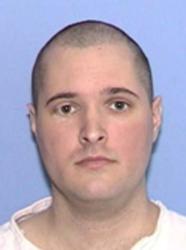 AUSTIN Texas (CNS) — The Catholic bishops of Texas praised Gov. Greg Abbott for stopping the execution of death-row inmate Thomas Whitaker shortly before he was to be put to death Feb. 22.

Whitaker will now serve life in prison without the possibility of parole.

“We offer prayers of thanksgiving that Thomas Whitaker was granted clemency and mercy has been shown,” the bishops said in a Feb. 22 statement. They called Abbott’s decision “an example of restorative justice.”

Whitaker, now 38, was found guilty and sentenced to death for plotting the December 2003 shooting deaths of his mother, Patricia, and his 19-year-old brother, Kevin, in their suburban Houston home. His father, Kent, was shot in the chest but survived. He has long asked for clemency for his son.

Whitaker took his family members out to dinner so his accomplice, Chris Brashear, could hide in their home. When they returned from dinner, Brashear shot up Whitaker’s family members. He was sentenced to 30 years to life after pleading guilty to murder.

“The murders of Mr. Whitaker’s mother and brother are reprehensible. The crime deserves severe punishment for the criminals who killed them,” Abbott said in his statement announcing clemency. “The recommendation of the Texas Board of Pardons and Paroles, and my action on it, ensures Mr. Whitaker will never be released from prison.”

A week earlier in a unanimous decision, the Texas Board of Pardons and Paroles had recommended clemency. Abbot said the board’s decision “is supported by the totality of circumstances in this case.”

“The person who fired the gun that killed the victims did not receive the death penalty, but Mr. Whitaker, who did not fire the gun, did get the death penalty,” he said. “That factor alone may not warrant commutation for someone like Mr. Whitaker who recruited others to commit murder. Additional factors make the decision more complex.”

Among those factors, he said, was the fact Whitaker’s father “passionately opposes the execution of his son” and feels he “would be victimized again if the state put to death his last remaining immediate family member.”

The Texas Catholic bishops said they were grateful to Abbott, the Texas Board of Pardons and Paroles, and “to all those who worked for mercy and justice in this case, including Thomas’ father and stepmother, Kent and Tanya Whitaker.”

“We remember and pray for the souls of the victims, Patricia and Kevin Whitaker,” they added.

They quoted Pope Francis: “No man ever, not even the murderer, loses his personal dignity, because God is a Father who always awaits the return of the son who, knowing that he has done wrong, asks pardon and begins a new life.”