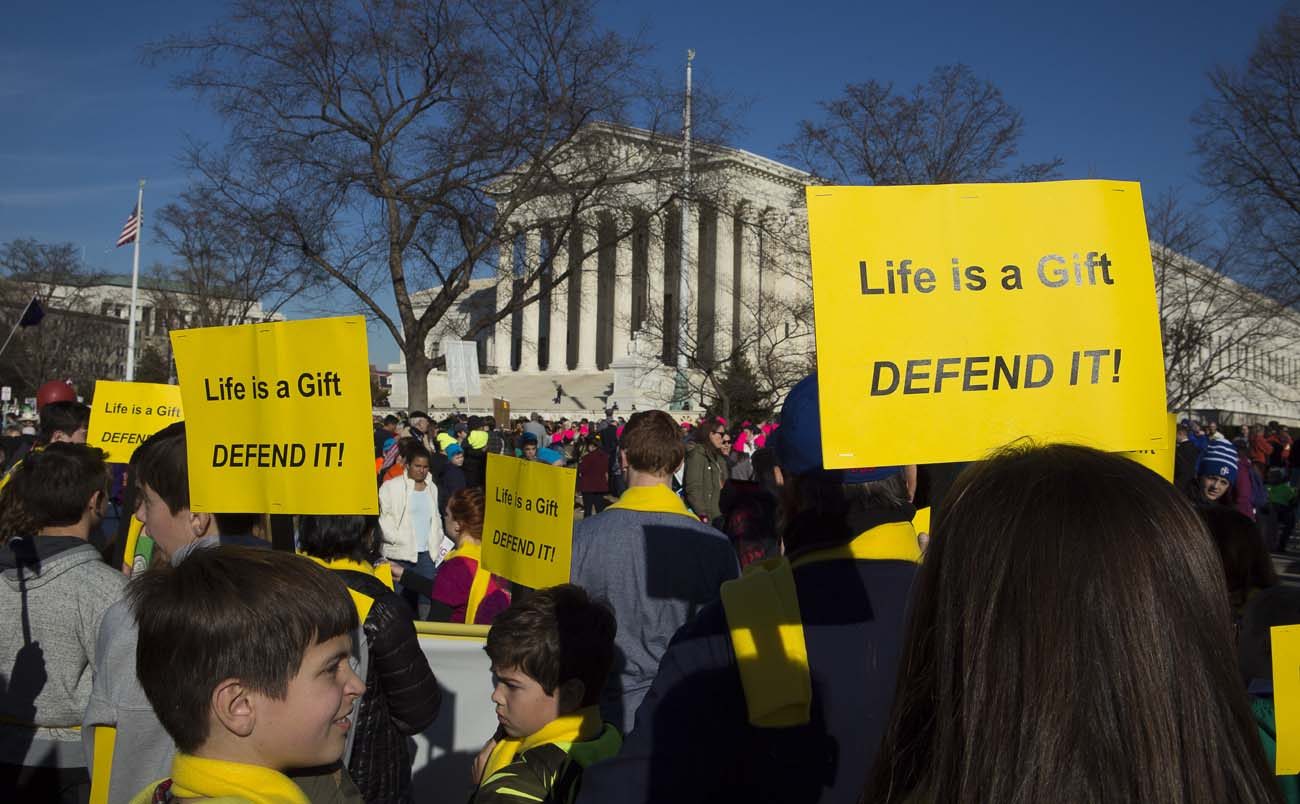 Pro-life advocates are seen near the U.S. Supreme Court during the annual March for Life in Washington Jan. 19. (CNS photo/Tyler Orsburn)

WASHINGTON (CNS) — A report on the Trump administration’s reinstatement of the “Mexico City Policy” shows that nongovernmental organizations “are willing and able to comply with this policy,” said the U.S. bishops’ pro-life committee chairman.

“That compliance does not appear to undermine delivery of appropriate health services,” said Cardinal Timothy M. Dolan of New York in a Feb. 8 statement.

The cardinal, who is chairman of the U.S. Conference of Catholic Bishops’ Committee on Pro-Life Activities, made the comments in reaction to the release of a six-month report on implementation of the policy, now called Protecting Life in Global Health Assistance.

The policy ensures that U.S. foreign aid does not subsidize foreign nongovernmental organizations that perform or promote abortion on demand.

In May 2017, the U.S. State Department put the reinstated policy into effect. Trump’s memorandum directed the U.S. secretary of state “to implement a plan to extend the Mexico City Policy to “global health assistance furnished by all departments or agencies.'”

Cardinal Dolan said the Trump administration has restored “our foreign assistance to its rightful goals of promoting health and human rights.

“Abortion undermines basic human rights, certainly for the child, and it also can wound the mother emotionally and physically,” he continued. “U.S. tax dollars have no business going to organizations that are unwilling to pursue health outcomes for every person and instead insist on promoting and imposing their abortion ideology on women and children.”

He said the six-month report “provides early evidence” that 729 out of 733 NGOs are complying with the policy.

The Mexico City Policy was first put in place by President Ronald Reagan in 1984. It was named for the city that hosted the U.N. International Conference on Population that year and where Reagan, then in his first term as president, unveiled it.

It was in place until President Bill Clinton took office. He revoked it in 1993, doing away with it so quickly following his inauguration that some participants in the March for Life, conducted two days after the inauguration, carried “Impeach Clinton” signs.

In 2001, President George W. Bush reinstated it in two days into his presidency, expanding it to include all voluntary family planning activities, then Obama rescinded the policy.

NEXT: Case on transfer of Archbishop Sheen’s body goes back to N.Y. court