If Catholic Church owns up to its racism, it can change, says scholar 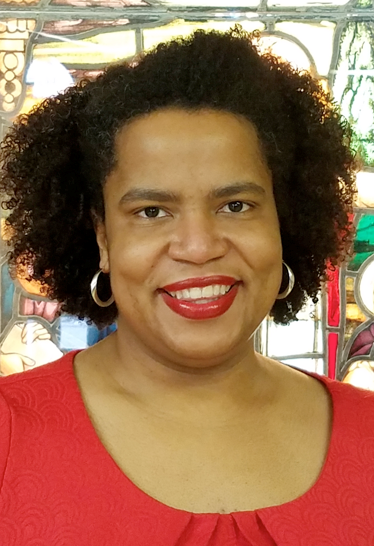 Tia Noelle Pratt, Ph.D., is a professor of the sociology of religion at St. Joseph’s University and a member of St. Matthias Parish, Bala Cynwyd.

Catholics make up roughly 25 percent of the population of the United States. Yet according to recent figures only about 7.5 percent of African Americans are Catholic. Why the disparity?

There may be many factors but Tia Noelle Pratt, Ph.D., who is an instructor in the sociology of religion at St. Joseph’s University, has a succinct answer – a legacy of systematic racism in the church.

In a lecture at the American Catholic Historical Society held in Philadelphia on Feb. 11 (Abraham Lincoln’s birthday), Dr. Pratt mentioned some of the most egregious examples.

For instance, in the 18th and 19th centuries the Jesuits owned plantation slaves then sold them in order to invest in more profitable ventures, including St. Joseph’s Church in Philadelphia.

Among other practices, the church administered sacraments to the slaves except for marriage because once sacramentally married it might problematic to break up their union by selling husbands and wives separately.

Later, free African Americans were relegated to a balcony or other less desirable spaces in a church for worship services. Consequently Black Catholics and even their children received holy Communion separately and after Caucasians.

Also, African Americans were rarely admitted to studies for the priesthood or religious life, a practice that held until recent decades.

“At the end of the day we are all Catholics,” Pratt said. “But our experiences are different because society is different. The church is not immune to that and we are only now starting to realize the impact of it.”

Up until the 20th century, most African Americans lived in the former slave states of the South and if they were Catholic either in Maryland or Louisiana. That is because Maryland was the only one of the 13 original colonies to be settled by Catholics and Louisiana was founded by Catholics from France. Logically the slaves followed the religion of their masters.

Pratt’s ancestors were from Louisiana, and they came north toward the end of the first wave of the Great Migration, probably in the 1940s, she estimates.

In her own childhood she began school up to sixth grade at West Philadelphia’s St. Our Lady of Victory Parish, where she was taught by Sisters of St. Joseph. This was followed by two years at St. Callistus with a lay faculty and for high school to West Catholic, from which she graduated in 1995, and then went on to Chestnut Hill College.

During her time Our Lady of Victory was mostly African American and there were a fair number of African Americans at St. Callistus and West. There was even was some diversity at Chestnut Hill.

Nevertheless during her college years she perceived that in much of the world, being black and Catholic were not seen as going together.

Her first love really was sociology, and her own personal experience as a Black Catholic led her to look at theology from a sociological perspective.

Her thesis was on “Identity Formation of African American Catholics,” and Pratt said she “wanted to learn why it was the way it was. I wanted to contribute and help break that myth,” she said.

While she is doing that through the study of the sociology of religions, scholars in other disciplines are doing the same, she noted.

Maybe it has taken hundreds of years, but progress is being made. “As a first step, the church must acknowledge the past and own it,” Pratt said.

Now that Pratt is back in the Philadelphia area, she misses New York and the Bronx on one level but overall it is good to be home. She is an active member of St. Matthias Parish in Bala Cynwyd, where she serves as both a greeter and lector, which can be tricky on occasion if she is both at the same Mass.

“It is a good parish and I’m happy to be a member,” she said.

Yes, she is well aware of the past injustices, and will continue to talk about them, but “I am an optimist and truly believe our church can change,” she said. “There are people working toward justice. The church can be fixed.”

PREVIOUS: With Mercedarians, Anne DeSantis leads ministry to the divorced