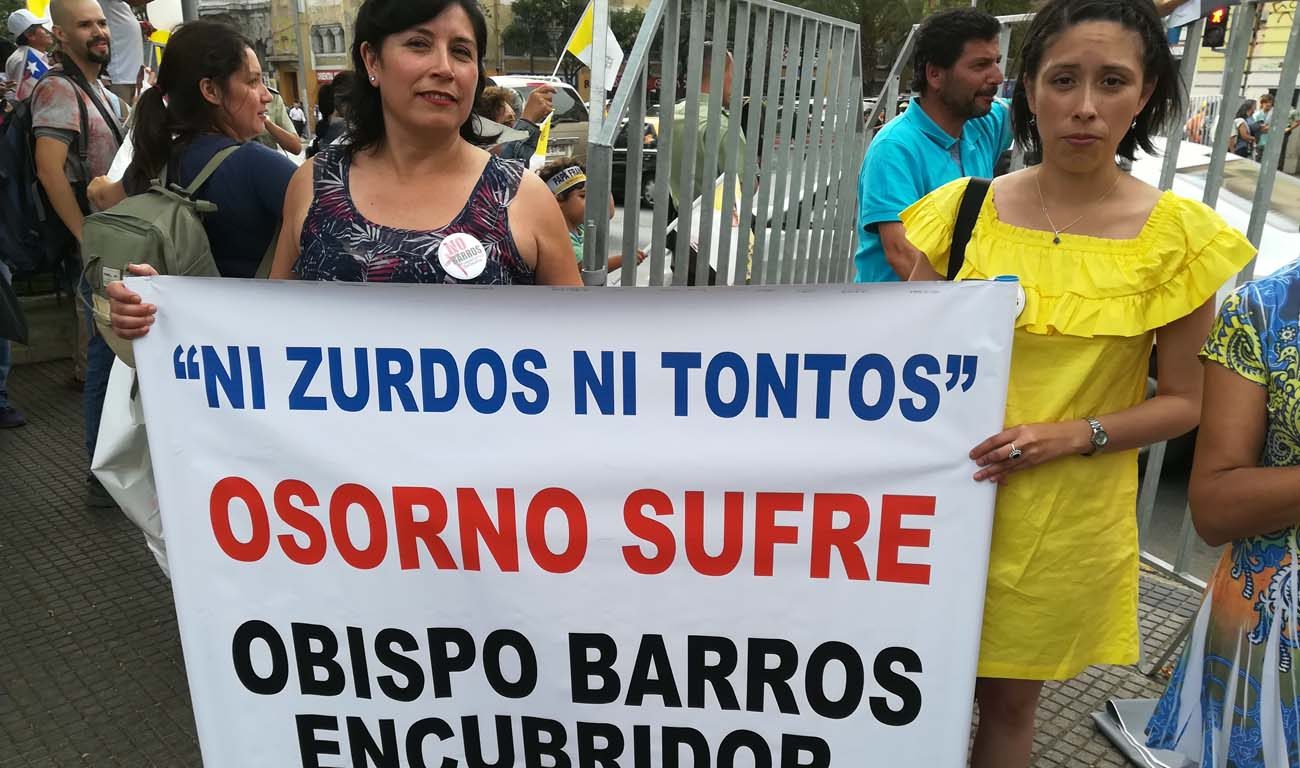 But many of the victims gave their testimony to a Spanish-speaking Vatican official after the main Vatican envoy underwent emergency surgery.

Archbishop Charles Scicluna of Malta underwent emergency gallbladder surgery in Chile Feb. 21. The next day, on Twitter, the archbishop thanked “all those who have kindly expressed their support and generously offered their prayers as I continue in my recovery. God bless!”

Archbishop Scicluna decided to make the trip to Chile even though he was not feeling well. While listening to testimony Feb. 20, he started feeling worse, but was determined to finish the day. He went to the hospital for a checkup later that evening.

After Archbishop Scicluna was hospitalized, Spanish Father Jordi Bertomeu Farnos, an official of the Vatican Congregation for the Doctrine of the Faith, continued hearing testimony. He also met with some Catholics from Osorno, a town in the south of Chile.

Abuse victims allege that Osorno Bishop Juan Barros — then a priest — had witnessed their abuse by his mentor, Father Fernando Karadima. In 2011, Father Karadima was sentenced to a life of prayer and penance by the Vatican after he was found guilty of sexually abusing boys. Father Karadima denied the charges; he was not prosecuted civilly because the statute of limitations had run out.

The victims’ spokesman, Juan Carlos Claret, said he was glad they could meet with Father Bertomeu.

“Unlike Scicluna, he’s a native Spanish speaker, so he doesn’t need a translator to help with our conversations,” Claret told Catholic News Service.

Claret said the controversy over Bishop Barros was dividing the Catholic community, and many people do not want a bishop they are convinced covered up for Father Karadima.

Pope Francis sent Archbishop Scicluna and Father Bertomeu to Chile after a controversy that reignited during the papal visit to Chile in January. Speaking to reporters, Pope Francis supported Bishop Barros and said, “The day they bring me proof against Bishop Barros, I will speak. There is not one piece of evidence against him. It is calumny.”

He later apologized to victims and admitted that his choice of words wounded many.

After their meeting with the Spanish priest, Claret and the other members of his team said they were very pleased that they are finally getting a chance to be heard. He said they spoke about the atmosphere in Osorno and how it is affecting the people living there.

Officials expect it will take Archbishop Scicluna up to 72 hours to recover and said he is determined to carry on with the hearings.

Archbishop Scicluna is president of a board of review within the Congregation for the Doctrine of the Faith; the board handles appeals filed by clergy accused of abuse or other serious crimes. The archbishop also had 10 years of experience as the Vatican’s chief prosecutor of clerical sex abuse cases at the doctrinal congregation.

On Feb. 20, the archbishop spoke to Chilean James Hamilton, who first met Father Karadima many years ago as a teenager in his parish in Santiago. Hamilton’s testimony about his abuse helped lead to Father Karadima’s conviction by the Vatican.

After Hamilton met with Archbishop Scicluna, he said, “I am sure that the information that comes from these talks will be truthful and sincere.”

Hamilton criticized Chilean church leaders, claiming they were “even capable of misleading the pope.” Hamilton accuses them of blocking his and other victims’ efforts to have their voices heard by the Vatican.

Jaime Coiro, spokesman for the Chilean bishops, said of the investigation, “This is a process where people are invited to be listened to, but there will be no response until the investigation is complete.”

Before coming to Chile, Archbishop Scicluna traveled to New York to hear from another of Father Karadima’s victims, Juan Carlos Cruz.

Cruz called the four-hour meeting “a good experience … I feel that I was heard, it was very intense and very detailed and sometimes eye-opening for them.”

During their visit to Chile, the Vatican team was scheduled to hold around 20 meetings with people who want to denounce Bishop Barros. All of them have been asked to send written documents containing their accusations.

“The pope needs to understand that is what survivors need — to be heard,” said Cruz.

NEXT: Inspiring pope: Francis often speaks of Paul VI’s influence on him