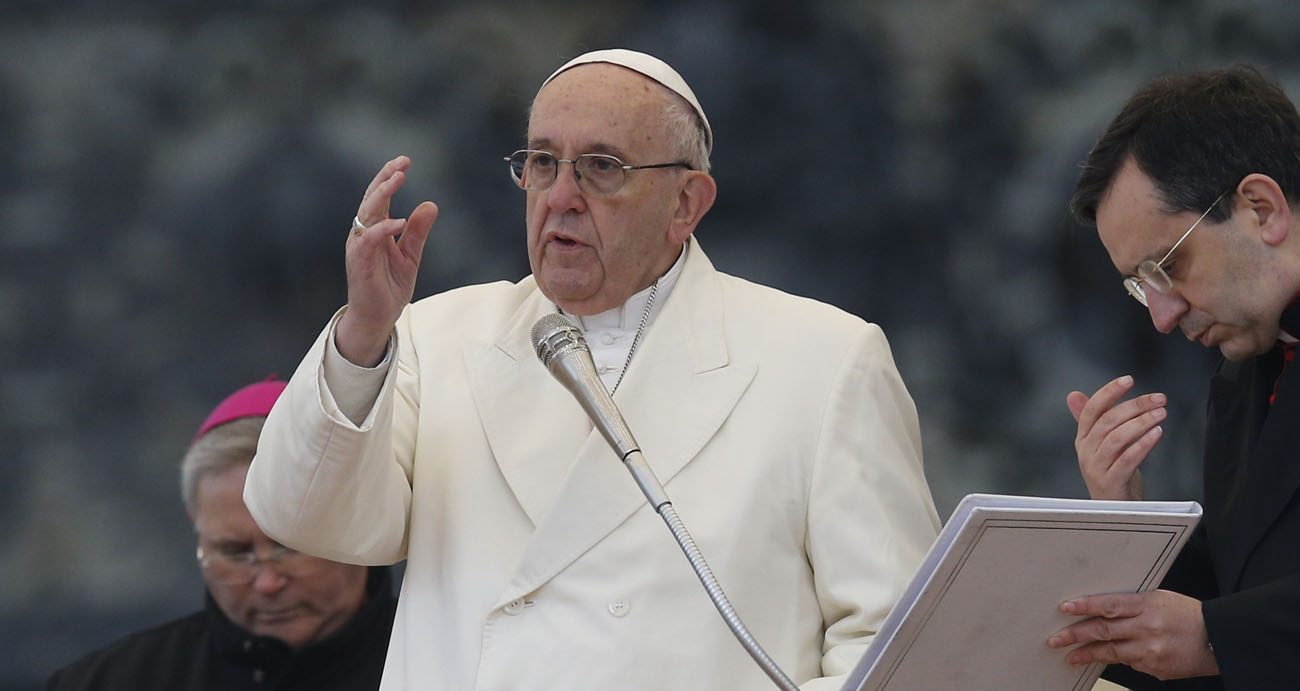 Pope Francis delivers his blessing during his general audience in St. Peter's Square at the Vatican in this Feb. 14, 2018, file photo. (CNS photo/Paul Haring)

VATICAN CITY (CNS) — Loudly boasting or complaining about fasting during Lent and treating others unkindly is not what God wants, Pope Francis said.

“Does my fasting end up helping others? If it doesn’t, it’s fake, it’s contradictory and it leads to the path of a double life. I pretend to be Christian — righteous like the Pharisees, the Sadducees — but inside I am not,” he said in his homily Feb. 16 at morning Mass in the Domus Sanctae Marthae.

The pope preached on the day’s first reading, taken from the prophet Isaiah, which condemned the false ways the faithful were fasting on a day of penance and the ways that are “acceptable to the Lord.”

Catholics who fast and boast aloud about their penitential acts are engaged in deception and are “rigging” true virtue, he said.

The only cover-up people should commit is covering their face with a genuine smile so others are unaware they are fasting and doing penance, he said.

Whether people can fast completely or not, he said, what matters is being humble, joyous and sincerely helping others.

True Lenten fasting calls people to reflect on their sins, feel shame and beg for God’s forgiveness, he added.

Think about every sin, even the ones that would cause embarrassment if they ended up revealed in the news, the pope suggested. “Yes, be ashamed.”

Finally, he said, what is needed is to reflect on and remedy one’s behavior and one’s treatment of others, particularly of those who are in need.

In the day’s reading, God asks people to set free the oppressed, shelter them and share with the hungry and homeless, the pope said.

This includes treating everyone in one’s life — housekeepers, employees, assistants — with respect.

“How do you treat them? Like people or like slaves? Do you pay them fairly? Give them vacation?” he asked.

Pope Francis said people should pray for the grace to be consistent in what they believe and do, and to live Lent with “feeling a bit of hunger” and lots of prayer.

NEXT: No youths should feel excluded from pre-synod meeting, cardinal says