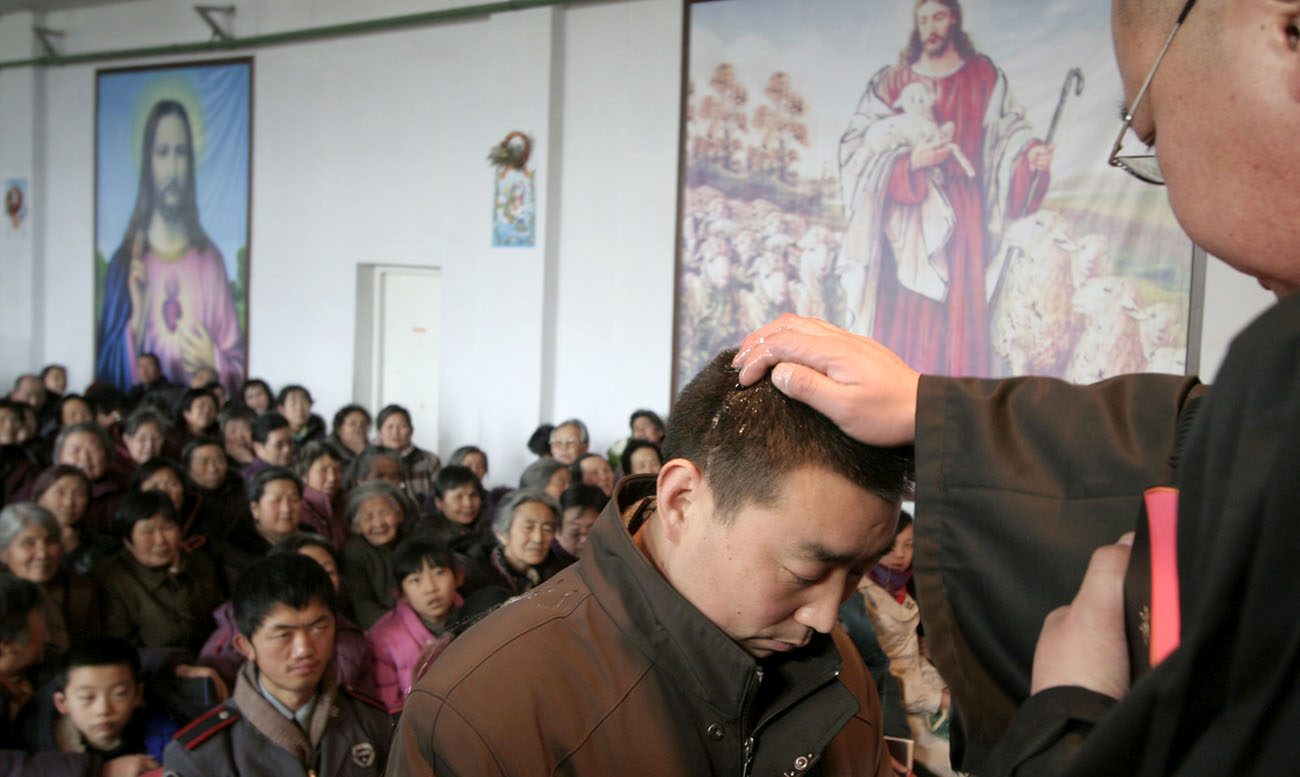 The Catholic Church in China registered 48,556 baptisms in 2017, according to a report by Fides, the news agency of the Congregation for the Evangelization of Peoples. In this Dec. 24, 2006, file photo, a man is baptized during a Christmas Eve Mass on the outskirts of Xining in northwestern China's Qinghai province. (CNS photo/Simon Zo, Reuters)

VATICAN CITY (CNS) — The Catholic Church in China registered 48,556 baptisms in 2017, reflecting the vitality and missionary strength of the Catholic communities there, according to a report by Fides, the news agency of the Congregation for the Evangelization of Peoples.

The figures likely are incomplete, however, given the difficulty of procuring data from Catholic communities in the rural parts of China, the report said.

But the numbers still “reflect the vitality and the missionary dynamism of a community that fully lives faith,” said the organization conducting the annual survey: the Faith Institute for Cultural Studies, a church-run organization based in Shijiazhuang. Fides republished the organization’s findings Feb. 15.

The province of Hebei — which consistently has the highest number of baptisms each year of all the Chinese provinces — topped the list again with 11,899 baptisms, the report said. The Archdiocese of Beijing registered 1,099 baptisms, while the Diocese of Ningxia had 128 new Catholics baptized. China’s northwest autonomous region of Xinjiang, where the majority of the population is Muslim, registered 66 baptisms. The Qinghai province had 54 baptisms, and isolated communities such as Hainan Island in southern China and Tibet had 38 and 11 baptisms, respectively.

“Evangelization in China is a long and difficult path to carry out,” it said. The organization also pointed out that its data represented “an invitation and a call because we must strengthen our faith and always go forward on our journey toward Christ.”

The organization encouraged all of the Catholic communities of China to maintain and continually improve upon their archives and parish registers so that a more complete set data can be collected in the future. It concluded by saying that its data is a means “to see the growth of the church and the work of evangelization accomplished by Christ.”