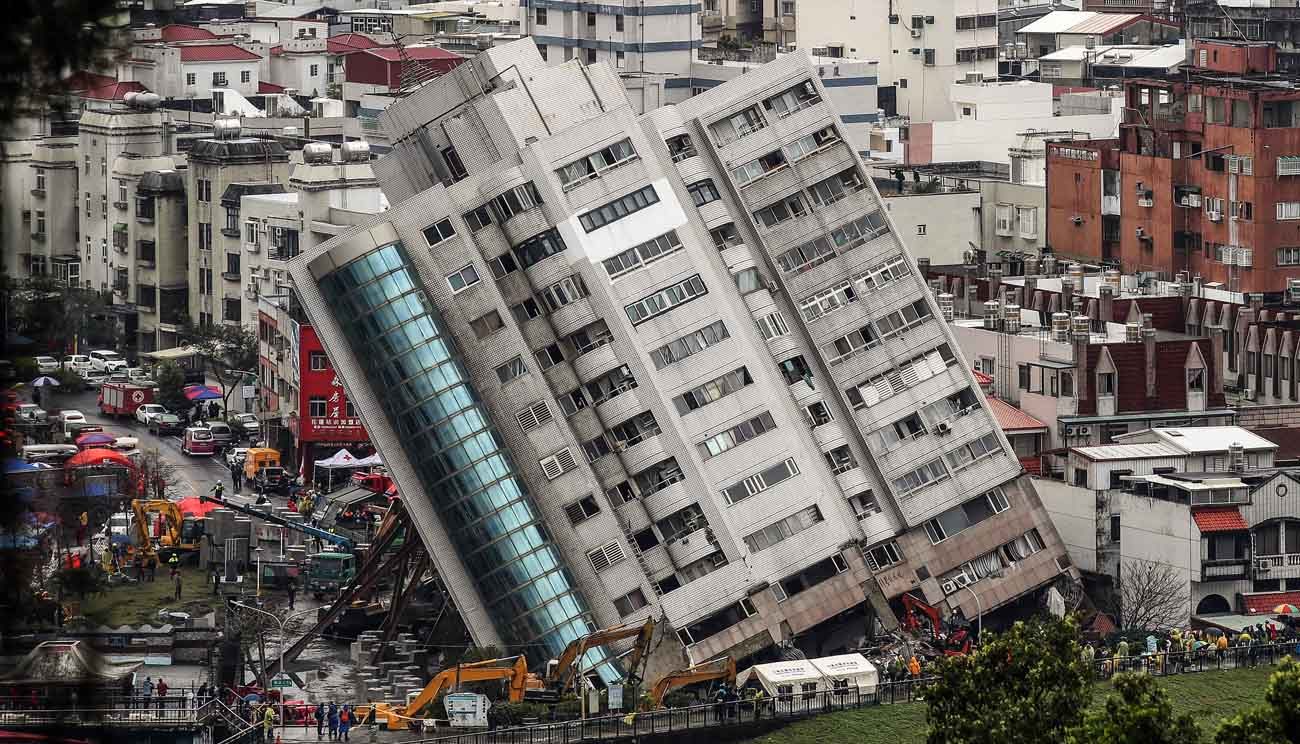 A building is seen pulled away from its foundation Feb. 8 following earthquakes in Hualien, Taiwan. Pope Francis expressed his solidarity with the people of Taiwan after two high-magnitude earthquakes devastated the island nation Feb. 6 and 7, killing at least nine people and injuring hundreds more. (CNS photo/Ritchie B. Tongo, EPA)

“As he encourages the civil authorities and emergency personnel engaged in the rescue efforts, His Holiness willingly invokes upon all the Taiwanese people the divine blessings of strength and peace,” said the telegram, signed by Cardinal Pietro Parolin, Vatican secretary of state.

A magnitude 6.4 earthquake rocked the east coast of Taiwan late Feb. 6. This initial earthquake caused immense destruction in Hualien, a coastal city, destroying smaller buildings and walls. It even left some skyscrapers and larger buildings leaning at sharp angles.

But almost before anything could be done, a second earthquake slammed the region. The magnitude 5.7 quake was centered in roughly the same area. The Associated Press reported Feb. 8 that more than 260 people were injured and 10 people remained unaccounted for in Hualien County.

In response to the tragedy, a high-ranking Japanese official announced that his country would dispatch a rescue team to aid in the search efforts for the remaining missing persons.

Meanwhile, Taiwan President Tsai Ing-wen took to Facebook to reassure her people. Tsai said she “ordered search and rescue workers not to give up on any opportunity to save people, while keeping their own safety in mind.”

Taiwan’s location along one of the many seismic faults that encircles the Pacific Ocean means the country frequently experiences earthquakes. The last major quake hit two years ago, causing the collapse of an apartment complex and resulting in the deaths of 115 people.

NEXT: Superpope to the rescue: T-shirt raises money for papal charity