Mass for persons with disabilities reminds of new life to come 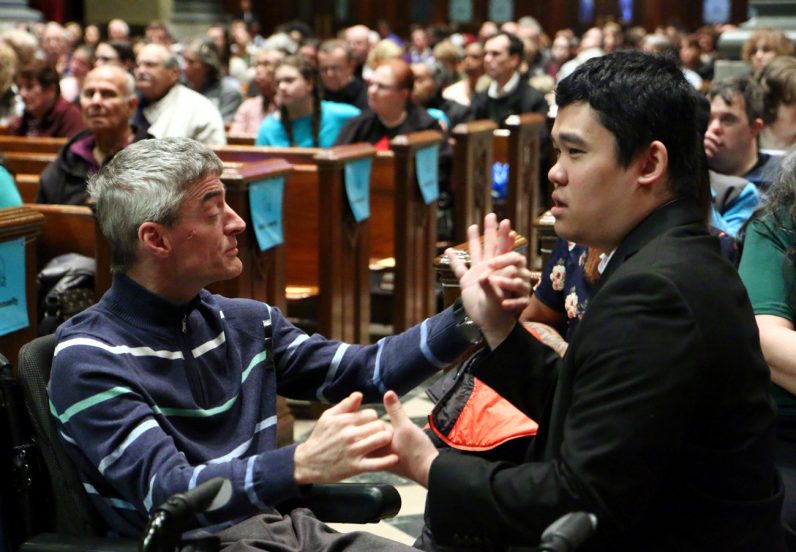 Saturday, March 24 was the Fifth Saturday of Lent, the last day before Holy Week, which commemorates the suffering and death of Jesus followed by his triumphal resurrection.

In the Archdiocese of Philadelphia this year, last Saturday was also the occasion of the annual Mass at the Cathedral Basilica of SS. Peter and Paul for the gifts of persons with disabilities, the deaf community and their family, friends and caregivers.

As is his custom Archbishop Charles Chaput was the principal celebrant and homilist, with children from various ministries participating at the altar. The first reading from Ezekiel was flawlessly read from Braille by Shannon Di Giuseppe, a student at St. Lucy Day School for Children with Visual Impairments.

Also serving on the altar were residents of Don Guanella Village and Divine Providence Village, both programs for women and men with developmental disabilities.

In his homily Archbishop Chaput spoke on the Gospel of the day in which Caiphas, the high priest, declared, “It is better that one man should die for the nation.”

“Part of being Christian,” he said, “is to have hope and we are told after our death we will have a new life and new birth and all disabilities will be taken away.”

The archbishop also thanked the families and caregivers of those with disabilities who sacrifice for the disabled. 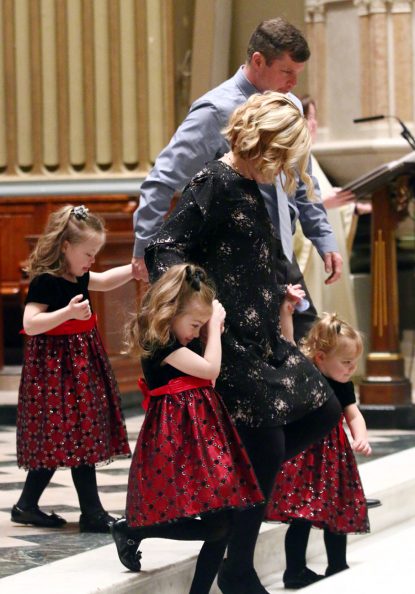 The Nicholl family from St. Katherine of Siena Parish in Philadelphia brings up the gifts during Mass.

In addition to family, friends and caregivers there were others volunteering for the day, including students from Neumann University, Roman Catholic High School, John W. Hallahan High School and Archbishop Carroll High school, according to Sister Kathleen Schipani, the director of the archdiocesan Office for Persons with Disabilities and the Deaf Apostolate. “This is a representation of the Body of Christ here,” she said.

“This is an important thing to do,” said Phoebe Leposki, a Hallahan junior and a member of St. Philip Neri Parish, Lafayette Hill. “I got a better insight into disabilities and I talked to so many people here who have a relative with disabilities.”

What was most striking was the family participation. Kimberly Nieves, a member of Cathedral Parish and mother of 13, attended with her little daughter, Maeve, who has intellectual disabilities. Maeve, she said, “was an addition to our family that has brought us all closer. We appreciate the archbishop’s encouraging words.”

That sense of family was also emphasized by the three little Nicholl sisters who brought up the gifts. Ella, the middle child, has intellectual disabilities and attends Our Lady of Confidence School. “Ella always wants to bring up the gifts in church,” said their mother, Christie Nicholl.

Msgr. Richard Bolger, the retired pastor of St. David Parish, Willow Grove, has been a consistent supporter of persons with disabilities for many years, especially because he had a sister with disabilities.

“It’s a privilege to be here,” he said. “The great consolation is we know they are all going to go to heaven. I wish we could all be in that great shape.”

Schools and institutions represented at the Mass were the Allegheny Valley School, Don Guanella Village, St. Katherine Day School, Archbishop Ryan School for the Deaf, Our Lady of Confidence School and  St. Lucy School for the Blind, among others. 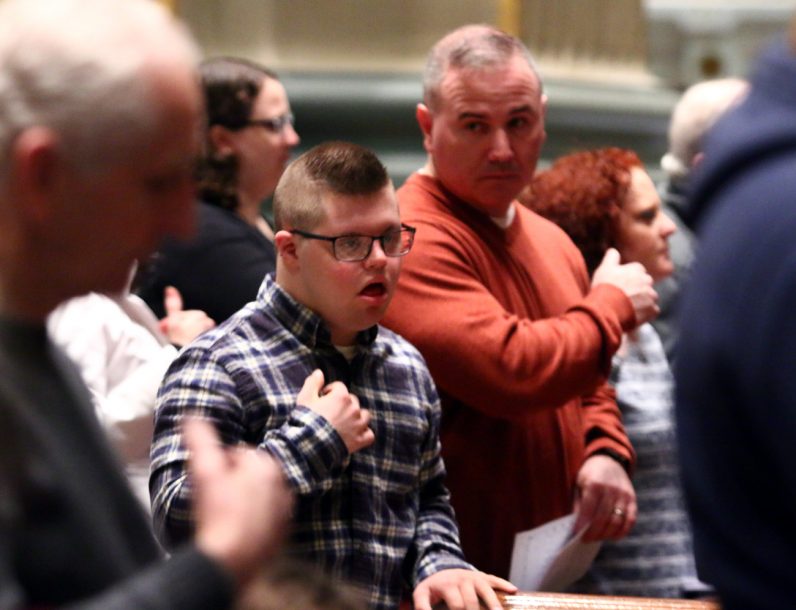 David Harkind Jr. (left) and his dad David Sr. bless themselves at the beginning of Mass.

NEXT: West Chester U students chat about life, family issues with archbishop