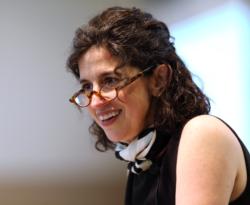 CATONSVILLE, Md. (CNS) — The U.S. government, which once made guarding the well-being of children a top priority, has now abandoned their interests in favor of the sexual wishes of their parents, according to a new book by law professor Helen M. Alvare.

In the abortion decision, the court prioritized “the wishes of the adults involved” and gave no consideration to the effects on children, whether in terms of possible pain to the unborn child or the consequences to other children in a family where an abortion has taken place, Alvare told Catholic News Service in a telephone interview March 12. 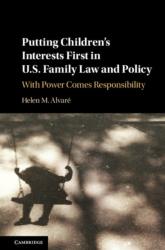 Although “individual states can protect the state bird, or the eggs of the state bird,” Roe made decisions about the fate of unborn children “all about the adults’ thinking about pregnancy and childbirth,” she said. “What only matters is the adult.”

Before Obergefell, “all of state law on marriage was about linking a child to the mother and father,” she said. The Supreme Court “could have defined marriage in a way that valued procreation or could have decided that it had no value,” she added.

Through the same-sex marriage decision, “states were forbidden from valuing children’s links to mother and father,” Alvare said. “That’s shocking.”

Alvare, who formerly taught at the Columbus School of Law at The Catholic University of America in Washington and before that served as the U.S. bishops’ spokeswoman on pro-life issues, said although the views expressed in her book are compatible with her Catholic background, they are informed more by her legal background.

“The church’s thinking affirms what reason says,” she said. “Just like my Catholicism followed from my reason, this book has a similar trajectory. As a family law professor I have a very strong interest in the well-being of children and particularly about the gap between the rich and poor and how family structure affects this.”

Alvare said there is “really robust data that children’s family structure matters a lot,” especially in the case of boys and their likelihood of marry or to father children outside of marriage. But the federal government offers “very few marriage assistance programs” and instead has partnered with groups such as Planned Parenthood and Power to Decide (formerly the National Campaign to Prevent Teen and Unplanned Pregnancy) that promote contraception, abortion and sex without responsibility, she said.

Some of those partnerships are “gone in the Trump administration, but they’ll be back,” she added.

To counter that trend, Alvare would like to see messages on every family- or child-related government website that state some simple truths: Sex has consequences. Contraception can fail and decisions about sexual activity need to take into account the child that might result from that activity.

“The family structure is formed at the moment of conception,” she said. “You should think of yourself as a possible parent when having sex. You should think about whether this sexual relationship can support the child that can result.”

Alvare said some see such messages as an attempt to make contraception illegal, but rather her goal is to convince people “let’s be responsible about what we say.”

She said she has sent the book to officials at the U.S. Department of Health and Human Services and followed up with phone calls asking them to “consider this please.” She said she has had “some favorable phone conversations, but I haven’t seen it in any (regulations) yet.”

“When the government does speak, it needs to assist parents to be responsible,” she said.

In addition to changes that can be made by the government, Alvare said there are things the average American can do to help reverse the prevailing trend that favors adults’ sexual expression over the well-being of children.

“Voting is one of those things,” she said. “Most candidates don’t think much about children, and they are not part of our political discourse at all. Adults have to carry children’s water on this.”

She also encouraged parents to be aware of what messages their local school boards are promoting in terms of sex education programs in schools.

NEXT: Parish helps the unemployed and abused deal with struggles