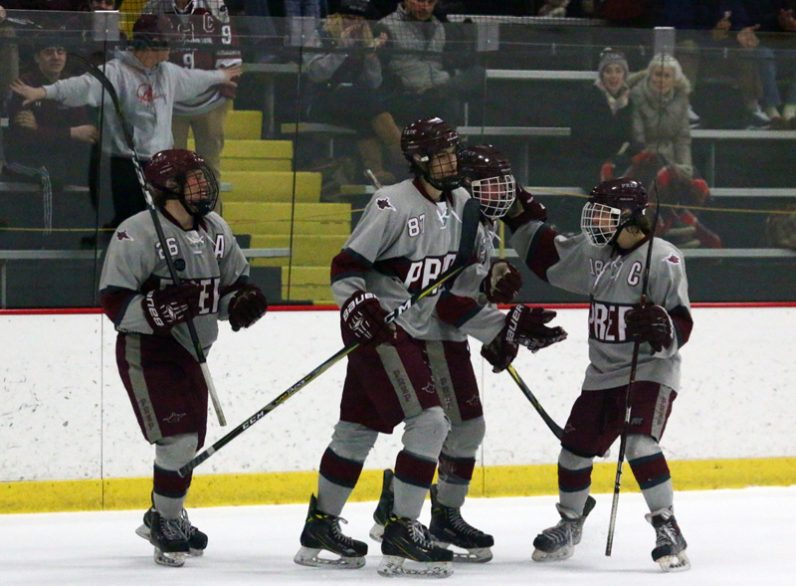 Holy Ghost entered the contest with an eight-game winning streak against the Prep. The Firebirds were also seeking their third Flyers Cup title in four years. The Hawks (26-4-1), nevertheless, proved to make this outcome different.

Forward Conor Ryan of St. Joseph’s Prep finished as the leading scorer in the tournament and took home the Bobby Clark MVP award.

Forward Luke Aquaro and defender Tom McNulty of Holy Ghost Prep were also members of the tournament team. The Firebirds conclude their year with a final record of 19-6.

The Prep got off to a fine start in the championship game as Ronan Egan scored with just seconds to play in the opening period and gave his team a permanent lead. Black provided the assist. The score did not change until late in the second period when Ryan scored unassisted.

Intensity grew as the third period progressed. Colavita extended his team’s lead to 3-0 when he found the net off a feed by Egan. Holy Ghost’s Max Massari tallied a goal two and a half minutes later and put an end to his team’s scoring drought. Aquaro and Casey Buck both assisted.

Teammate Timothy Wolfe scored to make it a tight 3-2 game but late in regulation Colavita registered his second goal of the night. Ninety seconds later, the Prep skated off the ice victorious and making its moment in history.

Stefano and Black led the way on defense, with the former racking up a total of 22 saves in goal.

“We got solid goaltending from Tory Stefano,” said Giacomin.

Following the Flyers Cup victory St. Joe’s moved on to the Class AAA title game and shut out Seneca Valley, 4-0, on Saturday, March 24 to achieve its second milestone in a week.