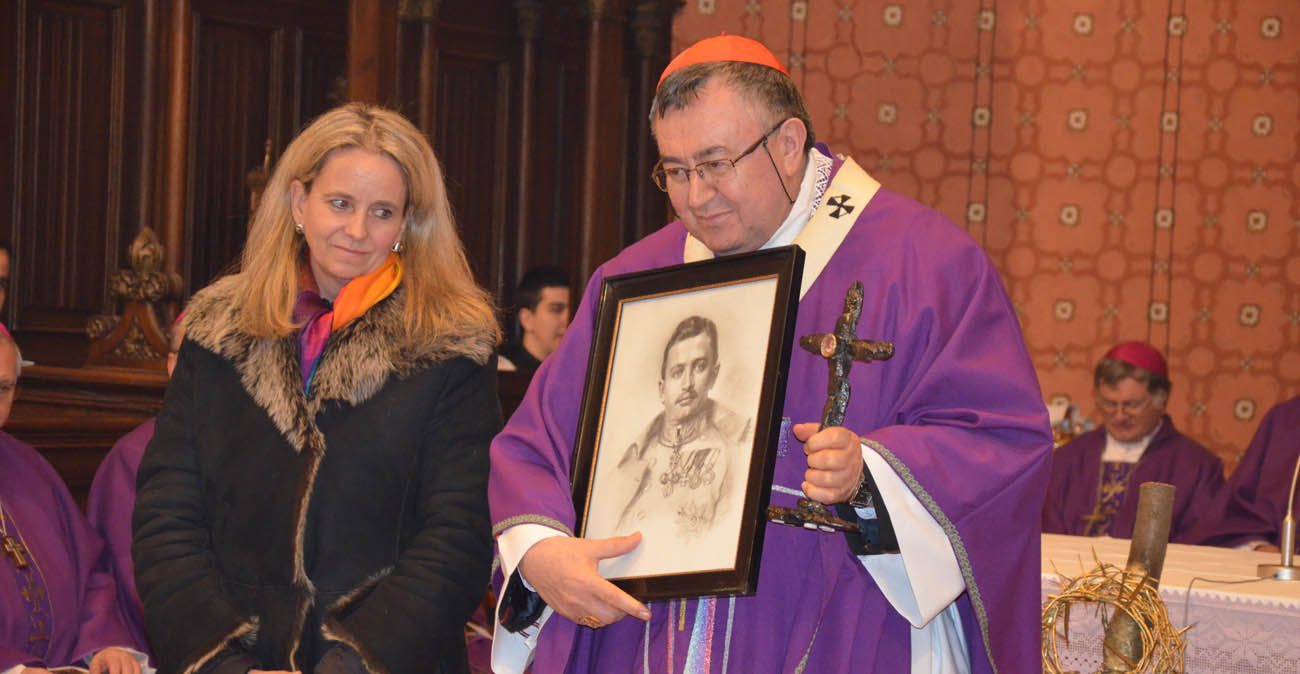 Cardinal Vinko Puljic, president of the bishops' conference of Bosnia-Herzegovina, holds a relic and picture of Emperor Charles I of Austria during a March 8 assembly in Sarajevo, Bosnia-Herzegovina. The emperor was beatified by Pope John Paul II in 2004. (CNS photo/Paul Wuthe, courtesy Katholische Presseagentur Osterreich)

World War I ended in 1918, and the meeting was part of the bishops’ decision to designate 2018 as a “Year of Remembrance.” During the meeting, they met with Bosnian bishops.

“One hundred years ago, the First World War came to an end. Millions of people had lost their lives. The remembrance of this catastrophe and the massive suffering should strengthen the goodwill of Christians and all people to strive for a peaceful coexistence,” the Austrian bishops said in a statement after the meeting ended March 8.

Paul Wuthe, spokesman for the Austrian bishops, said they wanted to show support for people of Bosnia-Herzegovina and the Catholic Church there.

He said the Year of Remembrance “is centered above all on the founding of the republic Nov. 12, 1918, and the end of Austria through the ‘Anschluss’ in 1938.”

During the meeting of the Austrian and Bosnian bishops, Bosnian Cardinal Vinko Puljic was presented with a relic of Blessed Karl of Austria who, as Charles I, was Austria’s last emperor. The relic, encased in a shell-splinter cross made by Austrian soldiers, was a special gift from the Kaiser Karl League of Prayers for Peace.

The Austrian bishops met with Metropolitan Hrizostom, head of the Serbian Orthodox Church in Bosnia, and discussed ecumenical dialogue and cooperation. The bishops also met with the grand mufti of Sarajevo, Husein effendi Kavazovic, and Jakob Finci, chairman of Sarajevo’s Jewish community.

The bishops said interreligious dialogue is an opportunity to achieve greater understanding with others and is of utmost importance.

“The Christian faith teaches us not to see one another as the stranger or the enemy, but rather as a person — specifically, as the image and likeness that God created like ourselves,” the bishops said.

NEXT: Millennials get pope’s call to ‘Make some noise!’