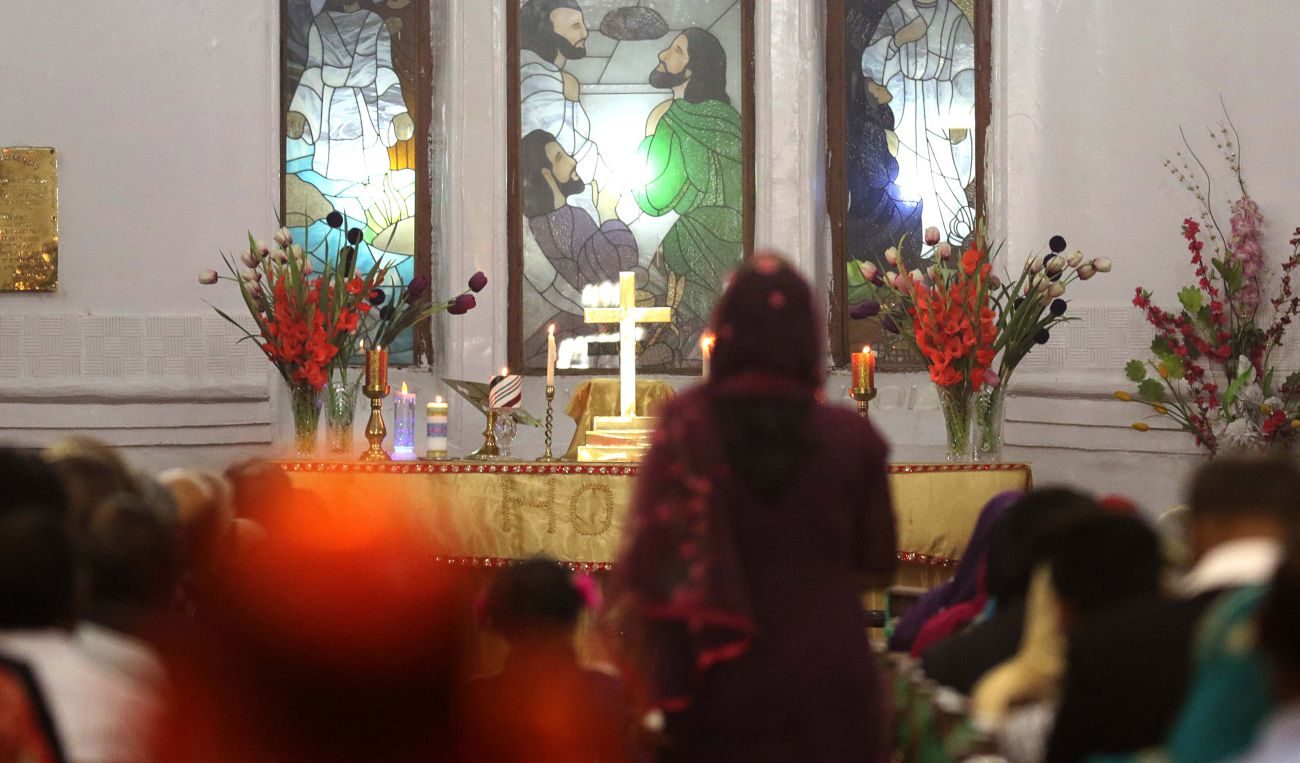 Sajid Masih, 26, jumped from the fourth floor of the Punjab headquarters of the Federal Investigation Agency in a suicide attempt Feb. 23. He fractured both legs.

Sajid was arrested with his cousin, Patras Masih, 18, for allegedly posting an insulting photo of the burial place of the prophet Muhammad on a Facebook account.

More than 200 Christians gathered March 2 in front of the Punjab Assembly in Lahore. Teams from Caritas Pakistan, the Catholic Church’s charitable agency, and the Catholic Commission for Justice and Peace attended the protest.

“Justice for Sajid, Justice for Patras,” cried Pastor Riaz Malik as he pointed his finger at a photograph of Sajid.

Sajid claims he was being punished for an act allegedly committed by his cousin and that security authorities had ordered the two men to engage in a homosexual act as they attempted to force confessions from them both. Critics say police duress in such cases is common in Pakistan.

Speakers at the protest demanded an independent inquiry into the case, a fair trial and access to justice for the accused.

The protest was organized by the Pakistan Christian Action Committee, formed at a March 1 meeting at the National Council of Churches in Pakistan. Organizers said the committee will function as a permanent ecumenical entity to counter the increasing cases of violence against minority Christians.

Archbishop Joseph Arshad, chairman of the Catholic Commission for Justice and Peace, Father Emmanuel Yousaf, national director, and Cecil Chaudhry, executive director, expressed their concern over the ill treatment of religious minorities in a Feb. 28 statement.

“The hatred and systemic discrimination fabricated in our society needs to be ended through state intervention in order to protect persecuted groups. Serious reforms in light of human rights standards are required for law enforcement authorities and the judiciary, which have failed in their duty to protect minorities,” they said.

They asked the Supreme Court to withdraw an attempted suicide report against Sajid because of his claim he was attempting to escape from physical and psychological torture while also being forced to sexually abuse his minor cousin.

“Security should be provided for the accused and their family in order to prevent the real and present threat of violence and to take strict action against the perpetrators,” the statement said.

According to the justice and peace commission, 18 cases of blasphemy were recorded in 2017. Accusations of blasphemy often result in mob attacks on minority communities.

PREVIOUS: Broader representation of women in church is a process, cardinal says