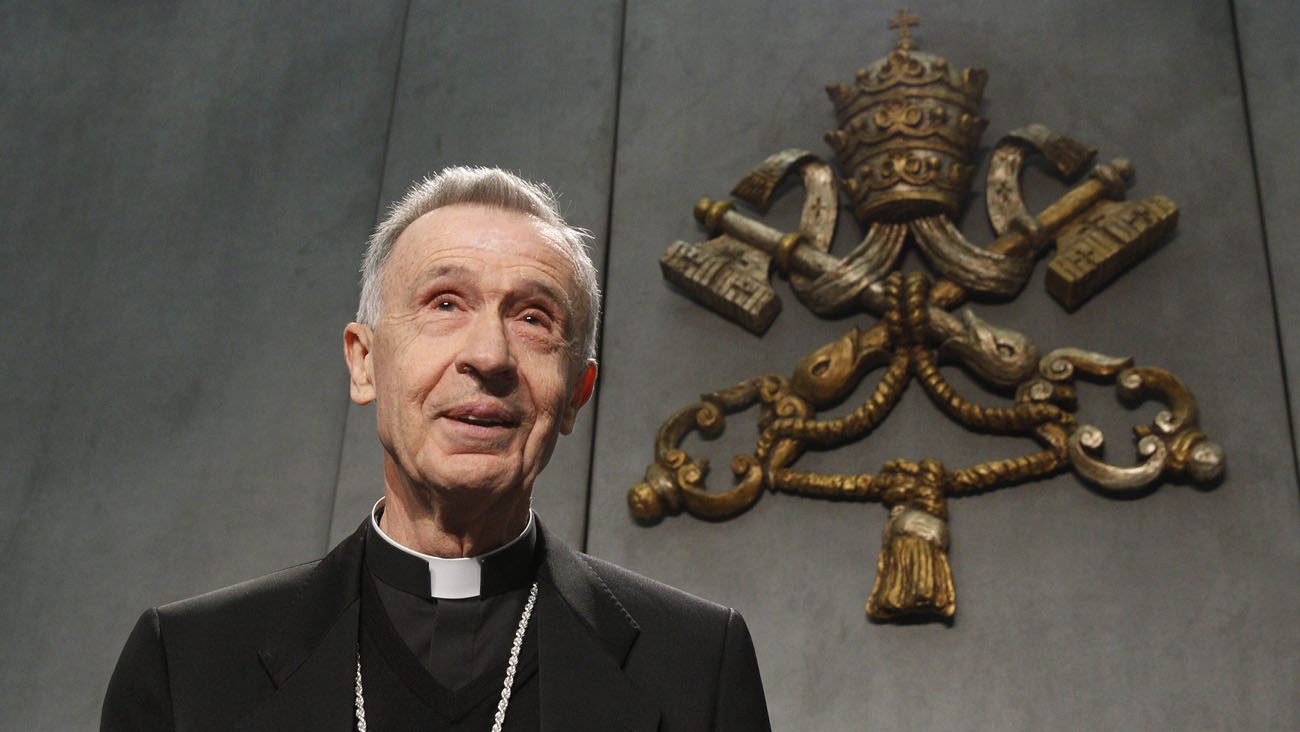 Archbishop Luis Ladaria, prefect of the Congregation for the Doctrine of the Faith, arrives for a news conference to present the document "Placuit Deo" at the Vatican March 1. The document, approved by Pope Francis, focuses on two errors the pope sees in a growing number of Christians. (CNS photo/Paul Haring)

VATICAN CITY (CNS) — Salvation in Christ is a gift of God that cannot be earned by human efforts alone, and it is not simply some kind of interior transformation, but touches the way Christians live in the world and relate to others, said a new document from the Congregation for the Doctrine of the Faith.

“Both the individualistic and the merely interior visions of salvation contradict the sacramental economy through which God wants to save the human person,” said the document “Placuit Deo” (“It Pleased God”) on “certain aspects of Christian salvation.”

Released at the Vatican March 1, the document was the first issued since Archbishop Luis Ladaria became prefect of the doctrinal congregation in July.

The document, approved by Pope Francis in mid-February, focuses on two errors Pope Francis has said seem to underlie the statements and attitudes of a growing number of Christians: neo-Pelagianism, the idea that people can save themselves by being strong and very disciplined; and neo-Gnosticism, in which the focus is so strongly placed on knowledge that it ends up despising the body, the physical needs of others and the creation of a community.

“Salvation cannot be reduced simply to a message, a practice, a gnosis (knowledge) or an interior feeling,” Archbishop Ladaria said in his presentation of the document. It flows from a personal encounter with Jesus Christ, which in turn leads to incorporation in the church and an effort to live as Jesus did, especially in attention to the poor and the suffering, he said.

Responding to reporters’ questions, Archbishop Ladaria said it is probably easier to identify traces of neo-Pelagianism than neo-Gnosticism because “we all have a tendency toward self-sufficiency.”

The document, he said, “does not want to point fingers,” but does want to draw people’s attention to “the tendency of self-sufficiency” and “the tendency of isolation, which does not take into account that salvation is something eminently communitarian.”

To respond to “both to the individualist reductionism of Pelagian tendency and to the neo-Gnostic promise of a merely interior salvation,” the document said, “we must remember the way in which Jesus is savior.”

“He did not limit himself to showing us the way to encounter God, a path we can walk on our own by being obedient to his words and by imitating his example,” it said, but he became the way, and a relationship with him is essential.

“Furthermore, this path is not merely an interior journey at the margins of our relationships with others and with the created world,” it said, because Christ “assumed the entirety of our humanity and lived a fully human life in communion with his Father and with others.”

Understanding the role of the church, “the community of those who have been incorporated into this new kind of relationship begun by Christ,” is essential for combatting the tendencies of self-sufficiency and isolation, the document said.

“The participation in the new kind of relationships begun by Jesus occurs in the church by means of the sacraments, of which baptism is the door, and the Eucharist is the source and the summit,” it said.

Reaffirming age-old Christian teaching, the document insisted “total salvation of the body and of the soul is the final destiny to which God calls all of humanity.”

Since the church is “the universal sacrament of salvation,” all Christians are called to share the good news of Christ and invite others to a relationship with him, it said. But, citing the teaching of the Second Vatican Council, it also said “Christians must also be prepared to establish a sincere and constructive dialogue with believers of other religions, confident that God can lead ‘all men of good will in whose hearts grace works in an unseen way’ toward salvation in Christ.”

“But it adds immediately,” he said, that “many elements of sanctification and of truth are found outside of its (the Catholic Church’s) visible structure.”

“It’s not that the church has turned back from this definition, this declaration, this affirmation of the Second Vatican Council. No,” he said. “Naturally, the Catholic Church is and will continue to be committed to ecumenism out of this conviction” that God is at work in other Christian communities as well.

“The church recognizes this and does so willingly,” Archbishop Ladaria said.

NEXT: Berlin Archdiocese grieves after murder of African-born pastor