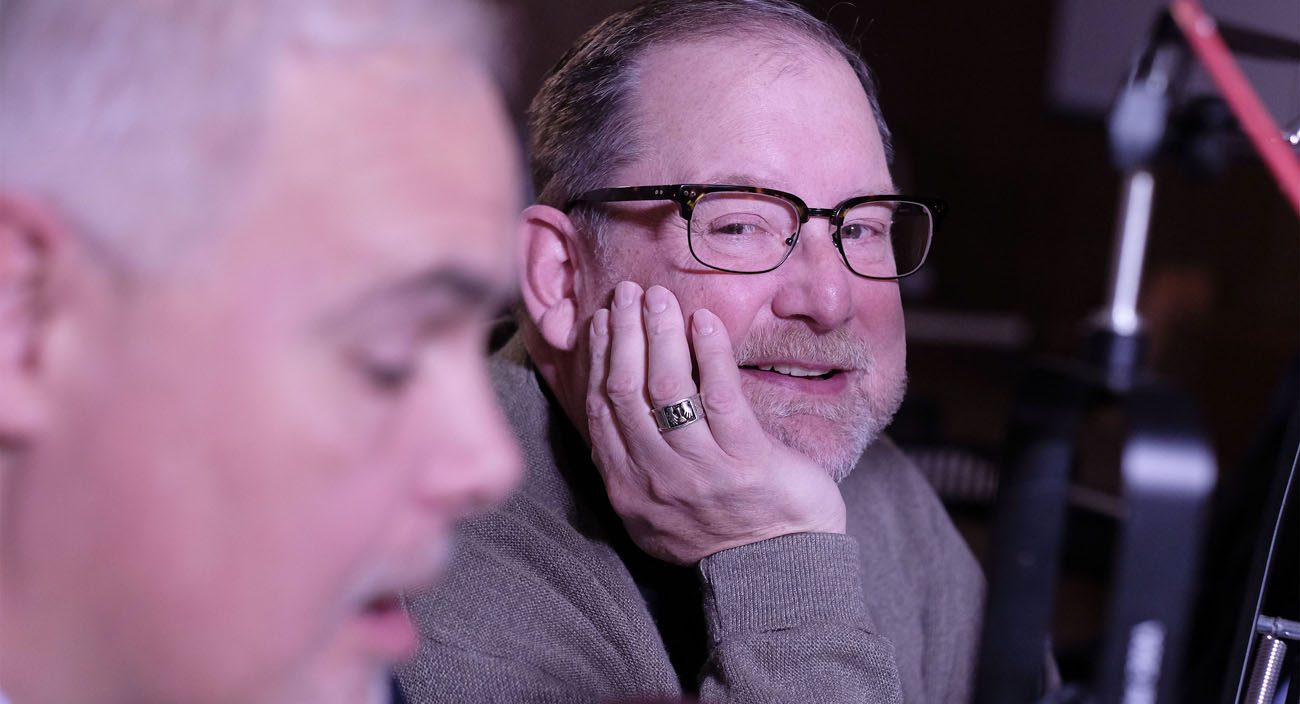 Some of those people serve the church.

Individuals associated with Guest House, a nonprofit, health care provider that specializes in addiction treatment for Catholic clergy and women religious, paid a visit to Sioux City to discuss this crisis.

One diocesan priest pointed out Guest House provided him with more than support during his struggle with addictive behavior.

“It saved my life,” he insisted.

Since 1956, Guest House has provided treatment and care to ensure Catholic clergy, men and women religious and seminarians suffering from alcoholism, addictions and other behavioral health conditions have the best opportunity for quality recovery.

Located in Orion, Michigan, about 40 miles north of Detroit, Guest House was founded by Austin Ripley, a nationally renowned mystery writer, who battled his own dependence on alcohol. Ripley believed his program would “save the individual; save the vocation.”

Ripley wrote about the challenges clergy face with alcoholism for Our Sunday Visitor, a national Catholic newspaper. Cardinal Edmond Mooney of Detroit backed the idea of a “Guest House” — both vocally and fiscally — as Ripley purchased the home of newspaper tycoon William E. Scripps for a campus.

Six decades later, opioid abuse consumed the public’s attention in 2017 as reports surfaced of the number of deaths from prescription drug overdoses.

Henrich has a background of more than 25 years in clinical practice and was named Guest House president and chief executive officer in August 2017.

Over his career, Henrich noticed that Catholic priests would enter Alcoholics Anonymous and not be able to stay with the program.

“They had a difficult time finding the support they needed — being the very public people they are — in a public program (such as AA),” he said.

“It certainly was the lowest point of my life,” admitted Father Paul Bormann of his acceptance of addictive behavior. “I’m a priest. I had let my parishioners down.”

Deacon Stark has been Guest House’s director of outreach since December 2017.

“When you see someone going through the challenges that addiction presents, then you see they have a sense of hope, then you see them discharged from Guest House, to go back to active ministry, it’s powerful,” he said. “It’s real spirituality.”

Father Bormann, who is residence at Mater Dei Parish in Sioux City, said his first stay at Guest House in July 2010 was a result of his dependence on drugs — Hydrocodone, Xanax and Ambien — prescribed to relieve pain associated with two surgeries on his foot and complicated by mixing the pills with alcohol.

The priest described hoarding roughly 90 Ambien, 800 Hydrocodone and a couple hundred Xanax. He remained at Guest House until Jan. 6, 2011, the feast of the Epiphany.

Father Bormann took the bag of drugs to his doctor and apologized to him.

“I think his eyes were truly open to my subterfuge in getting him to prescribe medications for me,” he said. “However, I had the responsibility of knowing what I was putting into my mouth.”

The priest “felt great,” for a while; then, out of the blue, a “cloud came down” and Father Bormann began experiencing bouts of anxiety and depression, while in treatment.

Trips to the Mayo Clinic resulted in a diagnosis of an anxiety disorder. Father Bormann embraced counseling, AA meetings and some medication, “and suddenly, I felt normal again.”

After more than five years of sobriety, Father Bormann gave into the false belief that he could control his drinking.

“The alcohol was screwing up the medication I was taking for the anxiety and I knew the addiction had taken over again,” he said. “I quit eating. I could barely walk from the pain in my feet. I knew I was in trouble.”

Father Bormann returned to Guest House and, following treatment, was dismissed on Aug. 31, 2017.

“Bishop Nickless and many of my brother priests have been very supportive of me,” he said. “I take every day as a gift from God and rely on the power of Christ to help me.”

Alcohol and drugs are not intrinsically evil, Father Bormann emphasized. “But when you cross the line into the disease of addiction, Catholic guilt often stops a person from seeking help, because you’ve heard getting drunk or being addicted is sinful.”

Father Bormann has shared his story with parishioners and from the pulpit.

“I need to allow others to see I’m a human being and I struggled with my addictions and I had a relapse,” he said. “The disease of addiction is heinous, baffling and powerful, but nothing to be ashamed of.”

Guest House founder Ripley had a tag line for his program that Henrich shared, “A safe haven for our clergy and religious.”

PREVIOUS: All Catholics have duty to ‘walk with’ their neighbors, bishop says

NEXT: ‘V Encuentro’ inspires Texas youth group to connect with other cultures