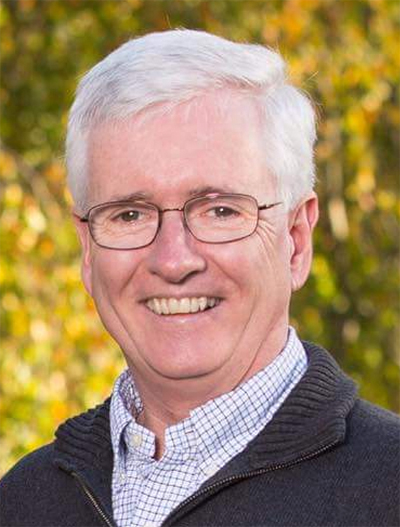 John P. Delaney Jr., director of the Archdiocese of Philadelphia’s Office for Investigations.

“The work of the Office of Investigation,” the archbishop said in a statement, “is critical to our efforts to protect children and ensure integrity within archdiocesan operations.”

While praising Toczydlowski for his excellent service in pioneering the work of Office for Investigations, he said, “I’m confident that Mr. Delaney is the ideal candidate to continue the work of this vital office. He has the right mix of leadership skills, professional background, credibility and energy to serve in this demanding position.”

It is the mission of the office to investigate any alleged illegal activities purportedly committed by clergy, lay employees or volunteers of the Philadelphia Archdiocese and related entities, and promptly report them to the appropriate law enforcement agency.

With that said, it was the scandal of unreported clergy abuse of children that precipitated the creation of the Office of Investigations in 2011.

You might say it was former Philadelphia Mayor Ed Rendell, when as city district attorney in the mid-1980s, who put Delaney on this new career track. He called the then-young attorney into his office and told him he was being assigned to the Child Abuse Unit.

Delaney was mystified because it was not a field that had ever occurred to him and he asked if there was a reason why.

“You know, with so many brothers and sisters, I think you can talk to kids,” Rendell explained.

He was right about that. John Delaney was the eldest of the eight children of John and Margaret Delaney. He went through St. Clement School in Southwest Philly, then on to West Catholic High. After getting his undergraduate degree at Notre Dame University he got his law degree from Villanova.

He and his wife Beth have three grown children of their own – Katie, Colleen and John. He’s an active member of Holy Family Parish in Manayunk.

While at Villanova Law School Delaney interned at the Philadelphia D.A.’s office and even got to work a few cases under supervision. He liked the experience and after he got his degree and was admitted to the bar, he was hired on.

One of the fascinating things he found about child sexual abuse is that it is much more common than usually realized. In almost every trial during jury selection of a child sexual abuse case there would be at least one person who said they were sexually abused as a child.

“I was surprised by that and the number of adults who are abusing children,” he said.

Because of more recent notoriety including such instances as the case of former Penn State University football coach Jerry Sandusky, “more victims are coming forward and telling what happened,” he said.

The challenge for prosecutors is that in so many cases the perpetrator is in the home or is a close family friend.

“There are threats and there is a wall of silence, Delaney said. “The child might be told, ‘If you say anything you and your mom will have to live in a trailer, or you won’t go to the Phillies games anymore, or you won’t go down to the seashore anymore.’

Delaney’s next appointment was to serve in Juvenile Court, with juveniles as the offender.

“In Juvenile Court it was trying to protect the community while holding kids accountable, but recognizing they are different than adults,” he said. “It is more about rehabilitation then punishment. The idea is to take kids who have done some wrong and help them to be responsible and productive. It is helping them to get off the wrong track and to stay on the right track.”

It is easy to get burned out in that type of work, seeing the worst in people, but Delaney thinks it is positive.

When his law school classmates get together and they ask how he can avoid becoming cynical because of his work, his answer is, “We prosecute 8,000 kids a year there are 160,000 kids in Philadelphia that we don’t.”

During all of it he’s kept his personal life in balance through activities with his own family and associating with people who are doing positive things — activities with various civic boards, especially the local Notre Dame Alumni Club.

At Holy Family Parish he is a lector and has been an extraordinary minister of the Eucharist, a vice chair of the Pastoral Advisory Council and a co-director of the Pre-Cana Program.

As a reader he prefers non-fiction especially history and biography, and is currently reading a life of St. Thomas More, who remains an ideal role model for lawyers to this day.

St. Thomas, of course, quite literally got the ax for following his conscience.

Delaney’s last post with the District Attorney’s Office was as first assistant district attorney from 2017 to 2018, which is as high as you can go in the D.A.’s office as a non-elected official.

Recently he got the figurative ax, as did a number of his colleagues. He left the office at the invitation of current District Attorney Larry Krasner. The City of Philadelphia’s loss is the Archdiocese of Philadelphia’s gain.

As to what Delaney believes he brings to the task, he said, “I think I bring years of experience in which I’ve developed a sense of fairness. I understand the need for impartial investigations. I understand that victims need to be treated with sensitivity and that alleged offenders need their rights to be protected so that the outcome of the investigation is a correct decision made by the people who are authorized to make those decisions. In the case of clergy members, it would be the archbishop.

“One thing that the bishops made clear in their Charter (for the Protection of Children and Young People) is that if there is an allegation of a sexual assault committed by a clergy person against a minor it should be reported to law enforcement,” Delaney said.

“In the past people didn’t talk about it and if they did it wouldn’t be believed. Even now when a priest is laicized some people say he was a great guy or he gave such good homilies or he was such a great pastor.”

How prevalent clergy abuse is, in Delaney’s view, is the same way he feels about young people.

“The majority of kids are doing the right thing and it is the same with our church,” he said. “The majority of priests are holy men who are helping us on the road to salvation. To the extent we need to separate out those who are not doing that we make the church stronger.

“We need to strike a balance and not be totally colored by the bad acts of a very small minority. It isn’t just priests and it isn’t just teachers or any single profession or age or racial group. It cuts across all society.”

As for his task ahead, he believes it comes down to three purposes laid out in the archdiocesan Policies for the Protection of Children and Young People: “The protection and safety of young people; the well- being of the community and the integrity of the church,” he said.

“I hope to contribute toward the progress of those three goals as much as Al Toczydlowski has done for the past seven years,” Delaney said. “I have come to understand the hierarchy in Philadelphia is committed to those goals.”

It is apparent John Delaney is also just as committed to them.

NEXT: Long road to priesthood began in Vietnam, will end in Philly