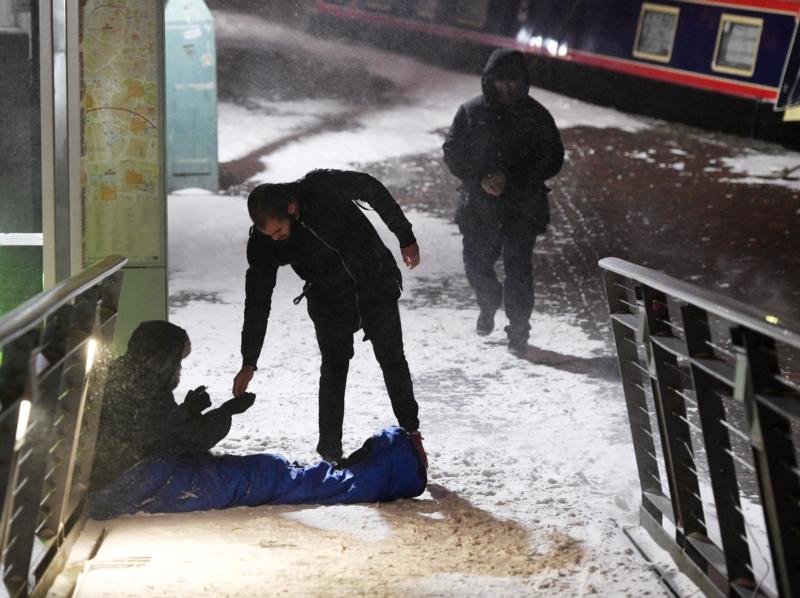 The report, published by Caritas Europa March 28 in Brussels, said Europe’s social climate had become harsher in the last decade, as the aftermath of the 2008 financial crisis particularly affected single-parent families, migrants and refugees, and disabled youngsters.

It added that difficulties in accessing social rights to housing, work and education were “delaying adulthood” and trapping young people in poverty and insecurity, reducing the prospect of raising families to “a distant dream.”

“Our alarming findings document the rising exclusion of young men and women, emerging sentiments of intergenerational injustice, and a loudening claim that the European pledge of equal opportunities and a leveling out of regional disparities is being broken,” said Caritas Europa, which has member-charities in 46 European countries.

“We see lasting social stigma, negatively affecting the poor, throughout European societies — polarization and growing inequality feed the phenomenon of blaming the most destitute families for their poverty,” Caritas Europa said.

The agency said it was alarmed to see poverty transmitted from “one generation to the next with long-term negative impacts for young people. In many ways, the social status of parents predicts the future of their children.”

Caritas Europa is one of seven regions of the Vatican-based Caritas Internationalis.

In a 2015 “crisis monitoring report,” Caritas Europa said poverty and exclusion affected a third of the population in some of the EU’s member-states and warned social unrest was fueling racism, xenophobia and distrust of political institutions.

In November 2016, it said the failure of social protection systems had left around 120 million Europeans “living in or at risk of poverty,” and it urged church members to speak up for the marginalized.

Introducing the latest 66-page report, “Europe’s Youth: Between Hope and Despair,” Caritas Europa’s secretary-general, Jorge Nuno Mayer, said Caritas workers had heard “thousands of sad stories” in their efforts to “stay in touch with people left behind,” and would always “come forward when rights are violated.”

He added that European societies appeared to have “loosened their commitment to social cohesion,” leaving the continent divided between “a better-off center and a crisis-strung periphery.”

The report recommended more focus on training, security, welfare and “quality of employment,” as well as on aligning government policies with “human rights obligations.”

Among 26 recommendations, it called on the EU to fight job discrimination and ensure affordable education and fair wages, as well as monitoring rents and preventing evictions, and integrating social and employment services.

“The pressure put on young people has increased significantly — this generation is likely to be the first worse off than their parents. Making them pay the bill for the crisis appears to be an act of intergenerational injustice,” the report said.

NEXT: In Mexico, ongoing violence continues during Holy Week