In Vatican visit, pope invites Villanova to be ‘workshop of encounter’ 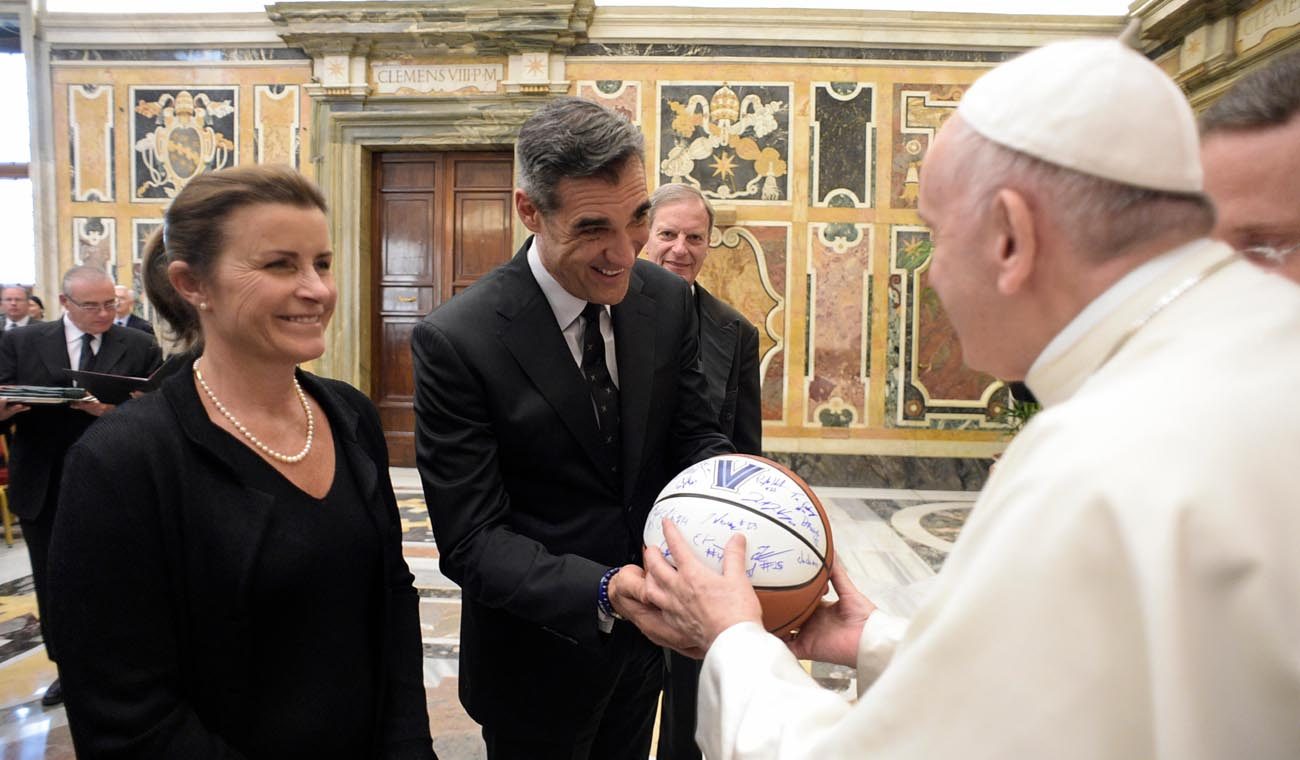 VATICAN CITY (CNS) — Catholic universities are “called to be workshops of dialogue and encounter in the service of truth, justice and the defense of human dignity at every level,” Pope Francis told a delegation from Pennsylvania’s Villanova University.

“It is my hope that in every aspect of its life and mission, Villanova University will persevere in its efforts to communicate the intellectual, spiritual and moral values that will enable young people to participate wisely and responsibly in the great debates shaping the future of society,” the pope said.

Administrators, top officials and members of the board of trustees from the Augustinian-run Villanova met the pope April 14 at the Vatican. At the end of the meeting, Jay Wright, head coach of the Villanova men’s basketball team, presented him with a ball signed by the team, which won the NCAA national championship two weeks earlier.

While the pope did not discuss basketball with his guests, he did offer words of encouragement and praise for the Catholic university, which he described as “an heir to the great Augustinian tradition.” Villanova was founded and is currently run by the Order of St. Augustine.

Villanova has a role to play in “the development of a universal, ‘catholic’ vision of the unity of our human family and a commitment to the practical solidarity needed to combat the grave inequalities and injustice that mark today’s world,” the pope said.