Irish pro-lifers launch ‘vote no’ campaign for referendum on unborn 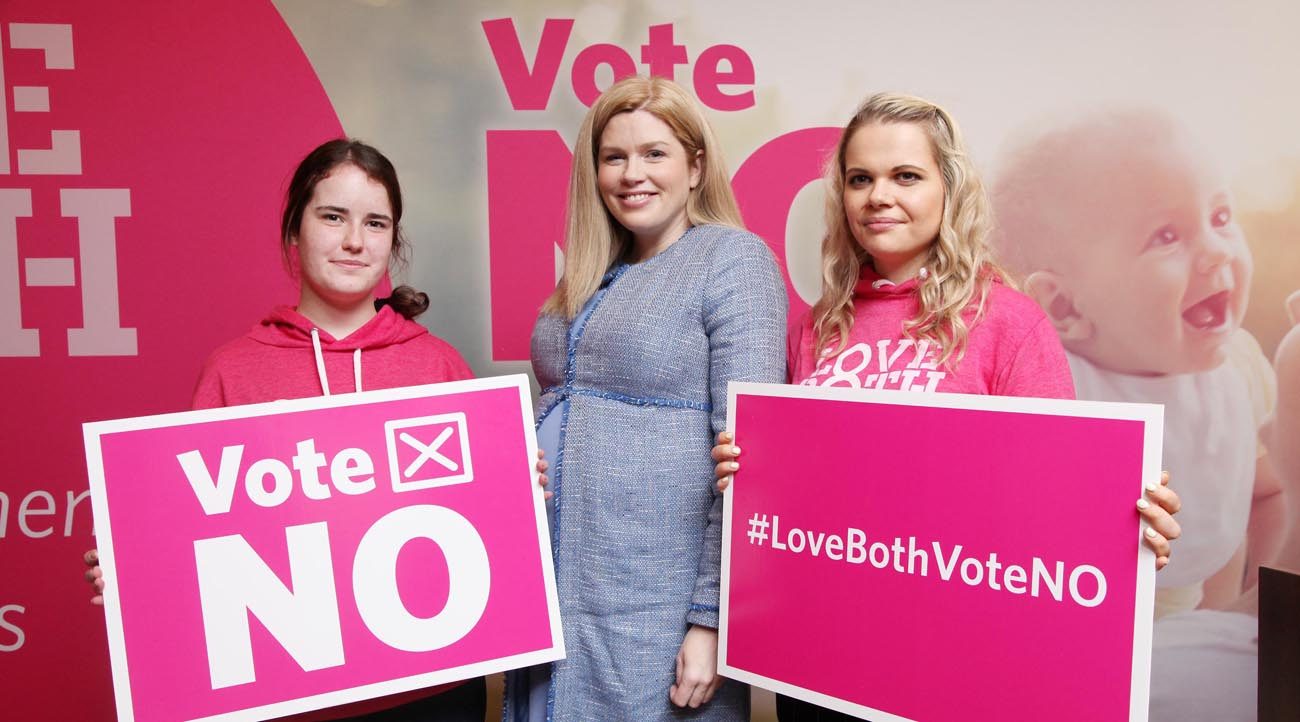 Amy Grenhan, Sinead Slattery and Miriam Smith pose at the launch of the Love Both campaign in Dublin. A May 25 referendum proposes to remove the Eighth Amendment to the Irish Constitution, which gives protection for unborn children. (CNS photo/courtesy John Mc Elroy)

DUBLIN (CNS) — Pro-life activists have launched a campaign urging citizens to vote no in a forthcoming referendum to remove the Eighth Amendment to the Irish Constitution. That amendment provides legal protection for unborn children “with due regard to the equal right to life of the mother.”

Launching their outreach in Dublin April 18, Caroline Simons of the Love Both campaign group warned that if the Irish Constitution is amended, “Ireland will go from being a country that protects unborn babies to one of the most extreme abortion regimes in the world.”

Minister for Health Simon Harris has said that if the amendment is repealed, he will propose legislation to provide for abortion without restriction up to 12 weeks’ gestation. However, the proposal would permit abortion at any time throughout the pregnancy if there is a risk to the life or health of the mother or if the unborn child is diagnosed with a condition that means they are not expected to live for long after birth.

Simons told Catholic News Service the government proposal “also allows for abortion on vague and undefined ‘health’ grounds, up to viability and even up to birth, where the baby has a possible terminal illness and in other circumstances as well.”

“Voters who support abortion in so-called limited circumstances need to know that what they hope for with repeal and what they’d get are two entirely different things,” Simons said. “A vote for repeal is a vote for abortion on demand.”

Some 3.2 million resident Irish citizens and British citizens living in Ireland are entitled to cast their vote May 25.