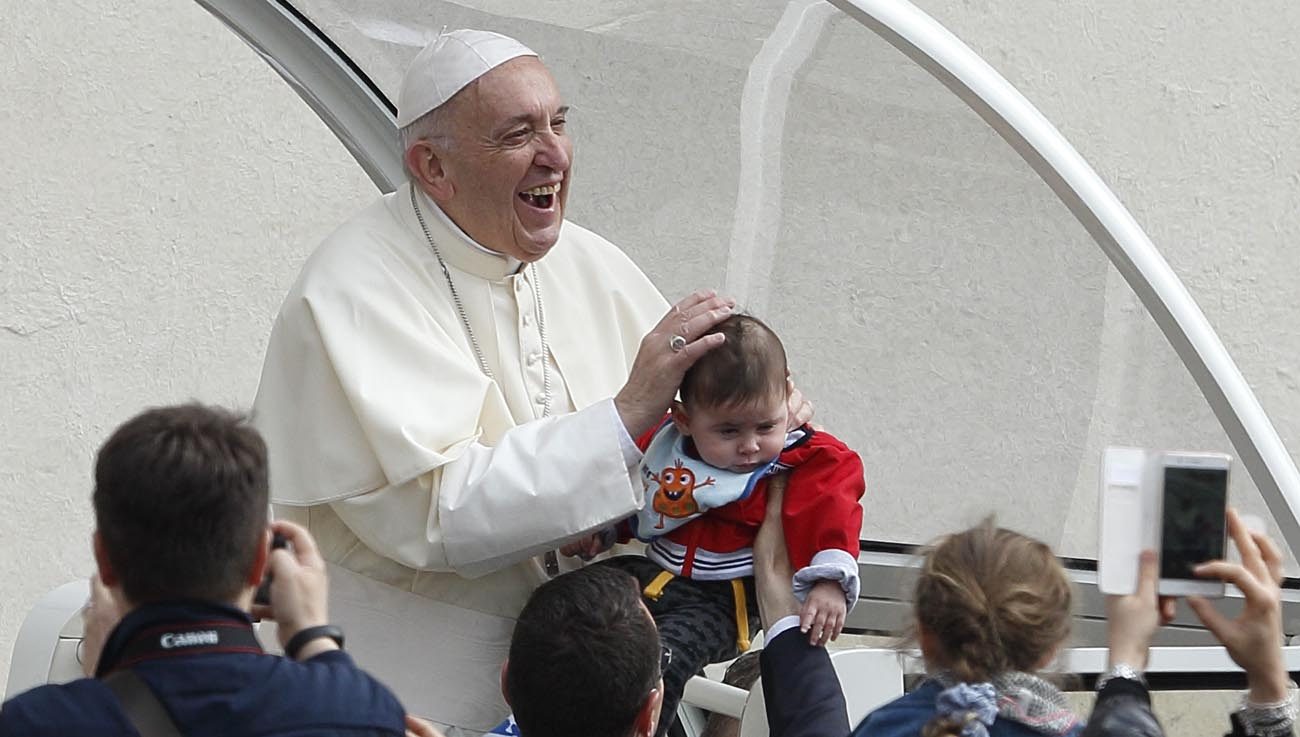 Pope Francis smiles as a papal security guard holds up a baby during his general audience in St. Peter's Square at the Vatican April 18. (CNS photo/Paul Haring)

VATICAN CITY (CNS) — Naming a child is an important task for parents, because it gives children a sense of identity and belonging to their family and to God, Pope Francis said.

“Without a name, we remain unknown, without rights and duties. God calls each one of us by name, loving us individually in the concreteness of our history,” the pope said April 18 during his weekly general audience.

“Therefore, the name is important. Parents think of the name to give to their child already before birth,” he said. “This, too, is part of the expectation of a child who, in his or her name, will have an original identity, including for the Christian life linked to God.”

Continuing his series of Easter-season talks on baptism, the pope said that a person’s name, asked during the welcoming rite of the sacrament, “takes us out of anonymity” and is the first step in a person’s journey as a Christian.

“Baptism ignites the personal vocation to live as Christians, which will develop throughout one’s life. It implies a personal response and not a borrowed answer that is ‘copied and pasted,'” he said.

Another important designation given to children and adults who receive baptism is the sign of the cross, the pope said.

Departing from his prepared remarks, Pope Francis once again asked parents and grandparents to teach their children how to properly make the sign of the cross, which at times “is not done well.”

“To make the sign of the cross when we wake up, before eating, when facing danger, to defend against evil and at night before going to sleep means telling ourselves and others who we belong to, who we want to become,” the pope said.

NEXT: In Henan, Chinese Catholics warned to follow rules on religious affairs