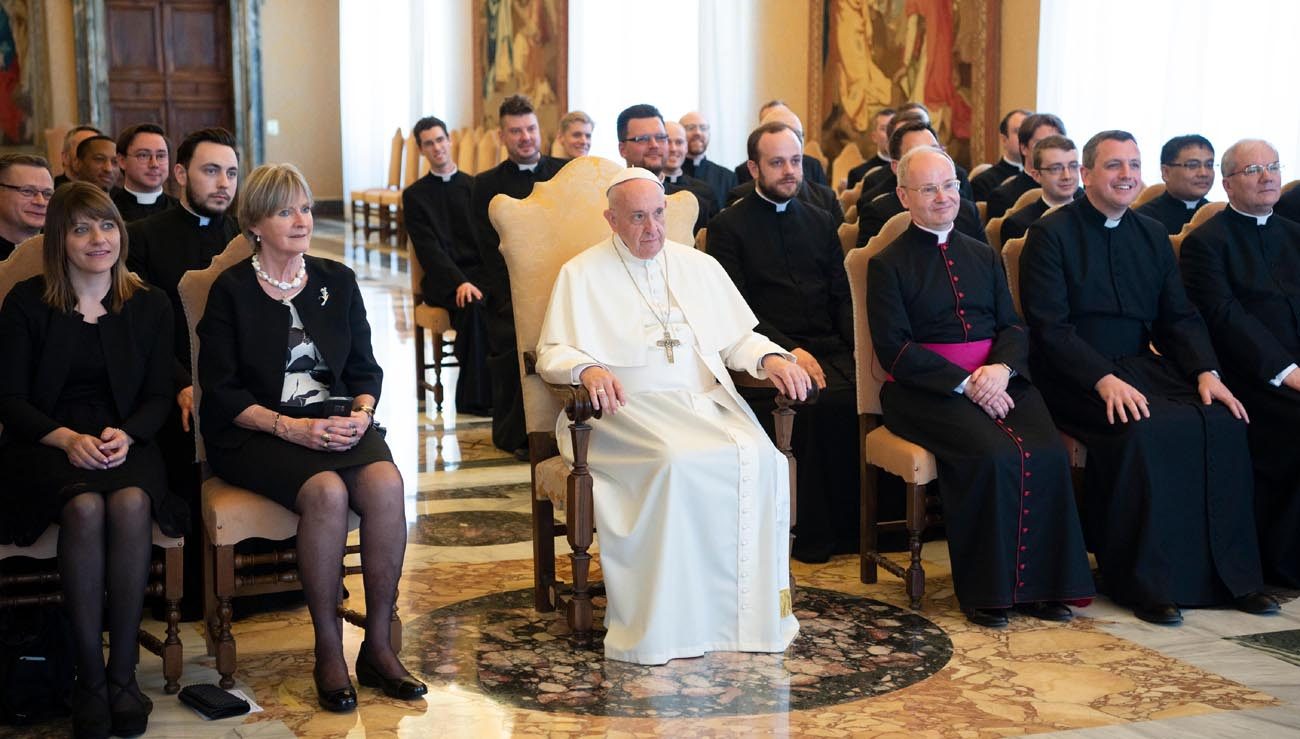 VATICAN CITY (CNS) — The current “culture of the temporary” makes it more difficult than ever for young people to make lifelong commitments to God, Pope Francis told a group of British seminarians.

“It is good to see young people preparing to make a firm and lifelong commitment to the Lord. But this is harder for you than it was for me, because of today’s ‘culture of the temporary,'” Pope Francis told staff and students from the Venerable English College, the Rome seminary of the bishops’ conference of England and Wales.

Love of God and neighbor are “the two foundation stones of our lives,” Pope Francis said before warning the seminarians of the “considerable obstacle that all of us face: fear!”

But, Pope Francis said, “by following the example of your heavenly patron, St. Thomas of Canterbury, who did not allow his past sinfulness or human limitations to stop him from serving God to the very end, not only will you be able to overcome your own fear, you will also help others overcome theirs.”

The pope also encouraged the students to nourish friendships among themselves and with people outside the seminary as they prepare for ordination. “By nurturing friendships, good and wholesome relationships that will sustain you in your future ministry, I trust you will come to cherish your real friends, who are not simply those who agree with us, but are gifts from the Lord to help us on the journey to what is true, noble and good.”

PREVIOUS: Ordaining new priests, pope asks them to be merciful