Paraguayan Catholics rejoice for beatification of one of their own 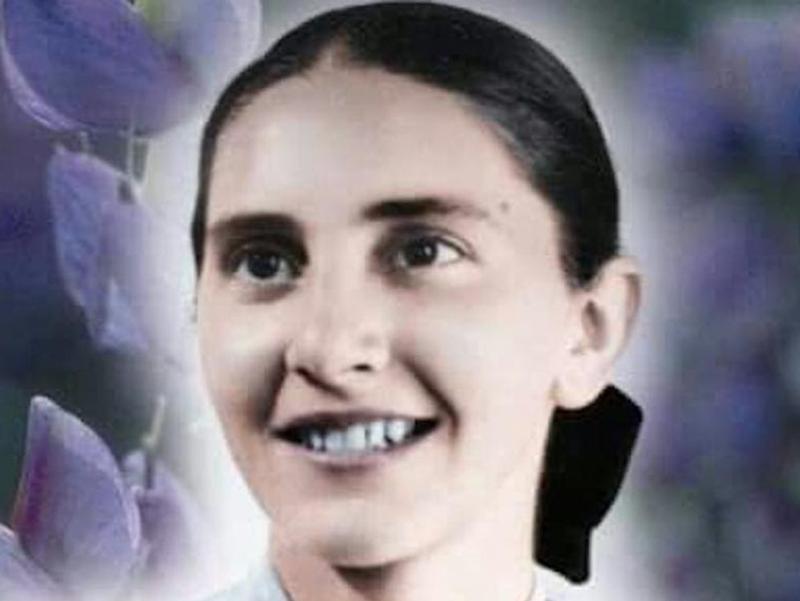 Servant of God Maria Felicia of Jesus in the Blessed Sacrament, known as “Chiquitunga,” is seen in this undated portrait. The member of the Order of Discalced Carmelites will be beatified June 23 in her native Paraguay. (CNS photo/courtesy Central Beatification Commission of Paraguay)

ASUNCION, Paraguay (CNS) — In rural Paraguay in 2002, a newborn who spent 20 minutes without signs of life after the umbilical cord was cut was declared dead after attempts to revive him failed. A nurse at the scene then prayed for the intercession of “Chiquitunga” and the baby came back to life.

The miraculous healing of Angel Ramon in the department of San Pedro was attributed to the intercession of the venerable Servant of God Maria Felicia of Jesus in the Blessed Sacrament in a March 7 decree announcing her beatification from the Congregation for Saints’ Causes.

The eldest of seven children, Maria Felicia Guggiari Echeverria was born in Villarica, Paraguay, Jan. 12, 1925. Chiquitunga, as she was popularly known, will become the first Paraguayan woman to undergo beatification, a step toward sainthood.

Maria Felicia was a member of the Order of the Discalced Carmelites when she died in Asuncion April 28, 1959, after contracting hepatitis.

More than 60,000 people are expected to attend the June 23 beatification Mass at the General Pablo Rojas Stadium in Asuncion, the Paraguayan capital.

“We have received as a gift and grace from Chiquitunga” the use of the stadium, Archbishop Edmundo Ponziano Valenzuela Mellid of Asuncion said at a news conference following the Vatican announcement.

Maria Felicia “led a life of missionary action and contemplation,” the archbishop said.

From the age of 14, she devoted herself intensely to prayer and the apostolate, and became involved in the Catholic Action of Paraguay. She worked with children, young workers, university students with problems, the poor, the sick and the elderly.

Filled with admiration for the “spirituality of a young woman,” the church in Paraguay wants Maria Felicia “to be the patron of Paraguayan youth because she is a model of holiness,” Archbishop Valenzuela said.

The beatification process was started in December 1997, and Pope Benedict XVI declared Maria Felicia venerable in 2010.

The last words of Chiquitunga, who took the Discalced Carmelite habit in 1955, were: “How happy I am! … What a joy to meet my Jesus! … Jesus, I love you, what a sweet encounter! Virgin Mary,” Anibal Casco, communications officer for the Paraguayan bishops’ conference, told Catholic News Service.

For the beatification Mass, Paraguayan artist Koki Ruiz will make an altarpiece with more than 20,000 rosaries donated by parishioners, Casco said.