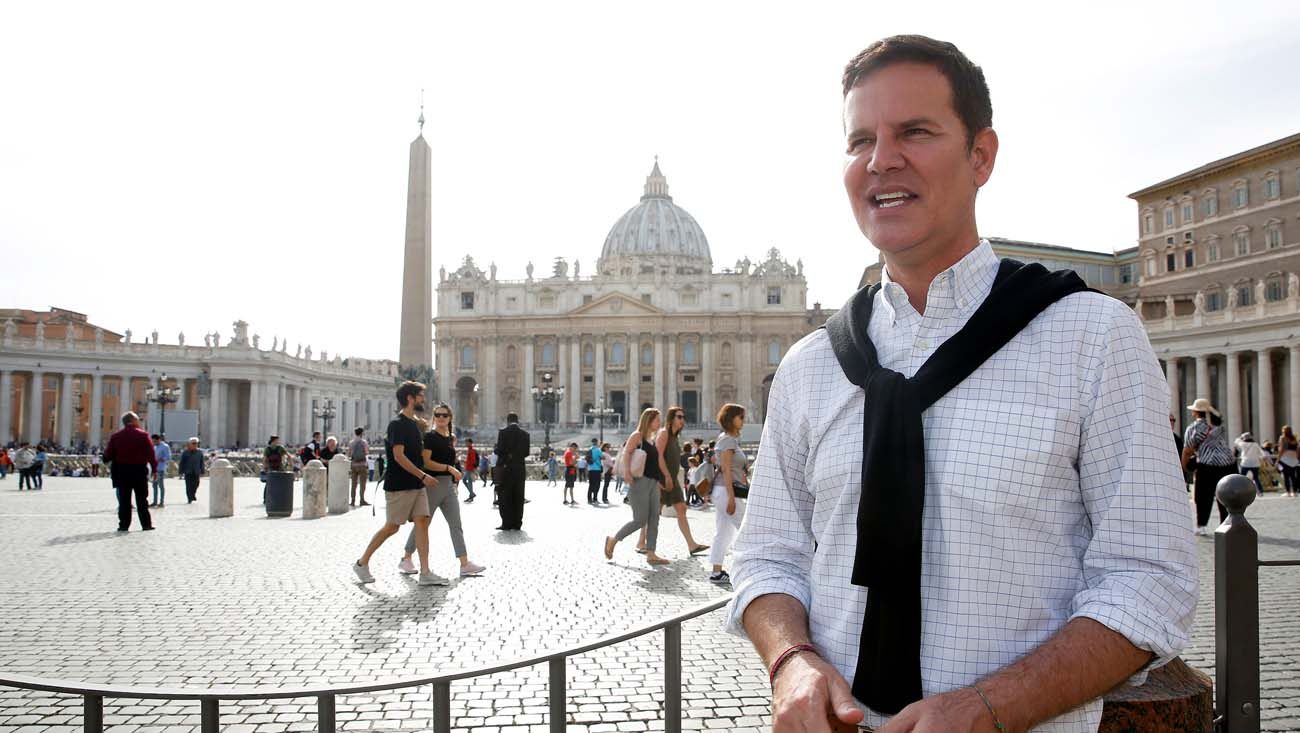 VATICAN CITY (CNS) — A survivor of clergy sexual abuse in Chile said he hopes his meeting with Pope Francis will be an opportunity to make a difference and bring an end to a culture within the Catholic Church that disparages victims and makes them feel guilty for coming forward.

“I hope that it is not just about me. I hope I can convey the pain of thousands of people who are still suffering, and that this is the beginning of the end of this culture of abuse and this culture of cover-up among bishops,” Juan Carlos Cruz said in a telephone interview with Catholic News Service April 25.

In a statement released by the Vatican April 25, Greg Burke, director of the Vatican press office, said Cruz, James Hamilton and Jose Andres Murillo will meet individually with Pope Francis and will stay at the Domus Sanctae Marthae, the Vatican residence where the pope lives. The pope’s individual meetings with the men will take place April 27-29 and then he will meet them as a group April 30.

“The pope thanks them for accepting his invitation,” Burke said. “During these days of personal and brotherly encounter, the pope wants to ask their forgiveness, share his pain and shame for what they have suffered and, above all, listen to all suggestions that can be made to avoid the repetition of such reprehensible acts.”

The Chilean survivors have alleged that Bishop Juan Barros of Osorno — then a priest — had witnessed their abuse by his mentor, Father Fernando Karadima. In 2011, Father Karadima was sentenced to a life of prayer and penance by the Vatican after he was found guilty of sexually abusing boys.

A short time later, the Vatican announced Pope Francis was sending Archbishop Charles Scicluna of Malta and an aide, Father Jordi Bertomeu Farnos, to Chile to listen to people with information about Bishop Barros.

Not all of the 64 witnesses spoke about Father Karadima and Bishop Barros; several of them gave testimony about abuse alleged to have occurred at a Marist Brothers’ school.

Burke said the pope called for prayers for the church in Chile and hoped the meetings would be “a crucial step to repair and forever avoid the abuses of conscience, power and especially sexual (abuse) in the heart of the church.”

Cruz told CNS that there is still much to be done in the fight against clergy sexual abuse, because the attempts at reform have failed to address a pervasive culture that treats historical abuses as “something that happened that’s already in recovery” when in reality it is “an open wound that keeps getting deeper.”

“I think we need to attack the problem head-on, directly, and deal with that,” he said.

While there are good people on the Pontifical Commission for the Protection of Minors, Cruz said it was “pretty shameful” that the commission has accomplished little in helping survivors.

Cruz said he intends to tell Pope Francis “all these things directly.”

“He wants to hear the truth, he has an open heart and he’s a good man and I’m excited in a good way to be able to speak about these things frankly and with respect with him,” Cruz told CNS.

After receiving more than 2,300 pages of documentation from Archbishop Scicluna, Pope Francis acknowledged he had made “serious mistakes in the assessment and perception of the situation, especially due to a lack of truthful and balanced information.”

In a letter to the bishops of Chile released by the Vatican April 11, Pope Francis asked “forgiveness of all those I have offended,” and said he hoped to “be able to do it personally in the coming weeks.”

The pope said he was convening a meeting in Rome with the Chilean bishops to discuss the findings of the investigations and his own conclusions “without prejudices nor preconceived ideas, with the single objective of making the truth shine in our lives.”

In separate meetings, Cardinal Ricardo Ezzati of Santiago met with priests in the archdiocese and with women religious to discuss the pope’s letter and to listen to their concerns and suggestions before the meeting in Rome.

At a news conference after the meeting April 19 with priests, Cardinal Ezzati said that those who have misinformed the pope “have committed a very serious offense” and must “recognize it, repent and repair the wrong they have done.”

However, Cruz has been highly critical of the cardinal and his predecessor, Cardinal Francisco Javier Errazuriz Ossa, and has accused them of misinforming the pope and causing damage “not only to survivors but also to clergy and Catholics in Chile.”

Regarding the pope’s meeting with the Chilean bishops, Cruz told CNS he hopes Pope Francis will hold accountable bishops who covered up abuse, rather than punish them “with a cushy job in the Vatican.” They should be replaced with good people because “the people in Chile have been pretty scandalized” by the behavior of several members of the church hierarchy.

“I hope too that this — what’s happening in Chile — sends a (message) to the universal church that this behavior will not be tolerated anymore,” Cruz said.