Toronto cardinal calls for prayers after van kills at least 10 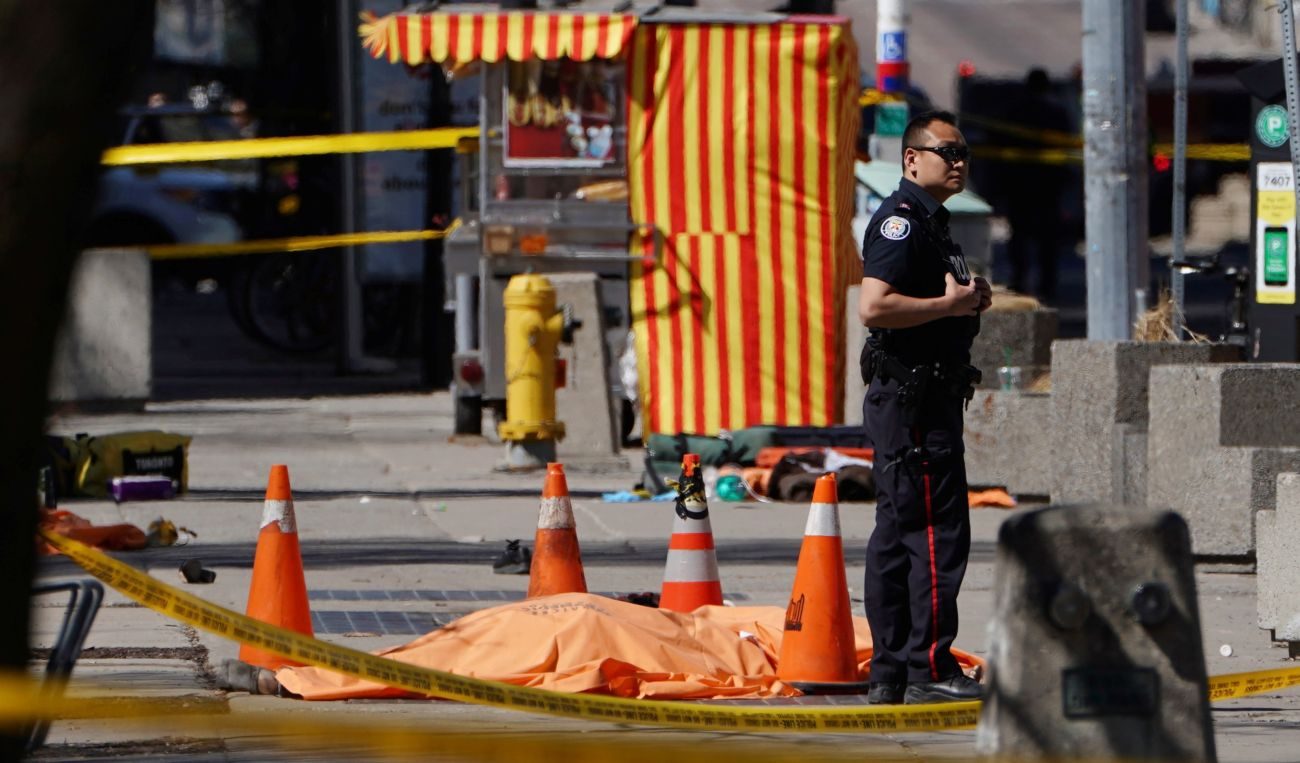 A police officer stands next to a victim at the site where a van struck multiple people at a major intersection in Toronto's northern suburbs April 23. At least 10 people were dead and 15 were injured, authorities said. (CNS photo/Carlo Allegri, Reuters)

TORONTO (CNS) — Toronto Cardinal Thomas Collins called for special prayers after a van jumped a curb and killed at least 10 people on a busy Toronto street.

Although officials said the April 23 incident did not appear to be terrorism, they said it did appear to be deliberate. Cabinet members from leading industrialized nations were meeting in Toronto in preparation for a G-7 summit in Quebec in June.

“I invite the Catholic community across the Archdiocese of Toronto to join me in offering our prayers for all those who were killed and injured in the violent incident earlier today,” the cardinal said in a statement. “I will be asking all 225 Catholic churches in the Archdiocese of Toronto to offer special prayer intentions this week for all those who have suffered. Let us all unite in our efforts to bring comfort and care to those who are hurting today.”

Authorities identified the driver as Alek Minassian, who was charged with 10 counts of first-degree murder. The Associated Press reported witnesses said he appeared to intentionally jump a curb in the North York neighborhood as people filled the sidewalks on a warm afternoon. He continued for more than a mile, knocking out a fire hydrant and leaving bodies strewn in his wake.

Basilian Father Thomas Rosica, CEO of the Toronto-based Salt and Light Catholic Media Foundation, tweeted: “Death toll of today’s horrific accident is now at 10 with many more in critical condition. Tonight we celebrated Mass for all who have died. Such senseless, horrible killing of many innocent people who were outside enjoying our first taste of spring. God bless Toronto tonight.”

NEXT: Murdered Hungarian youth pastor to be beatified as martyr