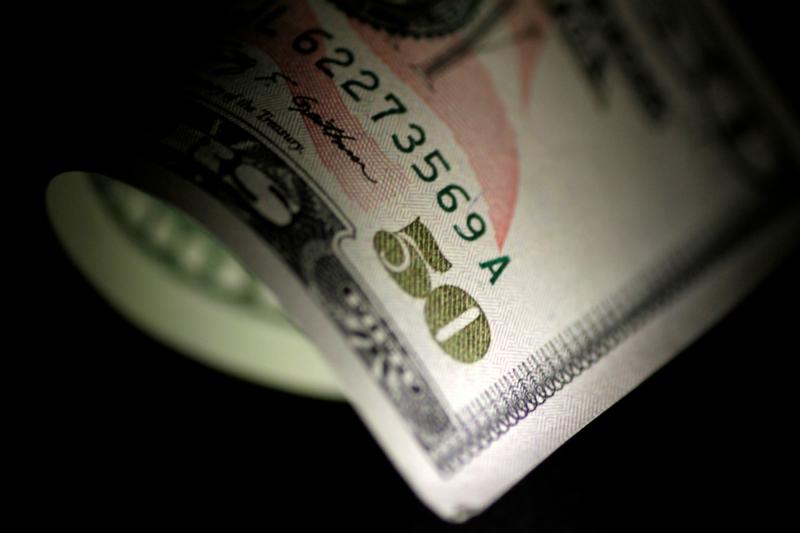 A $50 bill is seen in this illustration photo. Religious denominations in the United States have been largely exempt from paying taxes, but some cracks are beginning to show. (CNS photo/Thomas White, Reuters)

WASHINGTON (CNS) — For generations, religious denominations in the United States have been largely exempt from paying taxes. However, some cracks are beginning to show in that armor.

Principal among them is a suit awaiting a hearing by the 7th U.S. Circuit Court of Appeals in the case of Gaylor v. Mnuchin, in which the Freedom From Religion Foundation is challenging the constitutionality of a 1954 law that permitted housing allowances given by denominations to clergy to be exempt from taxation.

The suit had a false start, according to Luke Goodrich, vice president and senior counsel for the Becket Fund for Religious Liberty and its lead attorney on the case. When the Freedom From Religion Foundation first sued, the case was thrown out because it lacked standing. The foundation later gave a housing allowance to its directors — money taxed by the IRS — and was rebuffed when it asked for its tax money back.

“In general, people don’t sue the IRS to raise taxes on other people,” Goodrich told Catholic News Service May 2.

The U.S. Conference of Catholic Bishops joined an amicus brief in the case filed April 26 by the Church Alliance, which describes itself as “a coalition of the chief executive officers of nearly 40 denominational benefit programs,” although the USCCB was not listed among those in the brief.

“When Congress chooses not to impose a burden on religious organizations — whether by means of tax exemption or regulatory exception — it honors, rather than transgresses, this nation’s long tradition of separation between church and state,” the brief said. “Leaving religion alone does not establish it.”

The brief quoted from a 1954 Senate report prior to passage of the housing allowance: “Under present law, the rental value of a home furnished a minister of the gospel” — although the benefit extends to non-Christian clergy – “as a part of his salary is not included in his gross income. This is unfair to those ministers who are not furnished a parsonage, but who receive larger salaries — which are taxable — to compensate them for expenses they incur in supplying their own home,” it said.

What about clergy-less churches? “Almost every conceivable arrangement would create at least some inequities,” the brief said. “Congress was entitled to cure the most salient of these.”

“This is a long-standing tax provision that treats the ministers the same as hundreds of thousands of other workers,” Goodrich said. “The atheists have sued only to take it away from ministers. So if they win, it would (result in) discrimination against ministers.”

Goodrich said the circuit court’s ruling is key, because if the ministers win, it is highly unlikely the Supreme Court would consider an appeal on a matter of settled law. But if the Freedom From Religion Foundation wins, he added, “in one fell swoop, that’s drastically rewriting the tax code and adding close to $1 billion in taxes every year. I would say the Supreme Court would be taking that up.”

The Church Alliance brief also pointed to a 1970 Supreme Court case, Walz v. Tax Commission of the City of New York. In the case, the justices held that grants of tax exemptions to religious organizations do not violate the establishment clause of the First Amendment.

“The grant of a tax exemption is not sponsorship since the government does not transfer part of its revenue to churches but simply abstains from demanding that the church support the state,” the high court said. “There is no genuine nexus between tax exemption and establishment of religion.”

A similar amicus brief was filed by the Alliance Defending Freedom. But the 224-page brief is long because it contained the names of 9,000 or so churches and pastors; Catholic churches or priests, if there are any, are few and very far between on the list.

The state of New York, though, was able to claim a hefty chunk of the proceeds from the sale of a Catholic health care provider to a secular counterpart.

Cuomo’s argument was “Fidelis Care was a participant in the state Medicaid program and other state-funded programs; almost all of its revenue came from the state. It was a contractor, it was being paid for a service. He said it explicitly, I believe, in his budget address. He considered it to be among the state’s resources,” Hammond told CNS.

“Fidelis and Centene knew this was a possibility,” he added. “They didn’t say so publicly, but in their agreement in fall of 2017, they had a clause apparently that said that if the state tries to take more than 10 percent of the proceeds, they had the right to walk away from that agreement.”

The state takeaway was far more than 10 percent. Of the $3.75 billion sale price, New York will get $2 billion over the next four years, $1.35 billion of it this year. This is down from the $3 billion Cuomo had initially demanded.

“Although they had the right to walk away, they didn’t,” Hammond said. “In fact, Centene is contributing some of the $2 billion. $1.5 (billion) comes from Fidelis and $500 million comes from Centene.”

Fidelis had been New York’s largest purveyor of state-sponsored health services for the poor. It had intended on using the sale proceeds for a foundation to support health care for the needy. Even after the state’s bite, it still has $3.2 billion in cash and other assets to use for the foundation if it chooses.

Hammond warned this sets a precedent. “Any large nonprofit clearly in the health field, that contemplates conversion or sale, will clearly expect a phone call from the governor’s office,” he said. “And New York does have a pretty substantial nonprofit health insurance sector. It’s probably close to half of all people.”

NEXT: Speaker Paul Ryan gives House chaplain his job back