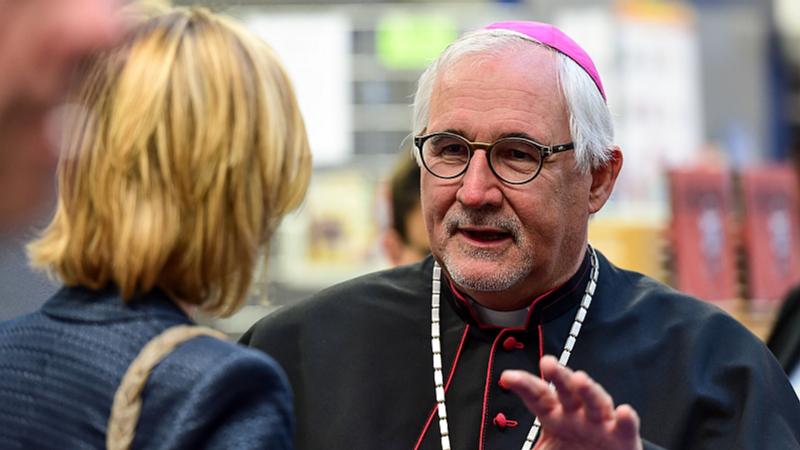 Bishop Gebhard Furst of the Diocese of Rottenburg-Stuttgart, Germany, is pictured in an undated photo. Bishop Furst has criticized the manner of a protest bya priest who tied a scarf around his head during a Pentecost sermon and wore it on the altar during the duration of the May 20 service. (CNS photo/Harald Oppitz, KNA)

ROTTENBURG, Germany (CNS) — A German pastor has ignited controversy by donning a headscarf during his Pentecost Sunday sermon.

Father Wolfgang Sedlmeier, pastor of the Parish of St. Maria in Aalen, shocked his congregation by tying a scarf around his head during a Pentecost sermon and wearing it on the altar during the duration of the May 20 service.

Father Sedlmeier said he wished to protest discrimination against Muslims and Jews, according to SWR radio. The gesture has sparked a storm of outrage and ridicule on social media, including Twitter and Facebook, earning Father Sedlmeier the internet nickname of the “Headscarf Priest.”

Bishop Gebhard Furst of Rottenburg-Stuttgart has criticized the manner of Father Sedlmeier’s protest.

“The form … is certainly borderline and not well-chosen,” Bishop Furst told the media. “Therefore, I will start a clarifying conversation with him in the next coming days.”

The diocese said that no disciplinary actions are planned. However, a diocesan spokesman expressed unhappiness with Father Sedlmeier’s behavior in Mass and the ensuing social media rampage.

“To put on a headscarf during a Mass is certainly very unusual for the Catholic Church,” a diocesan spokesman told local media.

NEXT: Pope to police: A nation can’t survive without families teaching values