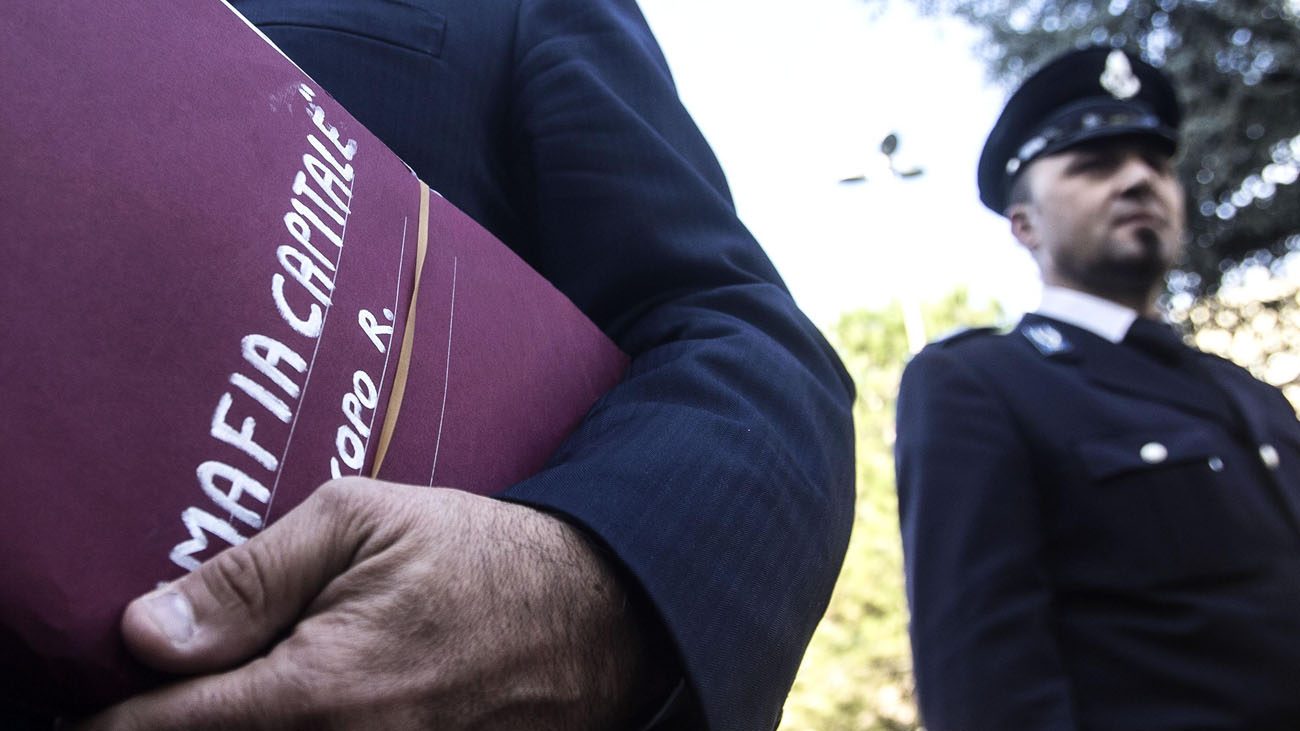 A lawyer in Rome holds documents prior to the start of a trial in this 2015 file photo. (CNS photo/Alessandro Di Meo, EPA)

VATICAN CITY (CNS) — As the bishops and faithful of Sicily remembered St. John Paul II’s visit in 1993 and, especially, his “prophetic invective” against the Mafia, Pope Francis urged them to continue the fight against organized crime.

In a brief message read at a Mass in Agrigento, Italy, May 9, Pope Francis told the people that evil “is fought with the daily, meek and courageous practice of the Gospel.”

The papal message and the Mass marked 25 years since the visit of St. John Paul when, at the end of a Mass in Agrigento, as ushers prepared to remove the microphone from the altar, St. John Paul took hold of it and spoke extemporaneously about the criminal underworld.

The pope had said Sicilians were being held hostage by a minority criminal culture, and he described the Mafia as “a culture of death, profoundly inhuman, anti-Gospel, an enemy of human dignity and civil peace.”

His voice ringing with anger and his hand clenched in a fist, St. John Paul declared: “In the name of Christ, I say to those responsible: Convert! One day you will face the judgment of God!”

In addition to the commemorative Mass, the regional bishops’ conference of Sicily published a pastoral letter titled, “Convert,” reminding people that St. John Paul had prayed for “harmony in this land. Harmony without deaths, without assassinations, without fear, without threats, without victims.”

The bishops urged Sicilians to reread St. John Paul’s speeches in Sicily and to recognize that while his call to conversion was addressed in a sharp way to those involved in organized crime, it also was a call to all the region’s people to rediscover and reaffirm the noblest parts of their heritage and stand up to evil and corruption.

The Mafia is not only a sign of “very serious crime, but also of a disastrous cultural deficit and, consequently, a blatant betrayal of the history of Sicily,” the bishops said. It is a sign of a “spiritual anemia” and a “fatal crack in religious virtues.”

The bishops acknowledged that the church in Sicily had often been an accomplice of the Mafia by omission — not condemning Mafia activity clearly enough and maintaining silence when known Mafia members approached the church for sacraments.

Statements by bishops affirming that Mafia members have excommunicated themselves are reported in the media, but seem to have no lasting impact, the bishops said.

The excommunication is still in force, the bishops said. “Those who prefer to be entrenched in sin and walk the dead-end path of corruption condemn themselves.”

But what is most worrying, they said, is that “the Christian discourse about the Mafia for too long has remained just on paper and for decades has not been and is not translated into an educational spirit able to raise up new generations of believers.”