‘Thank you for saving us’: Refugees start new life with Catholics’ help 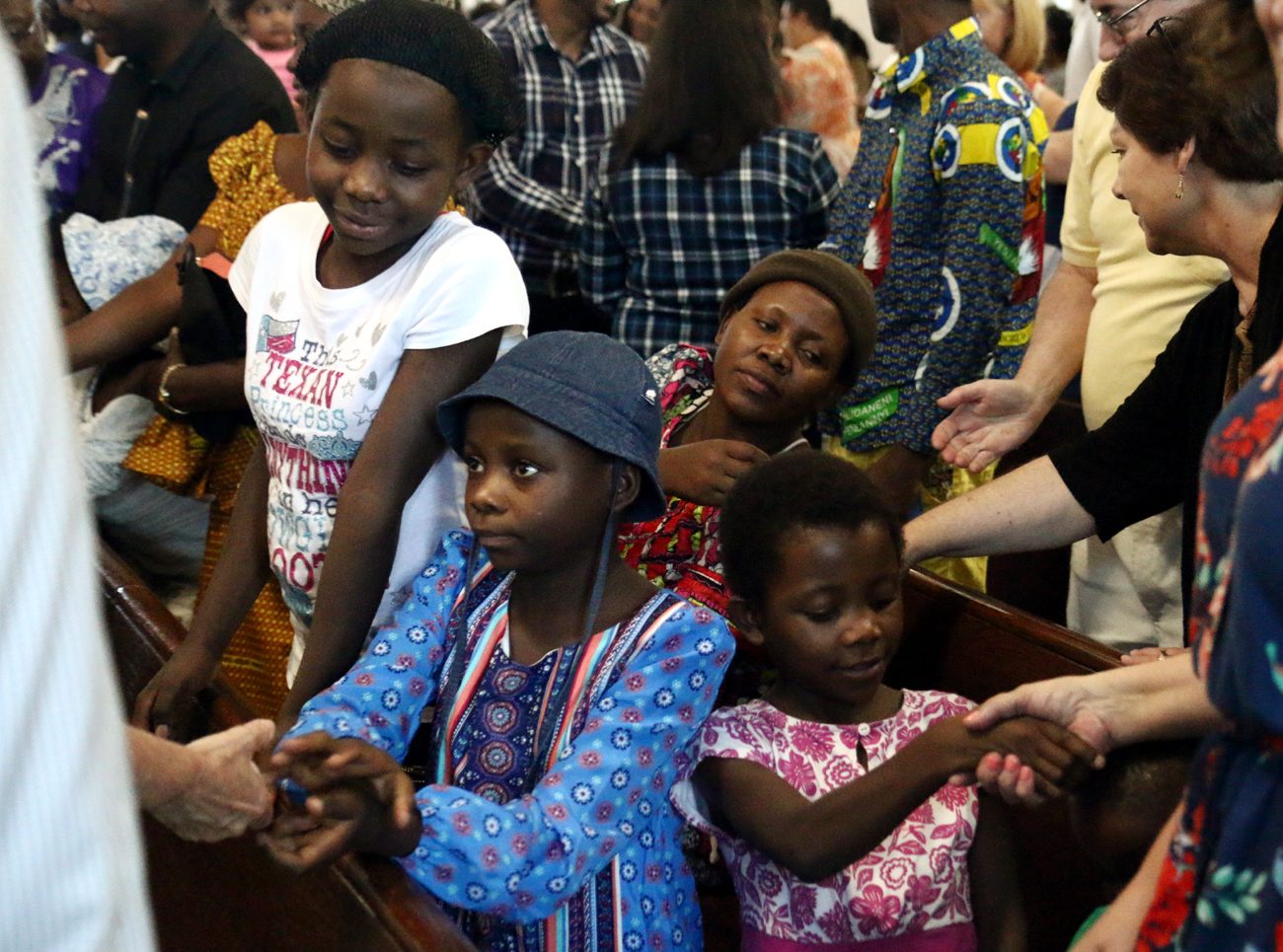 Not long ago, Bernard Gbuoh found himself abandoned by traffickers in the Sahara Desert, near the border between Niger and Algeria. The youngest among his fellow refugees, he wandered for three days without supplies, battling illness, sun exposure and dehydration.

“Those of us with the strength to do so crossed into Algeria,” he said. “We stopped at the first town we could find.”

Gbuoh had fled his native Cote d’Ivoire in 2010 due to a war that displaced at least 1 million people in the African nation, which is the world’s leading producer of cocoa. After transiting through Ghana, Niger and Algeria, he arrived in the United States on May 15 of this year.

Speaking in French, Gbuoh shared his story through an interpreter at a World Refugee Day program hosted by archdiocesan Catholic Social Services (CSS) on June 20 at its Delaware County family service center in Chester.

More than 100 participants listened as Gbuoh and other refugees described fleeing conflict-torn homelands — often with little more than the clothing they had on — and finding safety in the Philadelphia area through CSS’s refugee resettlement program, “Welcome the Refugee.”

(See scenes from a Mass welcoming refugees to the Philadelphia Archdiocese celebrated June 17 at St. Raymond of Penafort Church, Philadelphia.) 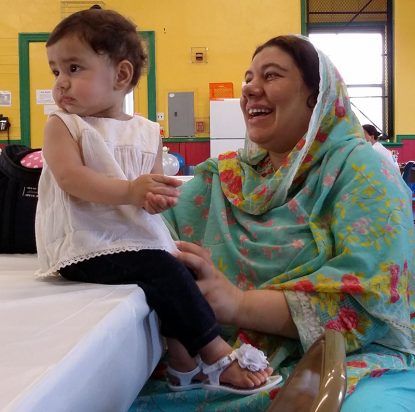 The bishops’ conference conducts a thorough vetting process on refugees before sending them to Stoner and her team, who normally receive a scant two weeks’ notice to organize housing, meals and transportation from the airport. Stoner personally greets the arrivals as they clear customs and ensures that they arrive safely at their lodgings, where a meal from their home country awaits them.

Since April 2017, the CSS Welcome the Refugee program has assisted 60 individuals from 10 countries, providing both immediate and long-term support. Within the first 10 days, the refugees — all of whom arrive legally in the United States — receive medical care, benefits assistance and cultural orientation.

Children are enrolled in school within 30 days of arrival, while employment is secured for adults. English language instruction is arranged and interpreters remain on hand to assist the refugees throughout their transition. After approximately a year, refugees are referred to CSS’s immigration legal services to obtain permanent authorization to live and work in the U.S.

The journey from the airport to the green card can be a long one, Stoner noted.

“In some cases, we have to work very hard with these individuals to help them to adjust,” she said. “It can involve something as simple as how to use a toilet or a shower; how to cook on a stove or use a refrigerator.”

More than 85 percent of the world’s 68.5 million refugees are from developing countries, according to the United Nations. At present, the number of displaced persons is at its highest in recorded history, with 44,000 people per day fleeing their homes due to conflict, persecution and disasters.

“What these people have experienced, most people in the United States cannot even imagine,” Stoner said. “The trauma, the fear, the war, the not having any kind of resources.”

Like Gbuho, Sosthene Karimwera battled the elements to find freedom and safety. He spent three days wandering in the forest with human traffickers after fleeing the Democratic Republic of the Congo, a central African nation where Catholic laity and clergy have been attacked by government security forces for staging peaceful protests. Years of sexual violence against women and children, often perpetrated by security forces, have led many to refer to the country as the “rape capital of the world.”

“CSS gave us food, shelter, all the necessities we lacked,” said Karimwera, who arrived in the U.S. on March 20 after attempting to find shelter in Malawi. “Thank you for saving us.”

Pope Francis has repeatedly called for comprehensive and collaborative efforts to assist migrants, noting that “every stranger who knocks at our door is an opportunity for an encounter with Jesus Christ, who identifies with the welcomed and rejected strangers of every age.”

“I can’t think of a time that has been more tenuous and more dark in my work of assisting refugees,” she said. “We must be a voice for the people whose voices have been suppressed.”

Welch heads the Aquinas Center’s efforts to create a “culture of encounter” through immigration assistance, cultural awareness programs, English language classes and social justice initiatives. Founded in 2013, the privately funded center — which is located in the former convent at St. Thomas Aquinas Parish in South Philadelphia — partners with CSS in assisting refugees.

Both Welch and Stoner note that fear and political polarization prevent nations from according migrants their basic human rights.

“People are afraid of anything that’s different, that they’re not used to or comfortable with,” said Stoner. “But when you look beyond that, they’re human beings, sons and daughters of God. They love their families; they’re trying to take care of them and protect them — just like we all are.”