How much time if you do the crime? New bill aims for surgical cuts 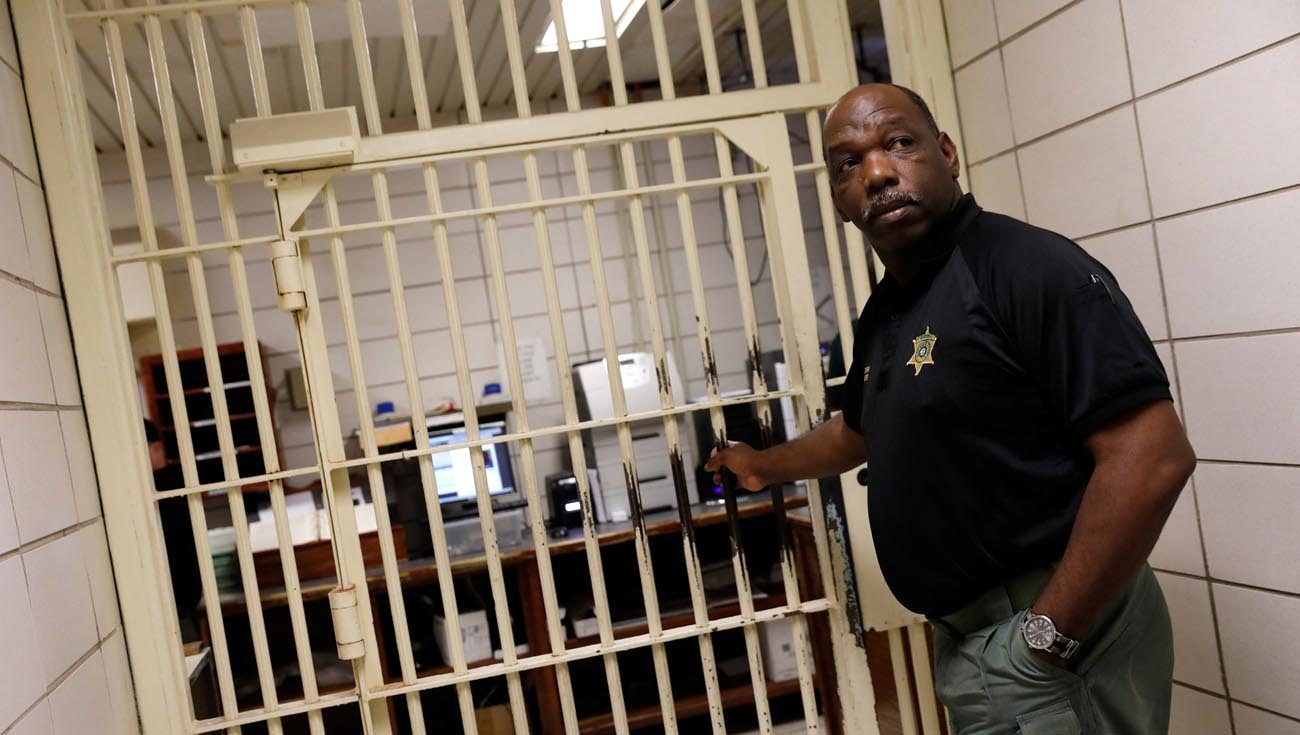 WASHINGTON (CNS) — With prison populations having exploded over the past four decades, governments have recognized it becomes quite costly to house and feed more than 2 million inmates.

The federal government, which accounts for about 13 percent of that total, could start shaving the size of its prison populations if the First Step Act becomes law.

The bill would put systems in place to make thin slices in prison time for those already in jail. It does nothing about sentencing reform, and the bill does not apply to state prisons, where the bulk of inmates are housed. Local jails aren’t touched, either.

“We’re still reviewing it, but we don’t have a position,” said Michael O’Rourke, a domestic policy adviser with the U.S. bishops’ Department of Domestic Justice and Human Development.

The First Step Act passed the House by a wide margin May 29. It could be a different matter in the Senate, where the typical fault lines don’t apply. Some members of each party argue the House version doesn’t go far enough, mostly because sentencing reform is ignored. Others, mostly Republicans, see the bill as going too far.

Senators in each party also see the bill as a compromise and, indeed, a first step, but would like to see what the next step would look like.

President Donald Trump, who hosted a May 18 summit on prison reform measures, has said he would sign the bill. He even hosted reality TV star Kim Kardashian at the White House in late May to talk prisons; her husband, hip-hop artist Kanye West, forged a mutual admiration society with the president after West’s comments on slavery earlier in May caused a sensation.

Attorney General Jeff Sessions, whose relationship with Trump runs hot and cold, has voiced his opposition to the bill though, and he may still carry some weight with his former Senate colleagues.

“Is there anything the president and the attorney general will support?” asked Molly Gill, vice president of policy for Families Against Mandatory Minimums, which backs the First Step Act. “Now we have our answer: The president said, ‘Send me a bill and I will sign it.'”

Trump’s son-in-law and adviser, Jared Kushner, is working to get the bill passed, as he cited the 14-month sentence his father served for a political corruption conviction.

“Can we get it done in an election year?” Gill asked. “I think (Senate Majority) Leader (Mitch) McConnell needs to be convinced that this is something people want to vote on — and could be advanced this year with a good solid vote.”

“My understanding is that there’s some question whether it can even pass in the Senate … whether it can get momentum in the Senate,” said Krisanne Vaillancourt Murphy, managing director of the Catholic Mobilizing Network, whose primary focus is on death penalty-related issues.

“What it leaves out, from my cursory glance, is juvenile justice, re-entry, mandatory minimums, those sorts of things,” Vaillancourt Murphy said. “Those are some of the major issues that come up when you talk about incarceration rates — how we begin to chip away on that in the country.” From that perspective, she added, the First Step Act is just “one small piece of the reform.”

In the Senate, Sen. Chuck Grassley, R-Iowa, wants to include sentencing reform in such a bill, and is backed by a small bipartisan group of senators. But FAMM’s Gill said McConnell is more interested in putting judicial nominations on the Senate calendar unless there’s greater evidence of bipartisan support for prison reform than currently shown.

“We’re in touch with about 37,000 federal prisoners and their families every day,” she added, and they support bills “that get people home sooner, that keep families closer, that make prison a more productive place for people. Compassionate release where sick prisoners can petition for an early release. Compassionate release has been broken for 20 years — letting people to go home and die with their families.

“The most notable reform is good time reform for following prison rules – and there are a lot of rules in prison,” Gill continued. “It increases good time credit by a week each year. That may not seem like much, but it means you might be home for a wedding or a baby shower, or at a parent’s deathbed … Those are reforms we support and have been fighting for for years.”

The Catholic Mobilizing Network maintains a secondary focus on restorative justice, with an eye to preventing and reducing jail time for offenders if they make contrition and reconciliation with the victims of their crime.

After a May 30 interview with Catholic News Service, Vaillancourt Murphy issued a statement referring to her organization’s April 25 conference on restorative justice to “respond to Pope Francis’ question on the state of Catholic prison ministry and discern how we can strengthen Catholic ministry to the those incarcerated, detained and preparing for re-entry. Catholic clergy and laity want to address the root causes of incarceration and there is growing receptivity to including faithful advocacy efforts as a way to transform the criminal justice system.”

She added, “In promoting restorative justice, Catholics have an opportunity to prioritize Pope Francis’s call to mercy and ministry with those on the margins — including victims, perpetrators and communities impacted by crime. A restorative approach calls us to address the root causes of crime and incarceration.”

Gill said the First Step Act cannot be the last step. “If it passed in the form that it’s in now, I think it would obviously doesn’t do anything about sentencing, and you have to fix sentencing. You have to fix the spigot, and not just pull the plug in the drain on a system that’s putting people in prison longer than they need to be there. Put prison costs down to a more reasonable level. I think mandatory minimum sentences are unjust and unreasonable,” she said.

“If they don’t get done in this bill, it has to be done in another time,” Gill added. “These problems are not going to go away.”

NEXT: U.S. bishops’ migration chairman urges families be kept together at border