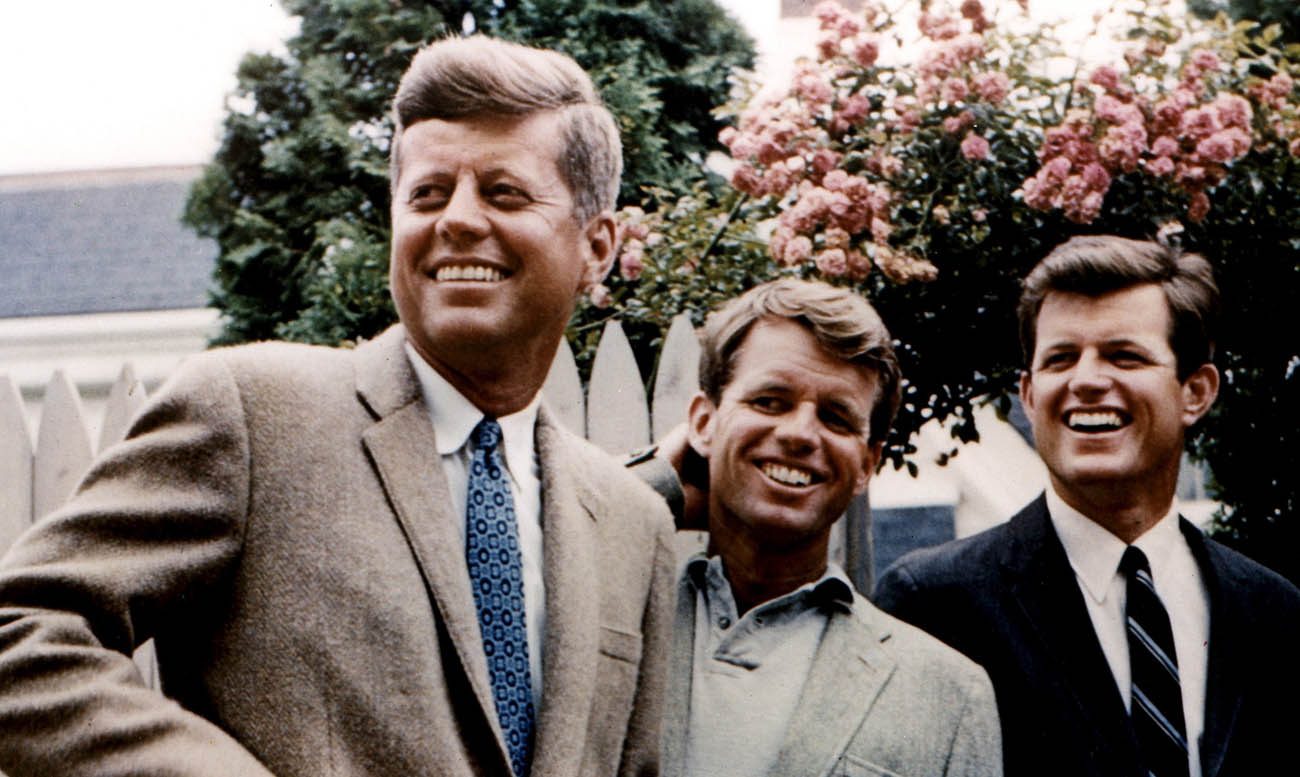 WASHINGTON (CNS) — Recollections and tributes to Robert F. Kennedy on the 50th anniversary of his assassination have mainly highlighted his charisma and determined advocacy for social and racial justice.

But underlying these tributes to the former attorney general, U.S. senator, Democratic presidential candidate and father of 11, also is an unmistakable connection to his Catholic faith.

Inevitable references to Kennedy’s faith come up when mentioning his Irish Catholic family or his funeral at St. Patrick’s Cathedral in New York, but there also are plenty of anecdotes in biographies mentioning that he was an altar server or wore a St. Christopher medal. And then there are his speeches, which often echo Catholic social teaching without coming right out and saying it.

A Newsweek tribute to Kennedy describes one of his speeches as “typically peppered with erudition and an almost ecclesiastic, Catholic compassion.”

That particular speech asked what reason people have for existing “unless we’ve made some other contribution to somebody else to improve their own lives?”

Historians and biographers alike have not shied away from Kennedy’s Catholicism, often saying he was the most Catholic of the Kennedy brothers and that he wasn’t afraid to express his faith.

Larry Tye, author of “Bobby Kennedy: The Making of a Liberal Icon” in 2016, said Kennedy’s faith helped him as he grieved the 1963 assassination of his brother, President John F. Kennedy, noting that he kept a missal beside him in the car and thumbed through it to prayers he found consoling.

And instead of just attending Sunday Mass, Tye said, Kennedy was “in the pew nearly every day. His faith helped him internalize the assassination in a way that, over time, freed his spirit.”

Peter Edelman, a Georgetown University law professor who was a legislative aide to Kennedy from 1964 until his death, can attest to this.

He described Kennedy as “assiduous in his practice of his Catholicism” and said his “values and work were certainly based significantly in his faith.”

When asked to explain this more, he told Catholic News Service that when he and Kennedy were in New York City, Kennedy often stopped for a few minutes to go into a church to pray while Edelman said he stayed outside because he is Jewish.

“Robert was the Kennedy who took his Catholicism most seriously. He attended Mass regularly, and prayed with his family before meals and bed,” said Jerald Podair, a history and American studies professor at Lawrence University in Appleton, Wisconsin.

Podair, who is currently writing a book about the politics of the 1960s and its links to the rise of President Donald Trump, said Kennedy always wore a St. Christopher medal too, but he said his Catholicism was not limited to his personal life but also showed up in his politics.

As he put it in an email to CNS, Kennedy viewed his faith “as a summons to heal the world, making it a more equal and just place. An example was his strong support for Cesar Chavez’s United Farm Workers movement, one that itself was steeped in Catholic liturgy and morals.”

Podair said Kennedy was drawn to the farmworkers’ cause — when few other mainstream politicians were — “largely because of its links to Catholicism.” He noted that when Kennedy sat with Chavez as he took Communion at an outdoor Mass after the end of his March 1968 hunger strike, it was a public expression of Kennedy’s firmly believed Catholic view that all people are equal and deserve equal rights and opportunities.

The historian also said it was no coincidence that when Kennedy lay dying on the floor of the Los Angeles Ambassador Hotel after he was shot, a rosary was placed on him by the Mexican-American busboy who had just shaken his hand.

“It meant that he would die as he had lived,” Podair said.

That hotel is long gone, but today in its place is a school and memorial bearing Kennedy’s words, which read in part: “Each time a person stands up for an ideal, or acts to improve the lot of others, or strikes out against injustice, it sends out a tiny ripple of hope.”

The book, “Robert Kennedy: His Life,” written by Evan Thomas in 2002, described Kennedy as a “a romantic Catholic who believed that it was possible to create the kingdom of heaven on earth,” and notes that although Kennedy at times may have lost the certainty of his faith, he never lost the hope.

He also said Kennedy was an altar server when he was growing up and who would even serve that role as an adult if he saw there was no altar server at Mass.

The basics of Catholicism — prayers, Mass and crosses or saint statues in the house — were part of Kennedy’s life with Ethel and their children as well, ranging in age from 16- to not-yet-born when he died.

In a 2008 interview with the Boston Globe, Kennedy’s daughter Kerry Kennedy, the seventh child, who was 8 when her father died, said faith was central to her upbringing — especially prayers before and after meals, an out loud Bible reading and Sunday Mass.

Kerry Kennedy, who established the Robert F. Kennedy Memorial Center for Human Rights in New York, said her faith was influenced by both of her parents, noting that her father thought about being a priest and her mother considered being a nun.

In a June 6 tweet the day of a 50th anniversary memorial service for her father at Arlington National Cemetery, Kerry Kennedy said: “I miss my father every day, but I am strengthened to know the causes he believed in are still championed by brave activists today. His legacy and work are timeless.”

That service, which included numerous tributes and people quoting Kennedy’s own words, began fittingly with an opening invocation by a priest echoing the hope Kennedy so often expressed.

“We are gathered here in a spirit not of mourning, but of hope,” said Jesuit Father Matt Malone, editor of America magazine.

He also added: “Bobby Kennedy still lives in millions of hearts that seek a newer world.”