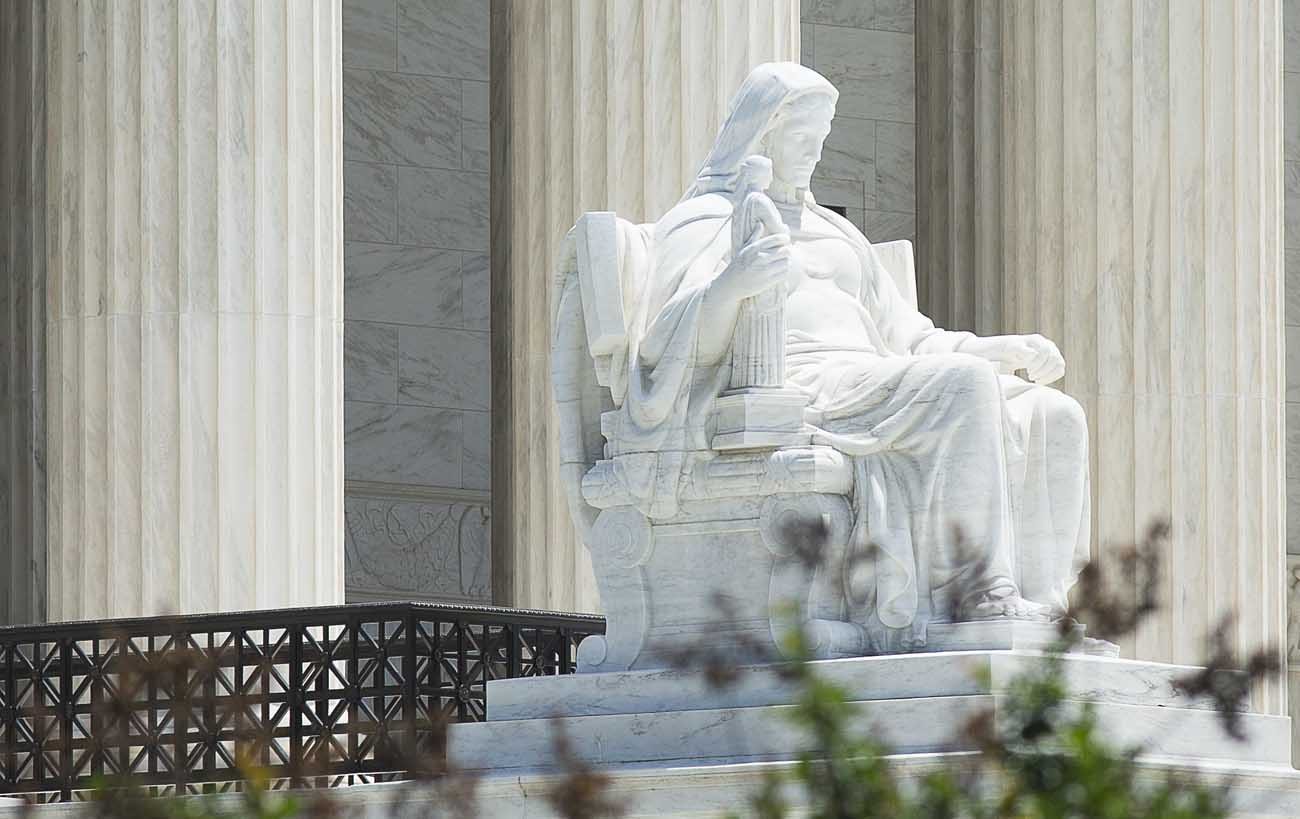 The U.S. Supreme Court is seen in Washington May 21. (CNS photo/Tyler Orsburn)

WASHINGTON (CNS) — As the Supreme Court prepares to wrap up its current term by the end of June, Catholic Church leaders are among those paying attention to how the court will rule on a handful of the nearly 30 decisions it has left to announce.

Key cases that still hang in the balance include: the Colorado baker who refused to make a wedding cake for a same-sex couple because of his religious beliefs; the California law requiring state pro-life pregnancy centers to visibly display information about abortions; and President Donald Trump’s travel ban on people from several Muslim-majority countries.

The Colorado baker case, Masterpiece Cakeshop v. Colorado Civil Rights Commission, was argued last December and it pitted anti-discrimination laws against freedom of speech and freedom of religious expression. During oral arguments the court seemed equally divided and the paperwork they received about the case in more than 100 friend-of-the court briefs also was mixed.

And after the arguments, chairmen of three USCCB committees issued a statement saying: “America has the ability to serve every person while making room for valid conscientious objection.”

In March, the court heard arguments about pro-life pregnancy centers in National Institute of Family and Life Advocates v. Becerra, which looked at the constitutionality of state law requirements for pregnancy centers to post notices about available low-cost abortion services and also disclose if they have medical personnel on staff. Three pregnancy centers challenged the law in court saying it infringed on their First Amendment rights to freedom of speech and free exercise of religion.

The USCCB and several other groups including the California Catholic Conference, the Catholic Health Association of the United States, in friend-of-the-court briefs supporting the pro-life pregnancy centers, stressed that the government can’t force people to say things they don’t believe.

In a statement after oral arguments, New York Cardinal Timothy M. Dolan, chair of the USCCB’s Committee on Pro-Life Activities, said he prayed the court would “do the right thing and uphold our fundamental right to free speech when it decides this case.”

The last case before the Supreme Court this session examined Trump’s travel ban on people entering the U.S. from several Muslim-majority countries.

Catholic Church leaders have expressed their objection to this ban and echoed this sentiment in an amicus brief filed by the USCCB, Catholic Charities USA and Catholic Legal Immigration Network stressing that the order singles out “populations of six overwhelmingly Muslim nations for sweeping immigration restrictions” that do not exist elsewhere in the world.

It also said the ban showed “blatant religious discrimination,” which is “repugnant to the Catholic faith, core American values, and the United States Constitution.”

In March, the U.S. Supreme Court unanimously ruled in favor of a Texas death-row inmate, ordering a federal appellate court to reconsider his requests for funding to investigate his claims of mental illness and substance abuse. The court heard his case in the fall.

This decision, along with the statements made when the court announced in March that it would not take up the case of an Arizona death-row inmate challenging the state’s capital punishment law, shows how the court is taking notice of flaws in the death penalty, said Karen Clifton, executive director of Catholic Mobilizing Network.

In an email to Catholic News Service, she said the court has “made it clear the discriminatory nature of the death penalty is not justice” and has taken notice that “our modern system of capital punishment is seriously flawed.”

The court has also yet to weigh in on the case Azar v. Garza, which they have examined in conference several times since last fall. This case involves the U.S. solicitor general’s request that the court vacate a lower federal court’s ruling that allowed an undocumented immigrant minor to obtain an abortion while in federal custody.

In looking ahead, the court announced May 29 that it will not hear a case against an Arkansas abortion law, thus letting the state’s restrictions on abortion-inducing drugs stand.

The law requires doctors who prescribe abortion-inducing drugs to have a contract with another doctor who has hospital admitting privileges and who will agree to handle emergencies and admit patients to a nearby hospital if necessary.

The court did not offer explanation for not taking up the challenge to the Arkansas law. abortion law but those on both sides of the issue say this decision will have a broad impact.

The National Right to Life organization said on its website that the decision “has potentially nationwide implications” and Planned Parenthood, the group challenging the state’s law, said in a statement that the move could “embolden courts to uphold similar laws.”