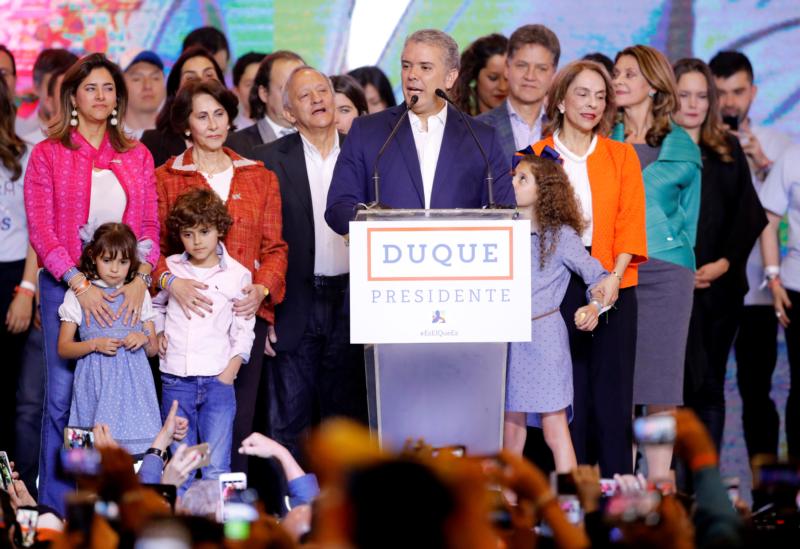 CUCUTA, Colombia (CNS) — The director of Caritas Colombia has called for dialogue between the country’s new president-elect and former leftist guerrillas to prevent the return of guerrilla warfare.

The June 17 election of Ivan Duque, 41, has put the peace agreement between the government and Revolutionary Armed Forces of Colombia, or FARC, in doubt after the candidate repeatedly questioned the terms of the deal during the campaign. It remains unclear to what extent the law will allow the president-elect to alter the accords.

“We have to wait for the two sides to come together,” said Msgr. Hector Fabio Henao, who heads the church’s charitable aid agency and also serves as president of the National Peace Council. “We must insist on dialogue.”

The government of Colombian President Juan Manuel Santos and FARC leaders signed the peace deal in November 2016, ending more than five decades of armed conflict that led to more than 250,000 deaths. But Santos pushed the revised deal through congress after a similar version was narrowly rejected by voters.

“That was a betrayal of the will of the people,” said Israel Castillo Monday, a Duque supporter. Many like him viewed the elections as a second referendum on the peace agreement.

Addressing supporters June 17, Duque doubled down on his promises to alter the agreement, saying he would push for “corrections so that the victims are the center of the process.”

Leaders of the former guerrilla group quickly reached out to the president-elect, saying in a statement that “the country demands integral peace that leads to reconciliation and is based on social well-being.”

Msgr. Henao, whose organization has pushed for political alternatives to the numerous armed conflicts in the country and supported the peace process, called the new political dynamic typical of other peace processes around the world.

“In other peace agreements, we’ve seen permanent discussion and debate,” he said. “Now we have to wait to see what the areas are that the new president wants to discuss and how it will be discussed.”

The Catholic Church and local Catholic organizations like Caritas have played an integral role in the peace process and in the reintegration of rebel fighters into civilian life.

The British Catholic aid agency CAFOD accompanied and advocated for victims of the war at the peace negations in Cuba.

Barbara Davies, CAFOD Andes representative, warned before the vote that with the “election of an opponent to the peace agreement, the country could potentially find itself dealing with a new spiral of violence.”

Duque had questioned specific provisions of the agreement, while promising “not to rip it to shreds.” He called for those who committed human rights violations to face jail time and criticized a measure that gives the rebel group automatic representation in the country’s parliament.

A breakdown in dialogue could potentially lead to a remobilization of the armed group and regression to violence, a scenario Fabio described as “unlikely for now.”

“It is very early to know what will happen and politics tends to not be as clear in practice,” he said.

The new challenges for the peace agreements come as the country continues to deal with a smaller armed leftist group, the National Liberation Army, with which peace talks have stalled. The government has also struggled to attend to areas where the FARC demobilized and, in many cases, armed gangs and drug traffickers have filled the void.