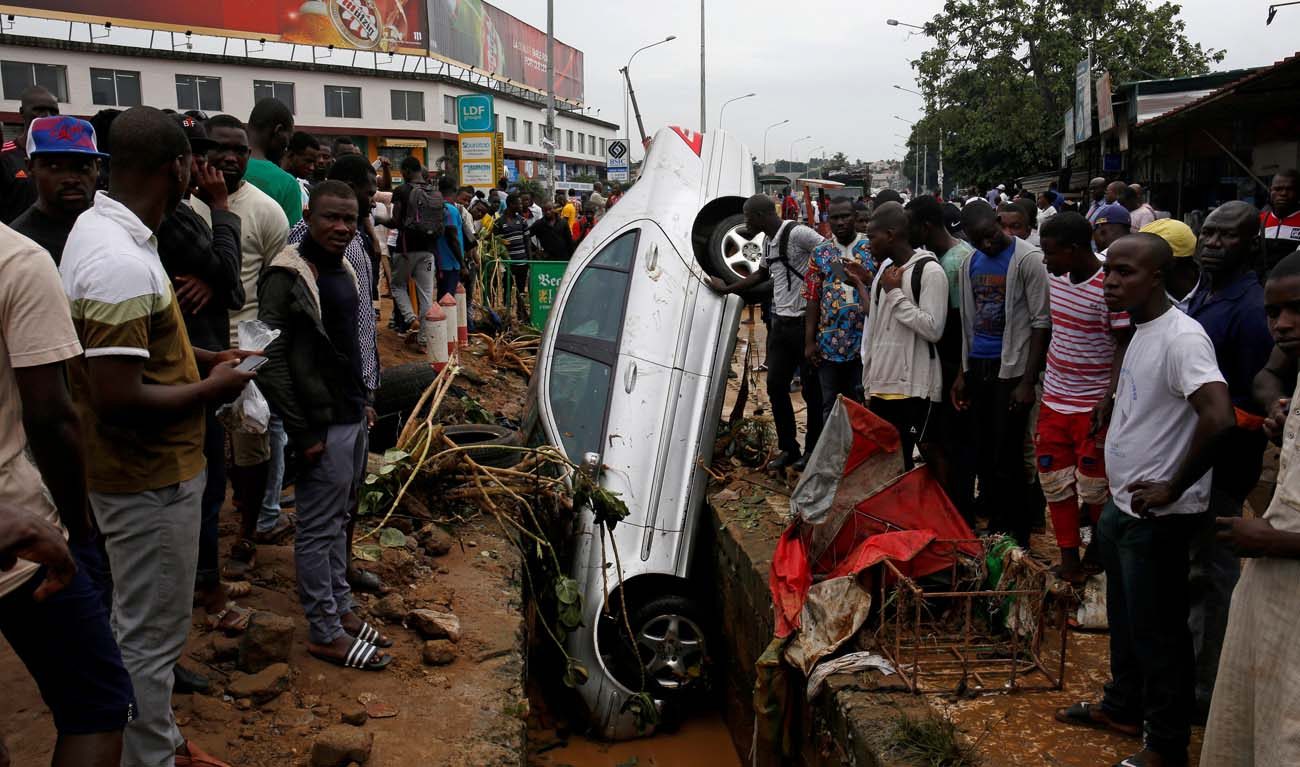 People look at a car in a sewer after a flood in Abidjan, Ivory Coast, June 19. Catholic bishops have blamed corruption and urban development for the fatal flash floods. (CNS photo/Luc Gnago, Reuters)

“In a city as sprawling as Abidjan, witnessing rapid development and galloping urbanization, there are obvious risks of anarchic settlements which violate safety rules and natural topography,” the bishops’ conference said in a statement.

“But there has also been speculation around land expropriations very close to the danger zones. So we appeal for a serious accounting of conscience and for civic responsibility and engagement by everyone.”

The statement was published as bulldozers cleared properties damaged in the June 18-19 floods, which raged to up eight feet through parts of the coastal city.

It said the Catholic Church acknowledged the inundations were a “natural disaster” and was grateful to government leaders who worked to help save victims in the French-speaking country, where numerous families had lost homes and deserved “communal solidarity.”

However, action was also needed, the bishops added, to prevent a repetition of the floods, exacerbated by severe infrastructure problems.

“We assure the state aid services, as well as the donors and well-wishers providing much-needed help and support, of our prayers of solidarity,” the bishops’ conference said.

“But we also launch a pressing appeal to all public authorities to act resolutely to ensure such catastrophes do not recur.”

Catholics make up a fifth of the 20 million inhabitants of Ivory Coast, which is home to the world’s largest Catholic basilica in the capital, Yamoussoukro. Muslims are about 35 percent of the population.

On June 21, Interior Minister Sidiki Diakite said the government had decided to expel inhabitants of flood-prone areas in two densely populated districts of Abidjan, a city of 5 million. He also said the government would demolish stalls and dwellings built over drainage routes and storm canals in a bid to prevent further fatalities.

NEXT: Credible leaders serve those most in need, pope tells new cardinals