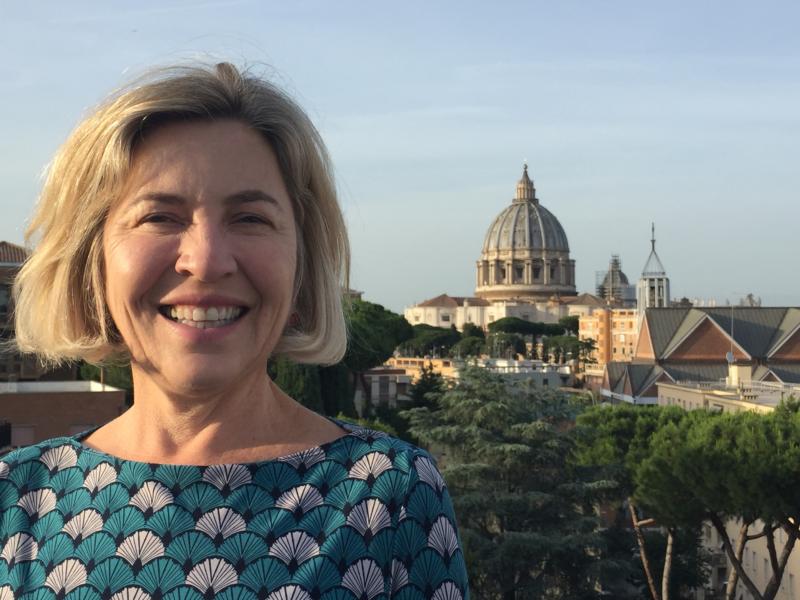 ROME (CNS) — The way young people around the world are embracing attitudes of welcome, tolerance and acceptance of differences bodes well for a future where anti-immigrant rhetoric and policies may not have the upper hand, said the new president of the International Catholic Migration Commission.

“There is a level of tolerance and a level of what is not acceptable in terms of discrimination that wasn’t there when I was growing up,” said Anne T. Gallagher, an Australian lawyer and expert on migration and human rights.

“We might be seeing the death throes of the past” with anti-immigrant sentiment “getting particularly vigorous before it dies away,” Gallagher told Catholic News Service June 3.

Given the formation June 1 in Italy of a government promising much more restrictive migration policies, the efforts of the Trump administration in the United States and similar election results in other wealthy nations, Gallagher said Catholics advocating for the rights and needs of migrants and refugees have to be sensitive to how “the pace and scale” of migration is frightening some people in those countries.

Changing neighborhoods, questions about job opportunities and concerns about further sharing already limited government resources for assistance and services must be addressed, she said.

Understanding fears is one thing, Gallagher said. Using them for political gain is another.

“Irresponsible government is a huge problem in all of this: taking full and conscious advantage of very understandable fears and uncertainties and making political capital out of that,” she said. “That seems to be a strategic decision.”

Msgr. Robert J. Vitillo, a U.S. priest who is secretary-general of ICMC, said part of the commission’s global role is to help Catholics in countries like the United States and Australia see that their nations are not hosting and not being asked to host an unfair portion of the world’s migrants and refugees.

In fact, he said, the largest portion of displaced people are being welcomed and cared for in the world’s poorer countries. According to the U.N. Refugee Agency, the top hosting countries are Turkey, Pakistan, Lebanon, Iran, Uganda and Ethiopia.

“If you look at your country (the U.S.) and mine, this is a success story of integration, and not without its bumps along the way,” she said. “Integration is key to how society has not just coped with migration, but actually thrived.”

NEXT: Refugee agency recommits to serving Syrians despite U.S. ‘retreat’