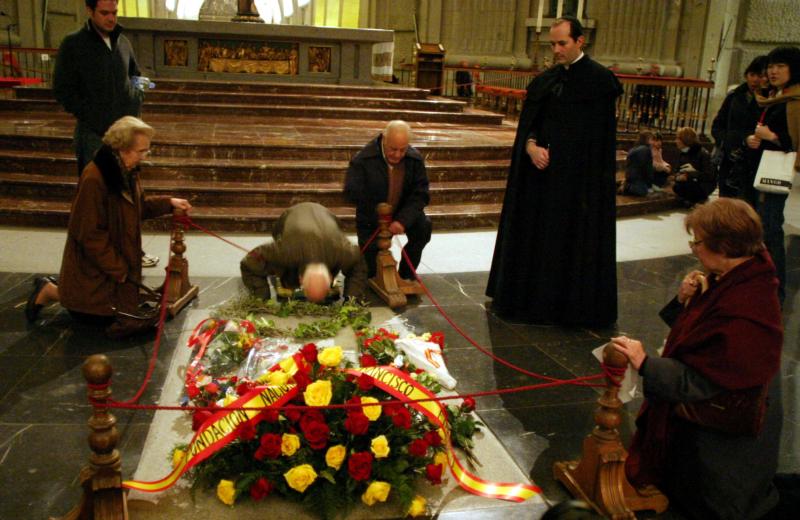 OXFORD, England (CNS) — The Archdiocese of Madrid has warned the Spanish government against plans to exhume the remains of the country’s late dictator, General Francisco Franco, without obtaining agreement from interested parties.

“We want a solution which helps build a peaceful country,” said Rodrigo Pinedo Texidor, archdiocesan communications director, noting that the archdiocese is not for or against the removal of Franco’s remains.

“We are against moves which don’t have his family’s consent and don’t consider what the church has to say,” he told Catholic News Service June 29 after Spanish Prime Minister Pedro Sanchez confirmed plans to remove the remains from a state mausoleum at the Valley of the Fallen, near Madrid, by the end of July.

Besides the remains of Franco, who ruled Spain until his death in 1975, the Valley of the Fallen contains the remains of at least 34,000 people who died in the 1936-1939 civil war, and includes a 500-foot-tall cross and pontifical Santa Cruz basilica.

Sanchez announced plans to transform the Valley of the Fallen into a national remembrance center.

“There’s also a Benedictine community at the Valley charged with praying for peace and brotherhood between Spaniards. So although the church doesn’t have the final say, its voice must be heard,” Pinedo said.

No one from the government had been in touch with the Madrid archdiocese, whose archbishop, Cardinal Carlos Osoro Sierra, shares responsibility for the Valley of the Fallen, he said.

It is unlikely that “technical and canonical issues” surrounding the exhumation could be resolved within a month, with legally required consent from Franco’s family, he said.

“Although this is officially a national monument, the Catholic Church has to be consulted on burial-related matters under our state’s agreements with the Vatican,” Pinedo said.

Spain’s La Razon daily newspaper said the dictator’s seven grandchildren had asked the church to block the move, in a late-June letter to Father Santiago Cantera, prior of the site’s Benedictine abbey.

Cardinal Blazquez had confirmed the bishops’ conference would not oppose the move, which was “not up to the church to decide one way or another,” Father Tamayo said.

Spain’s Deputy Prime Minister, Carmen Calvo, said on television that the government had held talks with Franco’s family and church leaders and would proceed with the exhumation “as soon as possible,” in line with a parliamentary mandate “to stop having a dictator in a place of honor.”