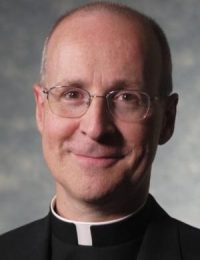 MAYNOOTH, Ireland (CNS) — The issue of LGBT families has dogged the ninth World Meeting of Families since it was revealed that an image of a gay couple was edited for a preparatory booklet, and Los Angeles Auxiliary Bishop David G. O’Connell’s comments on gay families were deleted from a video.

Archbishop Diarmuid Martin, president of the World Meeting of Families 2018, said Father Martin’s book, “Building a Bridge: How the Catholic Church and the LGBT Community Can Enter into a Relationship of Respect, Compassion, and Sensitivity,” had the support of three U.S. cardinals, including Cardinal Kevin Farrell, prefect of the Dicastery for Laity, the Family and Life.

Asked if gay couples were welcome, Archbishop Eamon Martin of Armagh, Northern Ireland, told media: “This is a gathering of people to which everyone is welcome.”

The Catholic Church insists marriage can be only between a man and a woman. It teaches that while homosexual people deserve respect and spiritual care, homosexual activity is sinful.

Church leaders also announced that Pope Francis would meet representatives of survivors of clerical abuse and residential abuse during the course of his two days in Ireland.

Acknowledging that the pope’s program “is very tight,” Archbishop Martin added, “We will find a way in which the pope will be able to address the concerns of all of those people,” he said.

NEXT: Philippine priest killed while preparing for Mass