Dioceses using Twitter, social media to be ‘salt and light’ in world 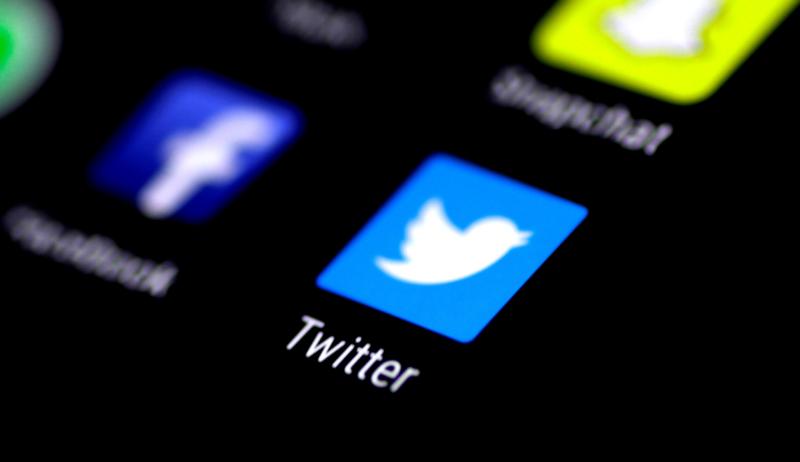 The Twitter application is seen on a phone screen in 2017. For some bishops and their dioceses, using Twitter has become an effective way of reaching the faithful. (CNS photo/Thomas White, Reuters)

WASHINGTON (CNS) — Pope Francis has said that shepherds “should have the smell of the sheep.” For some bishops and their dioceses, that means going on Twitter.

“Bishop (David A.) Zubik (of Pittsburgh) was very clear: If he can meet people in a particular way, he wants to do it,” said Nick Sciarappa, the digital media strategist for the Diocese of Pittsburgh. “Twitter is one way we can bring local content to Pittsburghers.”

One of the main features of the diocese’s Twitter feed is a weekly series of videos where someone in the diocese reflects on a Gospel reading.

In the videos, which are about two to five minutes long, people from the Pittsburgh Diocese describe what the Gospel reading means to them and how they apply it to their own lives.

Sciarappa said that the videos’ popularity has grown more than he expected.

“I started off by asking people that I knew to be good preachers, but the videos gained so much traction that people started asking if they could do them,” he told Catholic News Service.

“We have so many talented priests, deacons, laypeople, members of religious orders — all of it in our diocese, and the videos let us highlight that.”

The reaction has been very positive.

“The main thing I’ve been hearing is that people didn’t know that Pittsburgh had so many talented Christians willing to share the faith,” he said.

Every month, he tweets asking for prayer requests, which he prays for and invites anyone who sees them to do the same.

In the Archdiocese of Edmonton, in Alberta, Canada, a 2016 effort by Archbishop Richard Smith led to the archdiocese increasing its focus on social media.

“We want to use Twitter as an evangelization tool and a means of communication,” said Lincoln Ho, the social media specialist for the archdiocese. “We’re trying to reach out to the youth audience.”

He mentioned that since the archdiocese covers a large geographic area — central Alberta — the Twitter account gives them another method to broadcast information to the entire archdiocese.

Ho said that a decent number of people ask questions, and “if people are asking questions we’ll respond.”

Archbishop Smith is “probably the most popular archbishop in Canada who tweets personally,” Ho said.

On occasion, the archdiocese finds itself the subject of trolling, which is making deliberately provocative online posts in the hope of eliciting a reaction.

“We get people trolling because Archbishop Smith is big on pro-life issues, both abortion and end-of-life issues,” Ho told CNS. “Sometimes people troll because they just don’t understand what we’re trying to do, and so we’ve had some very good outcomes just responding and talking to people.”

“There’s so much pablum and garbage out there, and so we need to stand up and be the voice of the Truth with a capital ‘T,'” said Elizabeth Westhoff, the director of communications for the archdiocese.

The archdiocese began its social media presence in 2008.

“Social media then was considered ‘new media,’ and we said that, if it’s new, we should probably be on it,” Westhoff said.

“We hope that we can start conversations with social media. We have so much to share — 2,000 years of faith and teaching and history and tradition.”

People respond to the tweets on the archdiocesan and the archbishop’s Twitter accounts.

“The messages we get, especially on the archbishop’s account, are interesting. He’ll get a lot of prayer requests from people who are struggling, and the archbishop will tell them he’ll remember them while saying Mass or reach out to them personally,” Westhoff said.

In the Diocese of Green Bay, Wisconsin, Bishop David L. Ricken was motivated to make his own Twitter account after Pope Benedict XVI made one in 2012.

“Following the pope’s example, the bishop wanted to get into Twitter,” said Matthew Livingstone, the social communications director for the Diocese of Green Bay.

“He’s involved in every tweet that goes out. It has to ultimately be his voice,” Livingstone said. “On his account, he really has a voice of inspiration and encouragement and spiritual growth.”

The bishop believes that saying the name of Jesus on Twitter is important.

“He speaks to the audience that follows his account, but he also writes prayers to Jesus which he tweets,” Livingstone said.

“In these spaces, we’re called to be salt and light,” Livingstone said, and the bishop believes that saying the name of Jesus is a key part of that.

Despite the novelty of Twitter, Westhoff said nothing about it is really all that new.

“There’s a long history of Catholic communications. It starts with God speaking to Adam,” she said. “Imagine what St. Paul could have done with a Twitter account.”

PREVIOUS: U.S. diplomats slow in learning how to assess faith in consular efforts