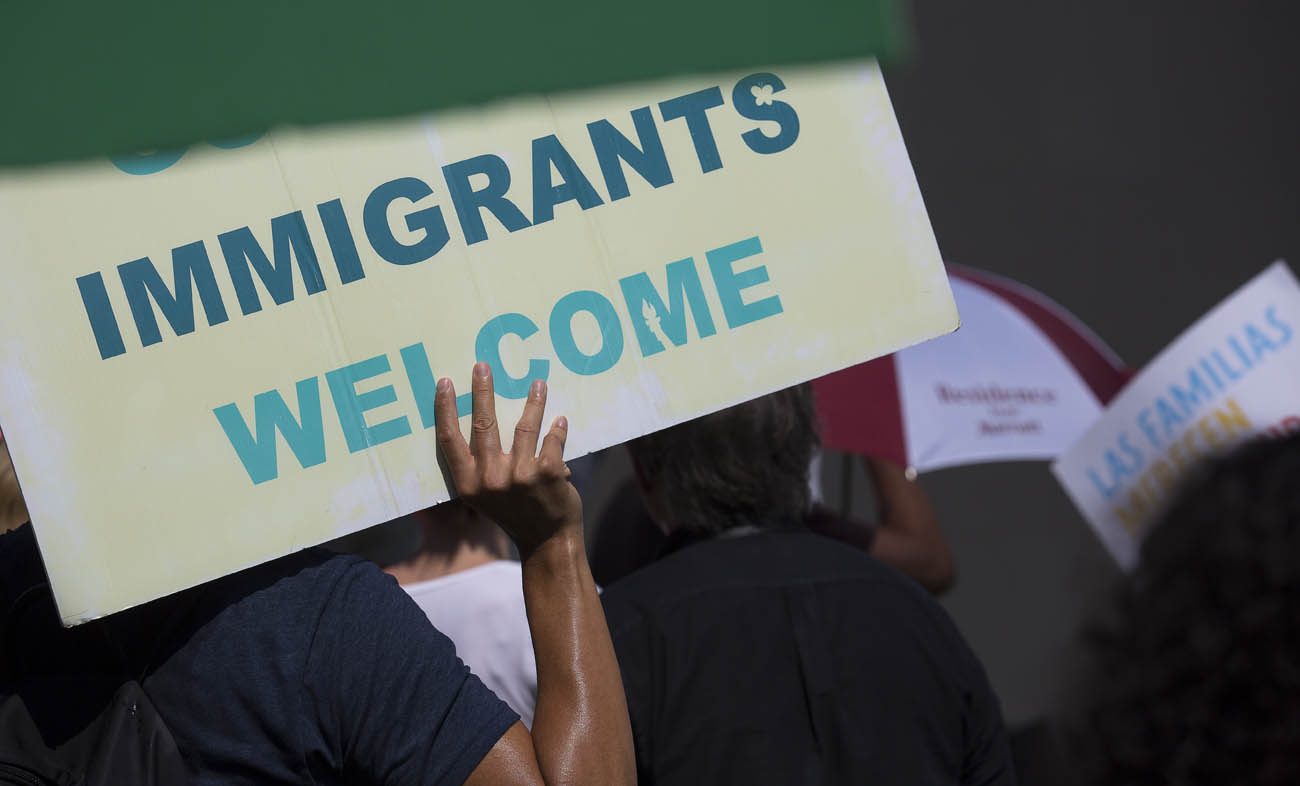 WASHINGTON (CNS) — Here is a timeline highlighting some key points in the history of U.S. immigration laws and its border and asylum policies:

1891: Congress creates the Bureau of Immigration to oversee the admission of all immigrants, including those who would now be called “refugees.” There were no separate laws for refugee admissions at the time.

1910s: The violence of the Mexican Revolution leads thousands of Mexicans to cross the border. Most of them are admitted for permanent residence.

1921 and 1924: The Emergency Quota Act of 1921 and the Immigration Act of 1924 set quotas on how many immigrants the United States will accept from each country per year. Countries not completely excluded from immigration could only provide immigration visas to 2 percent of the number of people in the United States from that country in 1890. As a result, immigration from Southern and Eastern Europe precipitously dropped.

1939: The United States turns away 907 refugees from Nazi Germany aboard the MS St. Louis, a German oceanliner. After the ship also was turned away from Canada, the refugees ended up in various European countries, where 227 of them failed to survive the war.

1948: Congress passes the Displaced Persons Act, the first act aimed specifically at refugees. It enabled refugees to enter the United States within the existing quota system. Before the act expired in 1952, over 350,000 people were admitted under it.

1958: Congress passes the Azorean Refugee Act, which authorizes 2,000 non-quota immigrant visas for victims of earthquakes and volcanic eruptions on an Azorean island. It was the first time Congress had passed legislation specifically for refugees affected by a natural disaster.

1965: Congress amends the Immigration and Nationality Act, eliminating the quota system and establishing a preference category for refugees who had fled from Communist countries for religious or political reasons or people displaced by catastrophic natural disasters.

1968: The United States signs the 1967 U.N. High Commissioner for Refugees Refugee Protocol, which removes the geographical and temporal restrictions on who counts as a refugee present in the earlier refugee protocol.

1980: The Refugee Act, which raises the ceiling for refugees per year to 50,000, defines a refugee as a person with a “well-founded fear of persecution,” and establishes the Office of U.S. Coordinator for Refugee Affairs and the Office of Refugee Resettlement, is enacted.

1981: The first detention center opens in response to an increase in refugees from Haiti and various central American countries. By 1990 there are seven Immigration and Naturalization Service detention centers, in addition to various non-INS facilities at which asylum seekers and other immigrants are detained.

1986: The Immigration Reform and Control Act grants legal status to immigrants entering the country illegally who have a basic knowledge of English and the history and government of the United States and those who had entered the country illegally before 1982 in exchange for a fine, back taxes and an admission of guilt.

1987: In Cardoza-Fonseca v. INS, the Supreme Court finds that asylum applicants have to prove only that persecution is a “reasonable possibility.”

1993: After creating an expectation that refugees from Haiti would be welcomed because of his attacks on the policy of the first Bush administration, President Bill Clinton decides to continue his predecessor’s policy of forcibly returning Haitians fleeing abject poverty to their home country.

1997: The Flores settlement, a consent decree agreed to by the Clinton administration and the plaintiffs in Reno v. Flores, an earlier Supreme Court case, sets standards for the treatment of unaccompanied minors who have been detained. The settlement requires that children be released as soon as possible to their parents, a legal guardian, a relative, or any vetted entity willing to have custody of the child. It also requires that the children be provided food and water, medical assistance, toilets and sinks, adequate temperature control and ventilation, supervision and protection, and separation from unrelated adults whenever possible. The settlement was later modified to say that children should not be detained for more than 20 days.

2005: ICE introduces the Intensive Supervision Appearance Program, which allows some people awaiting their immigration court hearings to be released. ICE then keeps tabs on these people with case-workers, curfews, and electronic monitoring.

2005: Operation Streamline, a join initiative of the Department of Homeland Security and the Department of Justice, begins. It aims to combat trafficking and repeat illegal immigration by trying people for illegal entry. The cases are not heard individually, but in larger groups. The program is still active in a few districts along the border.

2014: The Obama administration directs the U.S. Federal Emergency Management Agency to lead relief efforts in response to the large number of unaccompanied children crossing the U.S.-Mexico border. Responding to a surge of these children and of families coming across the border that summer, the administration put hundreds of families in immigration detention, a practice that had not been implemented for several years.

2014: ICE and DHS announce that, as a matter of policy, they will oppose all bond for detained mothers and children seeking asylum.

2016: A report by CoreCivic, the largest private prison and detention company in the United States, shows that 24 percent of its revenue for the year came from ICE detention.

2017: An executive order by President Donald Trump lowers the number of refugees to be admitted in 2017 to 50,000, and suspends the U.S. Refugee Admissions Program and the admission of refugees for 120 days.

2018: The Trump administration announces a zero-tolerance policy toward those who cross the border illegally. All border crossers would be referred to the Department of Justice and then prosecuted for illegal entry. As a result, families crossing the border would be separated. The parents would be placed in jail, and as a result the children would automatically become unaccompanied minors and be placed in custody or foster care.

2018: After public outcry about the family separations, President Trump issues an executive order to detain families together. The order also directs the Department of Justice to prioritize cases involving detained families.