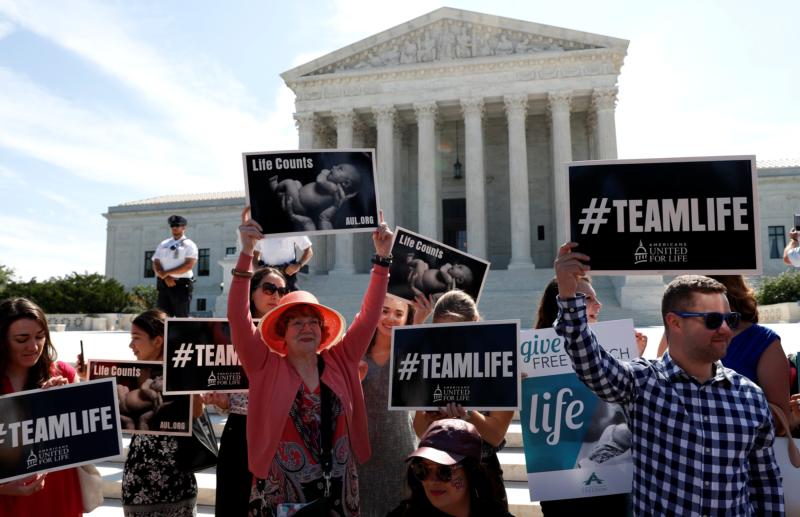 Cardinal Daniel N. DiNardo of Galveston-Houston, president of the U.S. Conference of Catholic Bishops, is urging U.S. senators not to use the Roe v. Wade decision legalizing abortion as a litmus test for confirming judicial nominees. He sent a letter on the issue to lawmakers July 6. (CNS photo/Leah Millis, Reuters)

Cardinal Daniel N. DiNardo of Galveston-Houston wrote to members of the Senate, which will soon begin deliberations on President Donald Trump’s nominee to fill the vacancy being left on the Supreme Court by the retirement of Justice Anthony Kennedy.

Trump said he will announce his choice for the court July 9.

The cardinal’s letter emphasizes that the USCCB “does not support or oppose confirmation of particular presidential nominees.”

But he said he has “grave concerns about the confirmation process … being grossly distorted by efforts to subject judicial nominees to a litmus test in support of Roe, as though nominees who oppose the purposeful taking of innocent human life are somehow unfit for judicial office in the United States.”

“By any measure,” Cardinal DiNardo said, “support for Roe is an impoverished standard for assessing judicial ability. For forty-five years, Roe has sparked more informed criticism and public resistance than any other court decision of the late 20th century.”

He pointed to polls taken over the past few decades that show that most Americans oppose Roe’s provision for unlimited abortion. The cardinal also called attention to a growing number of state legislatures that have passed pro-life laws.

In addition, he said, “mainstream medicine rejects abortion, with the vast majority of physicians and hospitals — religious and secular — refusing to participate in abortions.”

“Even legal scholars who support abortion have criticized Roe for not being grounded in the U.S. Constitution,” he said.

“If a Supreme Court ruling was wrongly decided, is widely rejected as morally flawed and socially harmful, and is seen even by many supporters as having little basis in the Constitution, these are very good reasons not to use it as a litmus test for future judges,” Cardinal DiNardo wrote. “Further, a nominees’ faith should not be used as a proxy for their views on Roe,” he added. “Any religious test for public office is both unjust and unconstitutional.”

The Catholic Church stands out for “its commitment to the right to life from conception until natural death,” he said. “This ethic has profound consequences not only for abortion,” he said, but for all life issues, including the death penalty, scientific research and access to health care and for “the role of the state in promoting the common good.”

Civil society “will be all the poorer” if the Senate rejects well-qualified judicial nominees “whose consciences have been formed in this ethic,” Cardinal DiNardo said.

PREVIOUS: Work requirements to qualify for government aid: How well does it work?