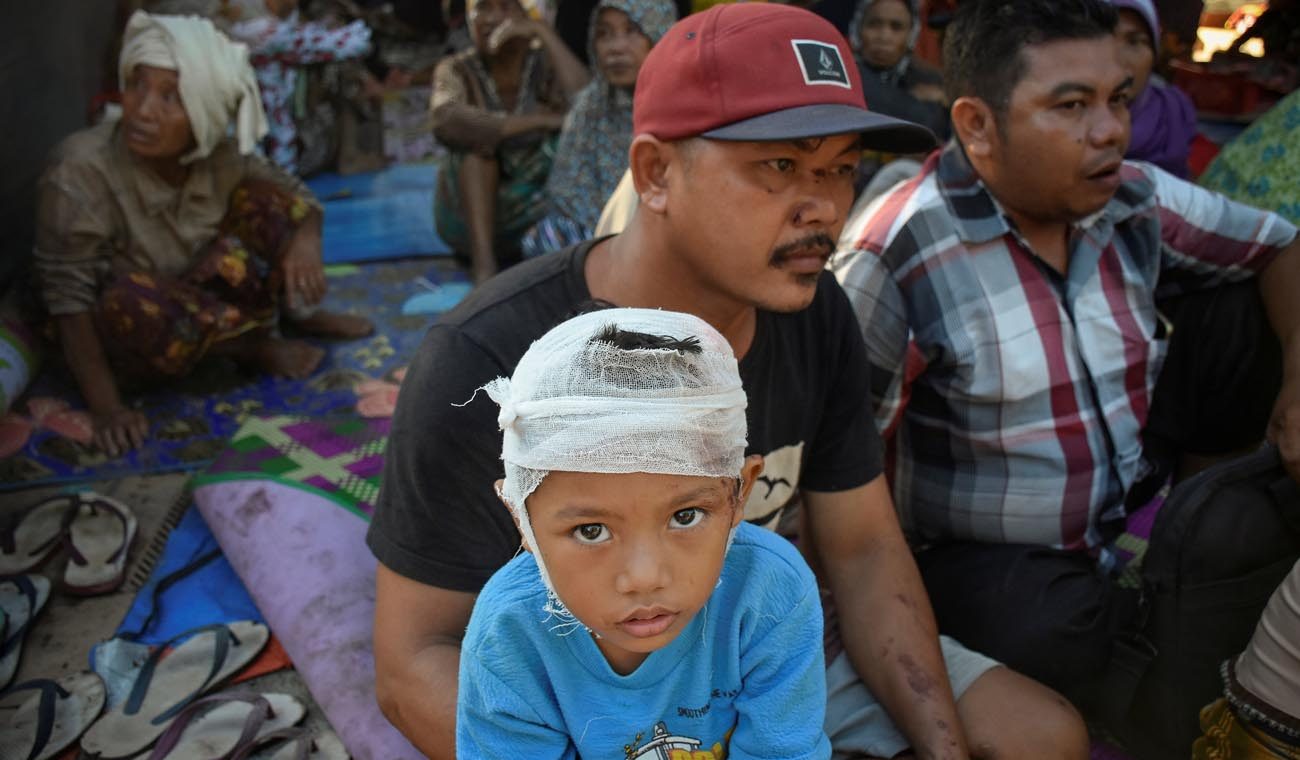 A young earthquake survivor sits with his family inside a makeshift tent July 30 on the island of Lombok in Indonesia. At least 16 people were killed and hundreds injured July 29 in the magnitude 6.4 earthquake. (CNS photo/Ahmad Subaidi, Antara Foto via Reuters)

The magnitude 6.4 quake struck the island July 29, killing at least 16 people, injuring 355 others and forcing more than 5,100 people from their homes, according to the country’s national disaster agency.

Through July 30, 276 aftershocks had hit the island and other areas in West Nusa Tenggara province, ucanews.com reported.

“St. Anthony Catholic Hospital has sent teams of medical workers to serve those affected by the quake in Sembalun sub-district, the worst-hit area,” he said.

The parish’s emergency response team — along with teams from the Diocese of Denpasar and the Mataram chapter of the Union of Catholic University Students of the Republic of Indonesia — went to the district July 31.

“We had to assess the current situation and what aid the victims really need. We’re focusing on things government and other organizations tend to overlook,” Father Maryono said.

“Then we will submit recommendations to the bishop and Caritas Indonesia,” he said.

Adrianus Umbu Zogara, who heads the student group, said members had collected rice and instant noodles to distribute to victims.

“We’ve also received financial aid,” he said. “We will use the money to buy necessities victims most need, such as blankets.”