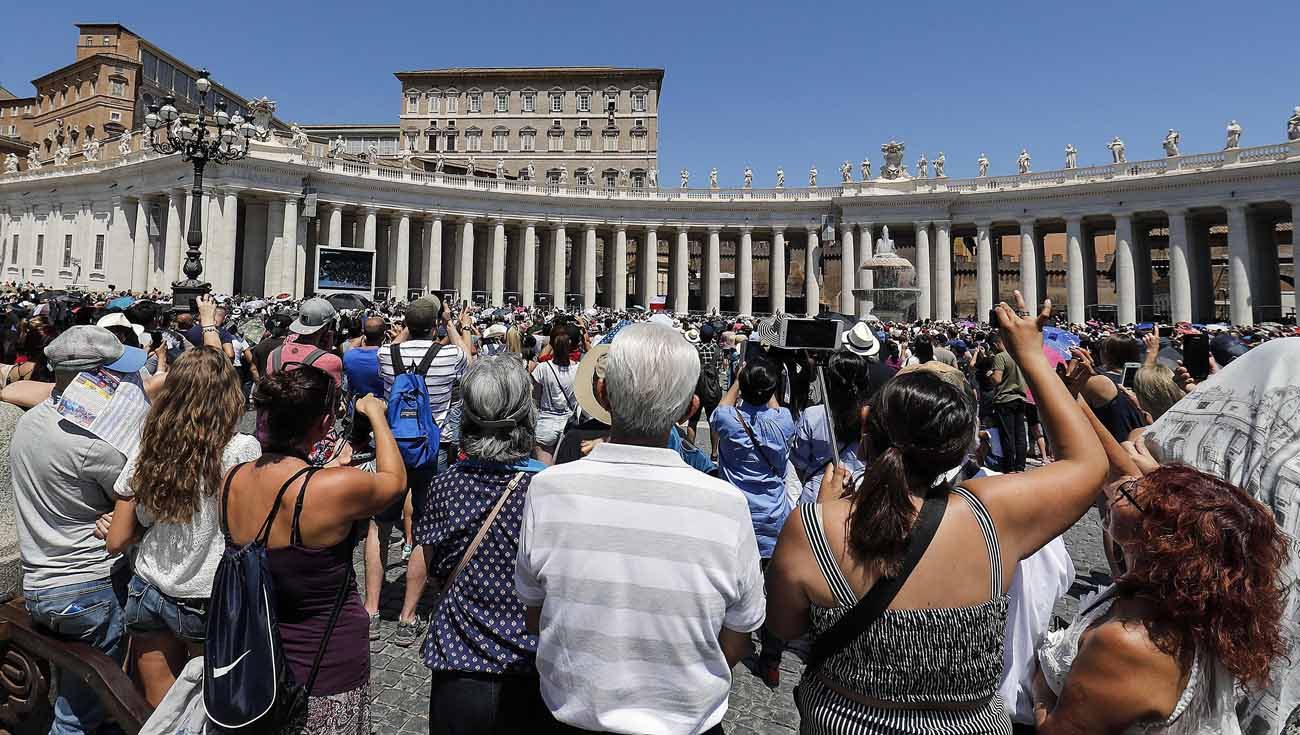 VATICAN CITY (CNS) — God does not conform to people’s expectations, and he often presents himself and his graces in surprising ways, Pope Francis said.

“God does not conform himself to preconceptions. We have to make an effort to open our hearts and minds to accept the divine reality that presents itself to us,” the pope said before praying the Angelus to those gathered in St. Peter’s Square July 8.

For example, the pope said, the people of Nazareth could not understand how Jesus, a simple carpenter with no formal education, could perform miracles and outdo even the scribes with his teachings.

Being so familiar with Jesus’ family and modest roots, the residents go from being in awe to being incredulous at what the Lord had to say, Pope Francis said.

“Instead of opening themselves up to reality, they are scandalized,” he said, because in their minds, God would never lower himself to speak through such an ordinary man.

“It’s the scandal of the incarnation,” which still exists today, he said, when people have preconceived notions about God, which keep them from recognizing him.

“It’s about having faith; the lack of faith is an obstacle to God’s grace. Many baptized live as if Christ didn’t exist — they repeat the gestures and signs of faith, but these do not correspond to a real bond to the person of Jesus and his Gospel,” he said.

“The Lord invites us to adopt an approach of humble listening and waiting meekly because God’s grace often presents itself to us in surprising ways that do not match our expectations,” he added.

St. Teresa of Kolkata is a good example of this, he said. She was a petite, poor nun who — with prayer and good works — did miraculous, great things and “revolutionized the charitable work of the church.”

“She is an example for our day,” the pope said, asking that people open themselves up to God’s grace, truth, mission and mercy, “which is meant for everyone, without anyone excluded.”

PREVIOUS: Learn from the past to bring peaceful future to Middle East, pope says

NEXT: Vatican calls for prayers, support for seafarers, who face many risks