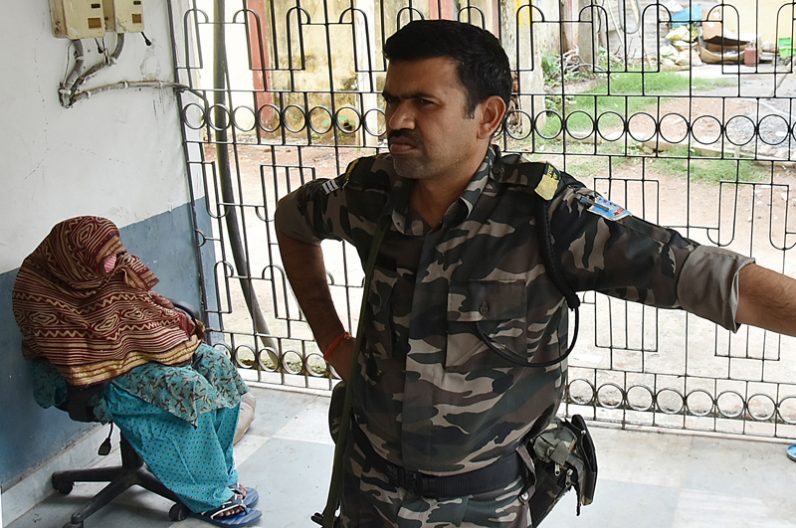 An unidentified Indian woman, allegedly an employee at a home run by Mother Teresa’s Missionaries of Charity, is seen in police custody after she was arrested in Jharkhand, India, July 5. Anima Indwar, who worked for the nuns in Jharkhand, was handed over to police in early July after she admitted that procedures had not been followed in transferring children to Jharkhand state’s Child Welfare Committee. (CNS photo/EPA)

NEW DELHI (CNS) — Facing child trafficking allegations at one of its homes for unmarried mothers in India, the Missionaries of Charity said the order condemns the actions of individuals involved and stressed that these are unrelated to the order.

A baby born in Nirmal Hriday (Tender Heart) home in the eastern Indian city of Ranchi was not handed over to state adoption authorities after the mother had declared her intention to do so, Sister Mary Prema Pierick, superior general of the Missionaries of Charity, said in a July 17 statement from Kolkata.

“We are fully cooperating with the investigations and are open to any free, fair and just inquiry,” Sister Prema said, noting that “false news” “and “baseless innuendos” are being spread.

“While we place our full trust in the judicial process that is underway, we wish to express regret and sorrow for what happened,” she said.

The order condemns “in unequivocal terms” the individual actions “which have nothing to do with the Congregation of the Missionaries of Charity,” she said. 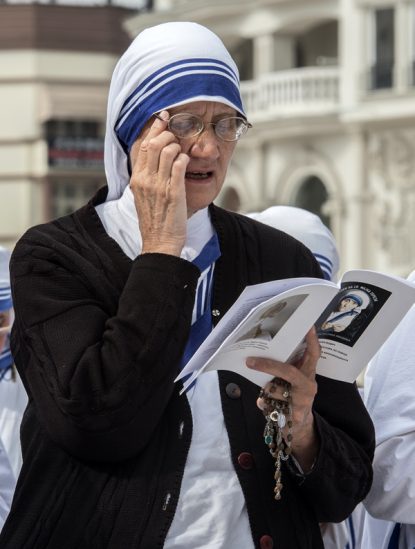 A baby born in Nirmal Hriday (Tender Heart) home in Ranchi, India, was not handed over to state adoption authorities after the mother had declared her intention to do so, Sister Mary Prema Pierick, superior general of the Missionaries of Charity, said in a July 17 statement from Kolkata. Sister Prema is pictured in a 2016 photo. (CNS photo/Georgi Licovski, Reuters)

Sister Concelia, whose duties as sister in charge of the home in Jharkhand state included accompanying mothers and babies to the welfare committee, which handles adoptions, was assisted by Anima Indwar, Sister Prema said.

Indwar had been employed by the home, which is part of the mission for children and unwed mothers of the order founded by St. Teresa of Kolkata in 1950, since 2012 and had come “to enjoy the trust of the sisters,” she said.

Sister Prema’s statement said Karishma Toppo, who had been in the home for about six weeks before her baby was born May 1, had declared in the home’s register her intention to “surrender her child” to the welfare committee.

While Indwar, Toppo and her guardian took the baby from the home to do this, neither the home nor the sisters “had any way to ascertain whether the child was actually surrendered” to the welfare services, she said.

When she admitted to the welfare committee early July that the baby had not been given to them, Indwar was handed over to police, Sister Prema said.

Sister Concelia was arrested and her superior, Sister Marie Deanne, was questioned and held in police custody overnight, she said.

The following day, the home’s 11 mothers, a baby and a guardian were removed from the home by the welfare services, Sister Prema said.

The women “were subjected to utmost humiliation and public embarrassment by the officials as they were carried in full view of the media,” she said.

Another Missionaries of Charity home in Hinoo was raided by police soon afterward, with its 22 children, including a one-month-old baby, “carried away” by authorities, Sister Prema said.

“It is distressing that” the welfare committee “meted out such treatment to a home which,” weeks before, officials had “described as having an ‘excellent environment for the care of children,'” she said.

PREVIOUS: Nicaraguan bishops to pray for exorcism as violence continues