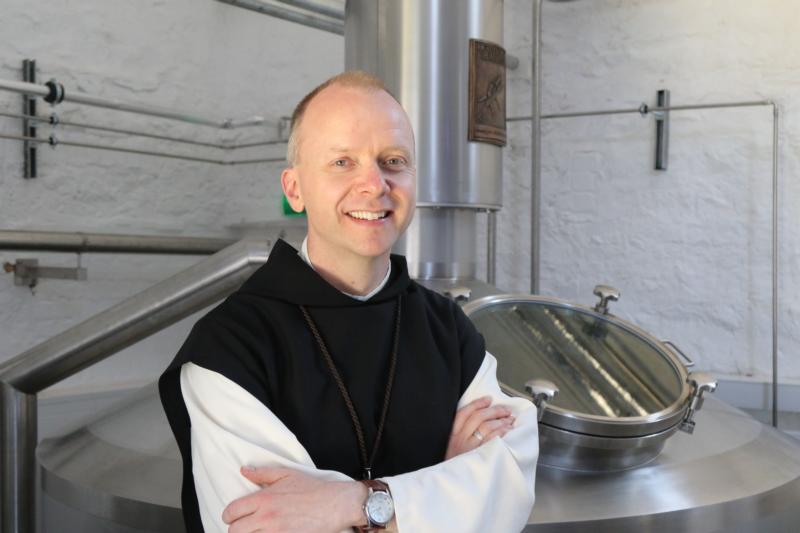 COALVILLE, England (CNS) — Cistercian monks have opened the first Trappist brewery in England and are selling thousands of bottles of beer every day.

The monks at Mount St. Bernard Abbey in the English Midlands decided to brew beer to bring in revenue when they realized they could no longer generate a sufficient income from a herd of 200 dairy cattle.

The new product — Tynt Meadow English Trappist Ale, named after the nearby pasture where the monks first settled in 1835 — went on sale July 9, and people have been lining up to buy cases from the abbey store since.

Father Erik Varden, the abbot, told Catholic News Service July 11 that more than 2,500 bottles were sold from the store alone on the first day, with nearly 2,000 selling the day after.

He said: “We have had so much encouragement and cheers from people who would be very remote from a place like this and what we stand for. They like the beer.”

The monks, he said, consulted industry experts and Trappist breweries, before deciding in 2014 to make their own beer.

The refectory, kitchen and laundry were relocated to make space for a brewery, and the cow sheds were converted into a warehouse.

The monks were advised not to try to make an imitation Belgian beer, but to “lean on the tradition” of English ale, Father Varden said.

Using only English barley and hops and a strain of English yeast, the result is a twice-fermented, full-bodied mahogany-colored beer, both sweet and bitter in taste, and with an alcohol volume of 7.4 percent. 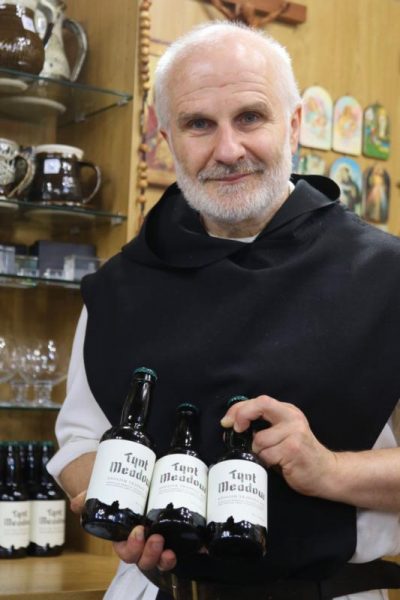 Food and drink critics have praised the beer, with one telling the British Broadcasting Corp. that it was “seriously nice.”

Father Varden said Tynt Meadow was a comparatively strong beer within the British market but was nevertheless “significantly below the 10 or 11 percent” sometimes brewed by monks in continental Europe.

He added: “It presupposes responsible drinking. It is not a beer to be quaffed. It lends itself very well as a culinary beer, a beer to be drank with good food.”

The brewery is just the 12th in the world to be allowed to call itself Trappist after conforming to the standards of the International Trappist Association.

Six of the other Trappist breweries are located in Belgium, two in the Netherlands and one each in the U.S., Austria and Italy.

To qualify as a Trappist brewery, the beer must be brewed by the monks, but the operation must be of secondary importance to their way of life.

Also, the beer must not be brewed for profit but only to sustain the life of the community and to support charitable causes.

“A lot of people assume that in a place like this we get coffers of gold sent to us from the Vatican by Parcelforce every quarter,” said Father Varden.

“It would be nice if they came, but we depend on the work of our hands to ensure the upkeep of this place and to try to be good stewards,” he continued.

He added: “We needed a sector of work commensurate with our present reality. Brewing was one of the options on the drawing board and ended up seeming the most attractive option.”

The font for the labels for the Tynt Meadow beers follows a 12th-century Cistercian script, and the logo depicts the three lancet windows visible on each side of the tower of the English Gothic-style abbey church.

NEXT: A good Christian shares the Gospel, pope says