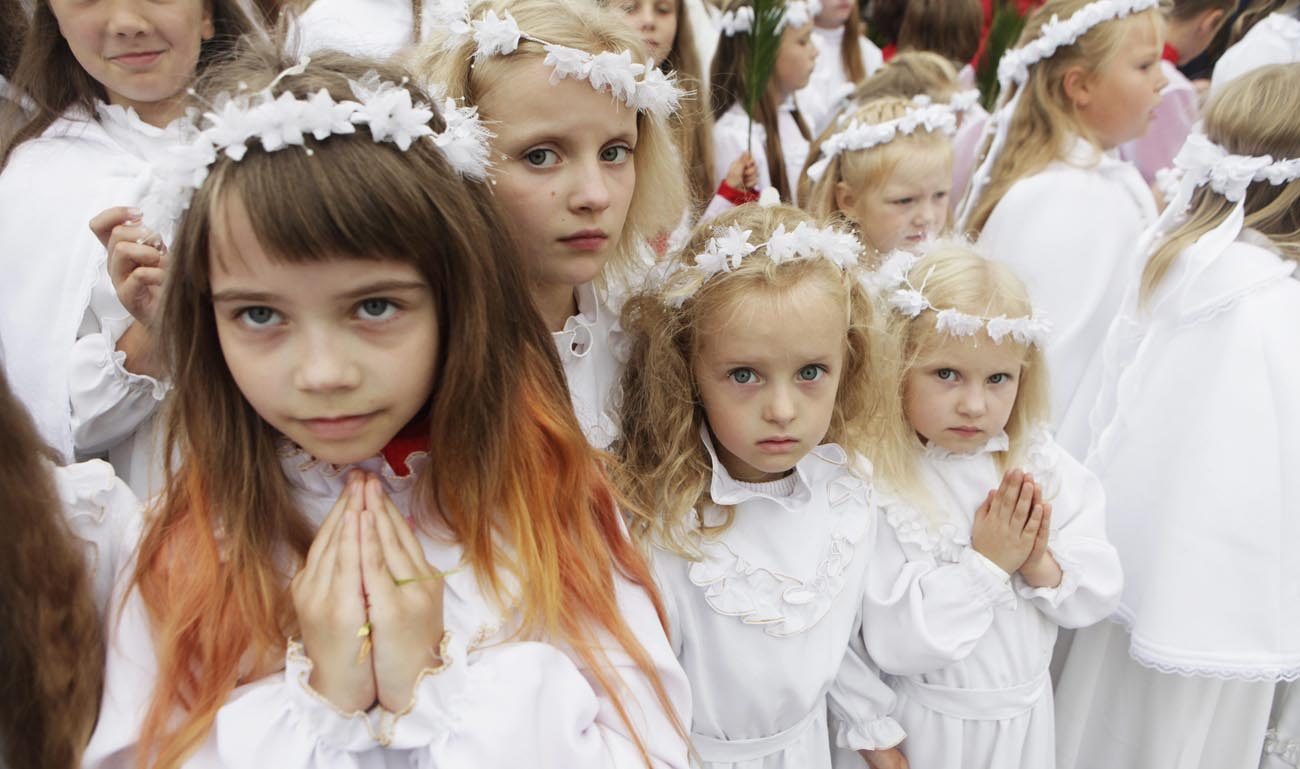 The four-day trip will take the pope to two important Marian shrines, two major ecumenical encounters and places that commemorate each nation’s fight for freedom from oppression.

Abortion and the disintegration of families have been serious challenges for the church and society in these three former Soviet republics, according to past reports from bishops during their visits Rome.

Pope Benedict XVI had noted the problem of “scant attention paid to the transmission of authentic values to one’s children, the precariousness of jobs” and mobility that breaks up extended family networks.

“A modernity that is not rooted in authentic human values is destined to be dominated by the tyranny of instability” and a widespread sense of being lost, he told bishops from Lithuania, Latvia and Estonia in 2008.

In a 2015 meeting with bishops from Latvia and Estonia, Pope Francis also addressed the need to adequately transmit church teaching on marriage and family life.

The pope told the bishops in a written address that God had chosen them to “work in a society that, after having long been oppressed by regimes founded on ideologies contrary to human dignity and freedom, today is called to face other insidious dangers, such as secularism and relativism.”

It will be Pope Francis’ 24th trip abroad and bring the total number of countries he has visited outside of Italy since his election to 38 nations.

The Vatican released the following schedule July 5 with many of the times still yet to be announced. Times listed are local, with Eastern Daylight Time in parentheses.

— Welcoming ceremony at the airport.

— Meeting with government authorities, local leaders and representatives of the diplomatic corps at the presidential palace. Speech by pope.

— Meeting with young people in the square by the city’s cathedral. Speech by pope.

— Mass at the Kaunas’ Santakos park. Homily by pope.

— Lunch with the bishops at the curial house.

— Meeting with priests, men and women religious and seminarians in the Kaunas cathedral. Speech by pope.

— Transfer by car to Vilnius.

— Visit and prayer at the Museum of Occupations and Freedom Fights. Prayer by pope.

— Official welcome at the airport.

— Welcoming ceremony in the courtyard of the presidential palace.

— Meeting with government authorities, local leaders and representatives of the diplomatic corps at the presidential palace. Speech by pope.

— Ceremony and placement of flowers at the Freedom Monument.

— Visit to the Catholic cathedral of St. James. Greeting by pope.

— Lunch with the bishops at the archdiocesan house of the Holy Family.

— Transfer by helicopter from Riga’s harbor helipad to the Marian sanctuary of Aglona.

— Mass near the sanctuary. Homily by pope.

— Farewell ceremony at the heliport of Aglona.

— Transfer by helicopter to the international airport of Vilnius.

— Farewell ceremony at the international airport of Vilnius.

— Welcoming ceremony in the square near the presidential palace.

— Meeting with government authorities, local leaders and representatives of the diplomatic corps in the garden of the presidential palace. Speech by pope.

— Lunch with the papal entourage in a Brigidine Sisters’ convent.

— Encounter in the Cathedral of Sts. Peter and Paul with people receiving assistance from the church’s charitable services. Greeting by pope.