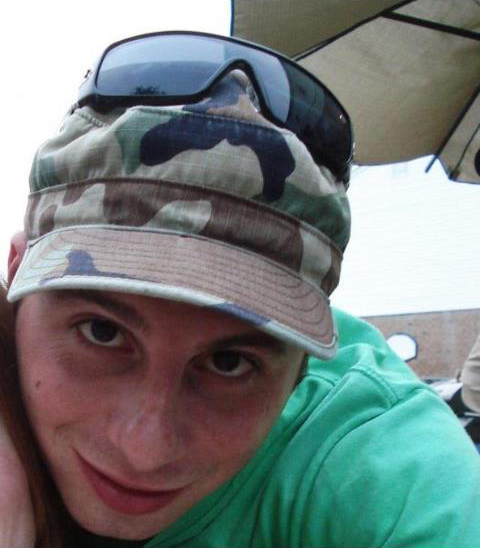 Anthony Siciliano was 26 at the time of his suicide in 2008. His mother, Cathy, later formed Life Resurrected, a Catholic faith-based support group for those affected by suicide. (Photo courtesy of Cathy Siciliano.)

After losing her 26-year-old son Anthony to suicide in 2008, Cathy Siciliano has spent the past decade learning about mental health, the grieving process and finding God in the darkness.

She can tell you a few very important things.

That’s because for Siciliano, a high school educator, mourning her child has also been a journey from practicing as a “rote Catholic” to embracing a “living Catholic” faith.

Siciliano is the founder of Life Resurrected, a bereavement support group for those who have been affected by suicide. The group, which is open to all regardless of religious beliefs, meets on the second Thursday of the month at St. Albert the Great Parish in Huntingdon Valley from 7 to 8:30 p.m.

With attendance ranging from five to 25 at a given meeting, participants gather to share their experiences of loss. A priest then provides a teaching for the final 20 to 25 minutes of the session, based on Scripture or Catholic spiritual writings.

Dedicated to Our Lady of Sorrows, the group offers “a place where survivors can put their pain,” said Father Marc Capizzi, who helped create the group with Siciliano. “That place is at the cross, in Mary’s heart.”

Now at St. Andrew Parish in Newtown, Father Capizzi was assigned to St. Albert’s when he received a call from Siciliano on the morning of Anthony’s suicide. Fearing that her younger son would learn of his brother’s death before she could return home from work, Siciliano asked Father Capizzi to meet the youth at her house. Rosary in hand, Father Capizzi did just that.

“For a priest, consoling a family that’s experienced a suicide is more common than you would think,” he said.

In fact, according to a recently released report by the Centers for Disease Control, almost 45,000 Americans die by suicide each year, making it the tenth leading cause of death in the U.S.

(See a related story about the Catholic Church’s teaching on suicide and euthanasia.)

Father Capizzi continued to counsel the Siciliano family throughout their bereavement, even joining Cathy at seminars held by the American Foundation for Suicide Prevention (AFSP), an organization in which she eventually assumed several leadership roles after her son’s death.

Through prayer and discernment, Father Capizzi and Siciliano formed Life Resurrected, choosing that name “to speak to coming out of the depths of despair, doubt and fear,” said Father Capizzi.

For Siciliano, the new group represented a chance to do more than simply share grief experiences with fellow survivors, something she’d done at other bereavement meetings.

“There was healing in that, but it was all talk about suicide up to the last hour,” she said. “I would come home, and my mind would race.”

Already a member of a parish prayer ministry, Siciliano began to ponder what a support group with clergy might look like.

“It’s important to have priests there, because people want to know where their loved ones are,” she said.

Survivors often fear that suicide means automatic and eternal damnation for the deceased, a view held by some non-Catholic Christians.

“The church doesn’t ever decide or declare that someone is in hell,” said Father Taglianetti. “What’s important here is always having hope – hope in the love of God and his divine mercy, which can forgive us even at the very last moment of a person’s life.”

The Life Resurrected meetings allow clergy to bring Christ’s love to those left behind, and to “help clear up misunderstandings of who God is and what happens after death,” Father Capizzi said. 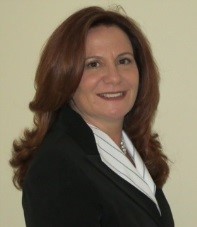 The gatherings also help to dispel myths about the causes of suicide, and to destigmatize what Siciliano calls a “very complicated grief” that can shatter families.

“Family members blame each other – ‘you said this,’ ‘you did that,’” said Siciliano. “People look at you like, ‘What did you do wrong to make your loved one take his or her life?’”

Mental health advocates have long emphasized that suicide has no single cause, but instead results when “stressors and health issues converge to create an experience of hopelessness and despair,” according to the AFSP’s website.

Depression, anxiety and substance abuse can all increase one’s risk for suicide, undermining the very resources with which most people battle life’s adversities.

“When someone has cancer, they can call on their mental abilities to fight back, to build up their determination to survive,” Siciliano said. “But when someone has mental health issues, the very thing they need to rely on – their mind – is the one thing that’s broken.”

In her work, Siciliano promotes compassion and dignity for those suffering from mental health issues.

Four years after her son’s death, she dedicated the “Finding the Light Within” mural at 120 South 30th Street in West Philadelphia. Commissioned by Mural Arts Philadelphia, the city’s behavioral health department and the AFSP, the image highlights suicide awareness. Siciliano’s son is featured in the mural, which was designed by artist James Burns.

“The dedication ceremony took place on Sept. 15, which was my son’s 30th birthday, and the feast of Our Lady of Sorrows,” said Siciliano.

Through Life Resurrected, Siciliano has transformed her grief into a ministry that evangelizes as well as comforts. One participant, an agnostic, was able to find closure for his loss through a memorial Mass held after a meeting. He later went on to meet with Father Capizzi for spiritual counseling.

“We never forget our loved ones, but there is hope, and there is a reason why we’re still here,” Siciliano said. “So figure out how to pick up your cross and help others along the way.”

For information on other Archdiocese of Philadelphia bereavement resources, contact the Office for Life and Family at 215-587-0500 or visit http://phillycatholiclife.org/marriage-and-family/bereavement-ministry/

PREVIOUS: Catholic teaching shows hope for those hurt by suicide

NEXT: Meet two new refugee families — and learn how you can help