Catholic teaching shows hope for those hurt by suicide 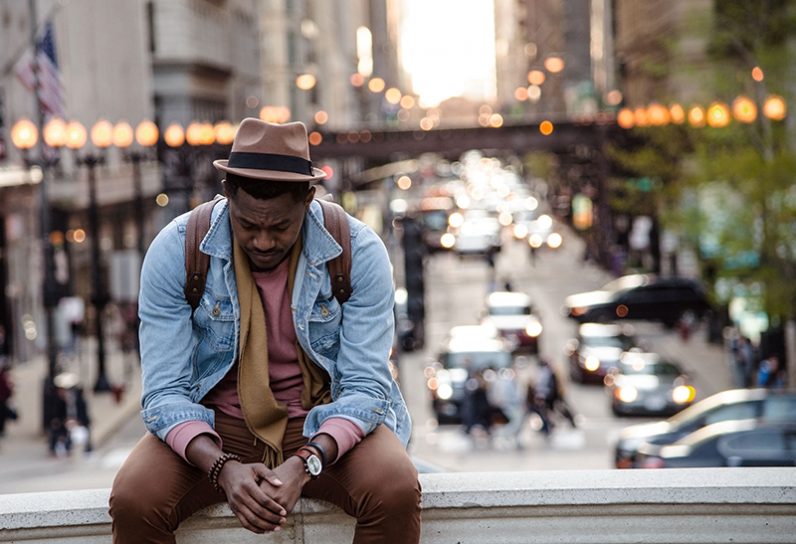 On a November morning in 2008, Father Marc Capizzi had his rosary in hand when he left the rectory at St. Albert the Great Parish in Huntingdon Valley. Having received an anguished call from a parishioner, he set out to comfort a family that had just lost a son to suicide.

His heartbreaking mission was not out of the ordinary.

“It’s probably more common than you would think,” Father Capizzi said. “A number of priests have had this experience.”

According to a recently released report from the Centers for Disease Control (CDC), that experience is becoming more common. From 1999 to 2016, suicide rates increased by more than 30 percent in half of the nation’s states. Almost 45,000 Americans die by suicide each year, making it the tenth leading cause of death in the U.S.

Recent celebrity suicides, such as those of fashion designer Kate Spade and celebrity chef Anthony Bourdain, have also highlighted the issue.

Both the CDC and the American Foundation for Suicide Prevention (AFSP) emphasize that suicide has no single cause. Mental and physical health, relationship issues, sexual and substance abuse — along with financial, employment, legal and housing difficulties – have all been shown to contribute to a person’s decision to end his or her life.

The complexities of mental, emotional and physical health are recognized by the Catholic Church in its stance on suicide.

“Suicide itself is a gravely disordered act, an evil one,” said Father Bernard Taglianetti, a professor of moral theology at St. Charles Borromeo Seminary in Wynnewood. “However, the church also recognizes that strong emotional experiences – deep suffering, deep depression – can diminish one’s culpability.”

Father Taglianetti noted that the church relies on the expertise of mental health professionals in evaluating and crafting a pastoral response to suicide.

Priests cannot be regarded as mental health counselors unless they have received training and licensure as such, he said. However, clergy should be able to refer parishioners to appropriate treatment, and above all, priests can pray with and provide spiritual support for those contemplating suicide.

“God is with you, and the church’s blessing is always available,” he said.

In addition, the sacraments — particularly confession and the Eucharist — provide profound healing for those in despair. Through confession, an individual can be “relieved of spiritual anguish from bad decisions or thoughts,” said Father Taglianetti, while the holy Eucharist makes Christ’s love a tangible reality. 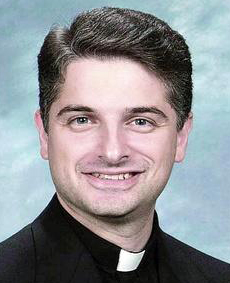 Although some Christian denominations maintain that suicide results in automatic and eternal damnation, the Catholic faith does not despair of God’s mercy for those who take their own lives.

“The Catholic Church doesn’t ever decide or declare that someone is in hell,” said Father Taglianetti. “What’s important here is hope – hope in the love of God, and in his divine mercy.”

That mercy can save a soul even in its final moments on earth, he added.

“At the very last second of a person’s life, if they’ve done this terrible act to themselves, they can cry out to God, whose mercy is infinite,” said Father Taglianetti.

Those who commit suicide are no longer necessarily refused a Christian burial, said Father Dennis Gill, director of the Archdiocese of Philadelphia’s Office for Divine Worship.

Although at one time suicide was regarded as a denial of God’s mercy and power in a person’s life, modern research affirms that “a person who takes his or her life most likely did not make a rational decision,” said Father Gill in an emailed statement.

“Therefore, there is all the more reason to entrust the soul to the Lord with a funeral Mass,” he wrote.

Catholic teaching also speaks in considerable depth to the issues of euthanasia and end-of-life care.

(See a related story on how a losing a son to suicide transformed one woman’s faith.)

Direct euthanasia, defined as “an action or omission which of itself or by intention causes death” to eliminate suffering, is “morally unacceptable,” according to a 1980 Vatican declaration and the Catechism of the Catholic
Church. Physician assisted suicide is considered a form of euthanasia.

In cases of terminal illness, the church distinguishes between ordinary and extraordinary means of care. While the former offer a reasonable hope for improvement without overburdening the patient, the latter excessively burden the patient without benefit, and can be refused.

Father Taglianetti observes that at whatever period it occurs in one’s life, suffering can be redemptive if viewed in the light of faith.

“It allows others more deeply into your life,” he said, contrasting two high-profile cases of terminal brain cancer – that of Brittany Maynard, an outspoken physician assisted suicide advocate who took her life in 2014; and Father Philip G. Johnson, a Diocese of Raleigh priest who has fought his illness since being diagnosed in 2008 at age 24.

While still a seminarian, Father Johnson wrote an open letter to Maynard detailing his own medical struggles and urging her to remain alive as “an example and inspiration.”

“Suffering is not worthless, and our lives are not our own to take,” Father Johnson stated in his letter. “We do not seek pain for its own sake, but our suffering can have great meaning if we try to join it to the Passion of Christ and offer it for the conversion or intentions of others.”

Father Taglianetti observed that suffering can ultimately be a road to sainthood.

“It can be an act of prayer, an act of love,” he said. “And God’s love is not temporary, but eternal, which always give us hope.”

For information on Life Resurrected, a Catholic support group for those affected by suicide, visit http://www.saintalthegreat.org/directory.html.

PREVIOUS: Prayers of ‘reparation’ for sex abuse set for Sept. 14 at Cathedral