St. Edmond’s Home for Children wraps up summer in style 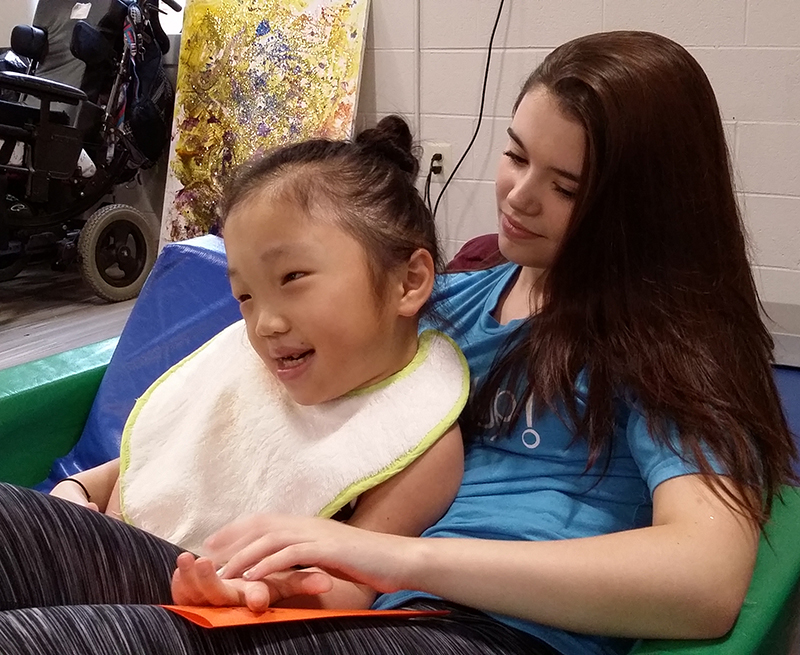 Summer wrapped up in style at St. Edmond’s Home for Children in Rosemont, where a popular annual camp closed out its 2018 session with Mass followed by a barbecue on Aug. 16.

A tradition for more than 20 years, Camp Rainbow provides eight weeks of full-day programming for children at St. Edmond’s, an intermediate care facility for children aged six weeks to 21 years affected by a range of profound physical and intellectual disabilities.

The first Catholic home of its kind in the United States, St. Edmond’s is part of the continuum of care offered through the developmental programs division of archdiocesan Catholic Social Services (CSS).

For counselors and campers alike, Camp Rainbow is the highlight of the summer.

The home’s 43 residents were joined by nine campers from the local community for a mix of fun and educational activities, including swimming, cooking, crafts and gardening as well as “snoezelen,” a multisensory environment experience designed to reduce anxiety and to stimulate communication skills.

In addition, campers enjoyed frequent outings to nearby attractions such as the Adventure Aquarium, Dave and Buster’s, and the Upper Darby Summer Stage.

Each week of the camp has a particular theme around which activities are centered. Disney characters and the television show “Survivor” inspired this summer’s most popular weekly themes, said Julia Vivanco, the activities coordinator for St. Edmond’s.

“Competition is a huge part of this camp,” said Vivanco, who has directed the summer sessions for the past 13 years. “The counselors and the staff are big on competition, which just brings a whole crazy but friendly energy to it all.”

In one face-off, teams of both campers and counselors vied for top honors in a fashion show that required them to design outfits from trashbags, tape and dollar-store trinkets.

“One team came up with a mermaid costume, and another with a ninja outfit,” Vivanco laughed. “I can’t even tell you how creative it was.”

That same creativity was in evidence during the camp’s July 4 “fireworks” display, during which students drove their wheelchairs over sheets of bubble wrap to make popping noises.

“We have an extended school-year program here, so the kids work on their goals from their individualized educational plans,” she said.

The camp’s closing ceremonies are always “bittersweet,” according to Denise Clofine, administrator of St. Edmond’s Home.

“We’ve had another really successful camp, but we’re sad to say goodbye,” said Clofine, addressing more than 100 campers and staff at the closing Mass, which was celebrated by Auxiliary Bishop Robert Maginnis. 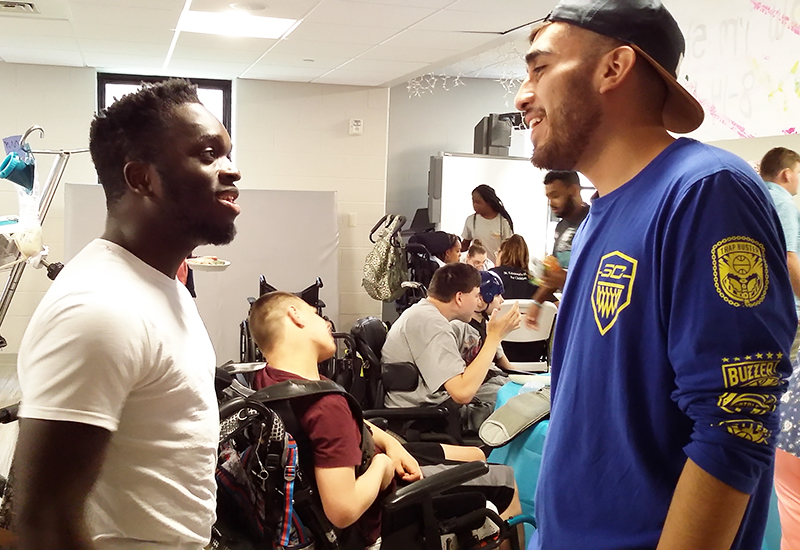 Devontae Stokes and David Muniz discuss their experiences as counselors at Camp Rainbow, a summer program for residents of St. Edmond’s Home for Children in Rosemont. The annual camp offers eight weeks of activities as part of archdiocesan Catholic Social Services’ continuum of care for developmentally disabled children. (Photo by Gina Christian)

In his homily, Bishop Maginnis urged the camp’s counselors – more than 20 area high school and college students – to “go out into the world and do good,” using their time at St. Edmond’s as an inspiration to enhance the world around them.

Many counselors find themselves transformed by their tenure at Camp Rainbow.

“These kids really give you a different perspective on just everything and everyone,” said Kate Skorupski, now in her third summer at the camp.

A junior at Harriton High School in Rosemont, Skorupski was initially daunted by the prospect of working with the campers.

“It’s scary at first, because they’re so fragile,” she said. “But then you realize they’re just like us.”

“Once you actually have a connection with the kids, it’s hard to leave,” said Stokes, a business administration major at Delaware County Community College who has worked at the camp since 2014.

“I never thought I would enjoy working with special needs kids as much as I enjoyed this,” said Muniz, who graduated from La Salle University this year with a major in religion and education. “It’s a labor of love.”

Clofine said that counselors often return to help out at St. Edmond’s while on break from school. One former counselor from the camp’s early years contacted Clofine to advise her that he was “forever changed” by his experience.

Campers equally enjoy their time with the counselors.

“The best part is their company,” said 21-year-old Greg, now in his fourth year at Camp Rainbow.

The camp’s name is a fitting one, according to Vivanco.

“When you think of a rainbow, you have to smile; there’s happiness within it,” she said. “And at the end, there’s a pot of gold – and that’s our kids.” 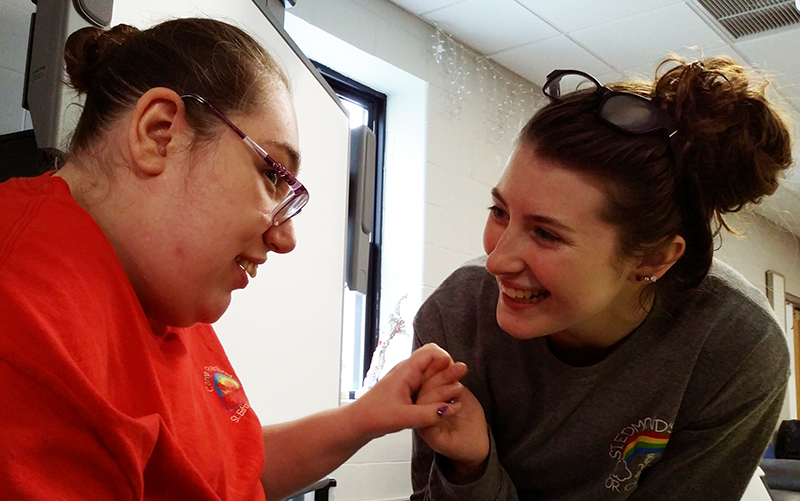