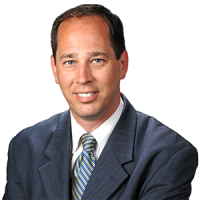 The Catholic dioceses of Pennsylvania should set up a fund to compensate survivors of clergy sexual abuse in lieu of the legislature lifting the statutes of limitation on civil lawsuits on abuse, according to the Republican leader of the state Senate.

State Sen. Joseph B. Scarnati, president pro tem of the Senate, said in a statement Aug. 29 that a proposed retroactive window on civil lawsuits now time-barred under state law because the claims are beyond the statute of limitations is likely to be found unconstitutional in Pennsylvania.

The “remedies clause” in the state constitution prohibits a retroactive change to civil and criminal statute of limitations, according to Scarnati. While he supports a constitutional amendment to change the statutes, he said “it is an extended process and has no absolute certainty” of succeeding.

The process of amending the constitution requires a bill to pass both the state House and Senate, with the governor’s signature, in two consecutive legislative sessions.

Scarnati acknowledged the horror that at least 1,000 victims of sexual abuse endured at the hands of hundreds of clergymen over 70 years in Pennsylvania as detailed in the grand jury report released Aug. 14.

Himself a Catholic parishioner in central Pennsylvania’s 25th Senate district, Scarnati said the Catholic Church has admitted the wrongdoing of clergymen and their superiors.

But “admitting the failing is not enough – the church must continue to remove any priest who was implicit in this ordeal, as well as provide restitution for victims,” he said.

“The church needs to establish a victim support fund this year to make restitutions to its victims” and “to prevent abuse from happening in the future.”

Scarnati said such a fund should be “administered by a neutral third party to ensure fairness and objectivity,” without elaborating on who the administrator, such as a state legislative body, private committee or executive department, should be.

“While financial support cannot change the past, it has the potential to aid victims as they attempt to move forward,” Scarnati said.

Catholic dioceses in Pennsylvania appeared to support Scarnati’s preference for a victim’s compensation fund over opening a path to civil lawsuits against the church.

A statement by the Archdiocese of Philadelphia on Aug. 30 said “some victims” are barred from suing under the state constitution “and statutes of limitation serve a needed purpose.”

Nonetheless the archdiocese said it believes “these victims are entitled to help.”

The statement said the archdiocese’s “on-going approach” to supporting victims includes paying “more than $10 million in recent years to help hundreds of victims, regardless of whether their claims are barred. Thus, we are receptive to any fair and reasonable program to help victims whose cases are barred.”

The Diocese of Harrisburg said in a statement that it is “considering a number of options to better support survivors of child sexual abuse and we are certainly open to talks regarding the establishment of a fund to assist survivors. As many in the legislature have determined that a lookback provision to the statute of limitations is unconstitutional, this may be the best path forward to assist survivors.”

In the Erie Diocese, Bishop Lawrence Persico said he has “directed our lawyers to collaborate with the Pennsylvania Legislature to develop an acceptable and appropriate program to make restitution to victims.”

The bishop, who was the only Catholic prelate lauded by state Attorney General Josh Shapiro for his cooperation with the grand jury, said he was “prepared to help work out the details” of the proposed fund “administered by a neutral third party to ensure fairness and objectivity.”

Other dioceses in the state issued similar statements of support for the proposal.

A victims compensation fund was established by the Archdiocese of New York in 2016 in response to a similar push in the New York legislature for lifting the statute of limitations on civil lawsuits for clergy sexual abuse in that state.

The New York Archdiocese reported as of late 2017 its fund had paid out $40 million to 189 abuse survivors from more than 200 initial claims. The fund is administered by two lay people said to have “complete autonomy in deciding compensation” to victims, and the archdiocese “has agreed that it will abide by their decisions,” according to a document from the archdiocese.

Catholic officials in Pennsylvania did not confirm the potential amount of the proposed fund, rumored to be around $250 million.

Current state law allows victims of sexual abuse that occurred before they were 18 years old to bring a civil suit against their abuser only before they turn 30 years old. Criminal charges can be brought against an abuser only until the victim turns 50.

Many victims say the law is inadequate because the trauma of sexual abuse is so destructive that they cannot muster a legal response before age 30.

The Pennsylvania grand jury report included among its recommendations that the state’s statute of limitations laws be reformed.

Scarnati pointed to a reform bill that he sponsored and that passed the state Senate 48-0 last year.

It would give victims until age 50 to sue their abuser and the abuser’s employer for negligence in preventing the abuse. The bill also would lift the statutes of limitation on criminal charges against sexual abusers and individuals who may have known about the abuse and failed to prevent it.

All the provisions of the bill, SB 261, are for claims and charges going forward, not retroactively to the past where most incidents of abuse are documented to have occurred.

The bill has been stalled in the House since 2017, and Scarnati urged the representatives to pass it this year. The House returns to session Sept. 12.

Anyone wishing to report an allegation of sexual abuse should contact their local law enforcement agency;  ChildLine, which is staffed by the state Department of Public Welfare at 1-800-932-0313; and/or the Archdiocese of Philadelphia’s Office of Investigations at 1-888-930-9010.