How can human dignity be preserved and enhanced through public policy? 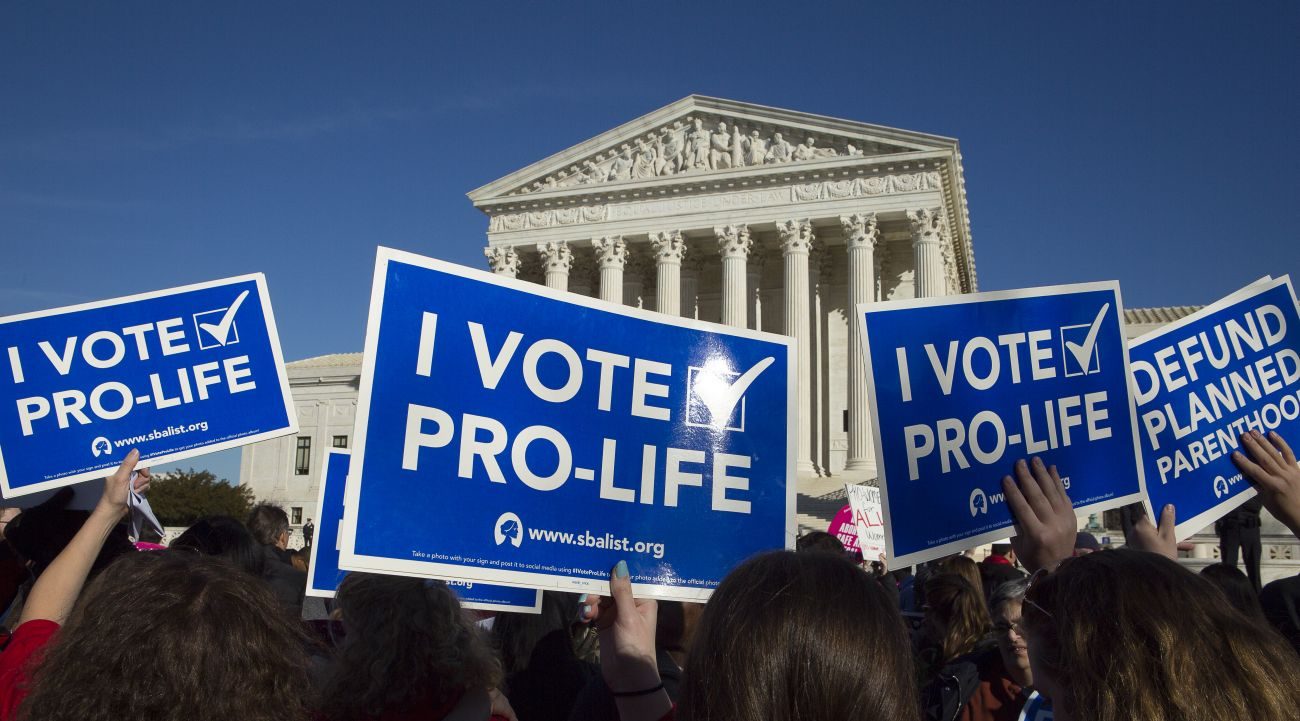 Pro-life advocates gather near the U.S. Supreme Court during the annual March for Life in Washington Jan. 19. (CNS photo/Tyler Orsburn)

Former Vice President Joe Biden started it. Speaking July 21 in Phoenix to the League of United Latin Citizens about the Trump administration’s immigration policies, Biden, who is considering a presidential run in 2020, said, “We’re in the midst of an all-out assault on human dignity.”

He added, “Yes, at the border, but also in the courtroom, in the classroom and on the factory floor.”

The trend continued Aug. 2, when Pope Francis ordered a revision to the Catechism of the Catholic Church to say that capital punishment was “inadmissible,” stronger language than what St. John Paul II used in 1997 when he ordering a revision to the catechism on the death penalty.

It may mark a new dawn of public policy being judged by its effect on human dignity.

It’s already being played out in a Nebraska court, where a German drug company wants to stop the state from using its drugs to carry out an execution.

“Human dignity is something promised to each of us and which we retain regardless of the harm we have suffered or caused,” said an email to Catholic News Service from Krisanne Vaillancourt Murphy, executive director of the Catholic Mobilizing Network, which works to abolish the death penalty.

“Working to end the death penalty alongside those on death row and murder victims’ family members is a concrete way to uphold human dignity,” Vaillancourt Murphy added. “State-sanctioned killing is an affront to our God-given dignity. With Pope Francis’ recent catechism revision, Catholics are emboldened to proclaim that all life has value and that absolutely no one is beyond redemption or out of reach of God’s love.”

“We at CMN are deeply invigorated by the recent revision of the Catechism, which calls the death penalty for what it is: ‘an attack on the inviolability and dignity of the person,'” Vaillancourt Murphy said.

In the life-issues area, “One thing we can certainly all do is to pray and educate,” said Tom Grenchik, executive director of the U.S. bishops’ Secretariat for Pro-Life Activities.

Although it began July 27, Grenchik invited Catholics to join in a novena for the legal protection of human life. It runs Fridays through Sept. 28.

In a July 27 statement, Cardinal Timothy M. Dolan of New York, chairman of the bishops’ Committee on Pro-Life Activities, said he hoped the “recent change in the Supreme Court” — an apparent reference to the nomination of Judge Brett Kavanaugh to replace now-retired Justice Anthony Kennedy — will bring the United States “closer to the day when every human being is protected in law and welcomed in life.”

Anthony Granado, director of the bishops’ Office of Domestic Social Development, noted how his office handles but a fraction of the human-dignity portfolio of the Department of Justice, Peace and Human Development. The Office of International Justice and Peace “works on everything from nuclear policy to peace in the Middle East,” he noted, while the Catholic Campaign for Human Development promotes grants to help low-income communities.

Yet Granado’s plate is quite full. “We cover a variety of areas that touch on human life and dignity — nutrition, to the death penalty … criminal justice reform, to promote restorative justice not only for people who have been impacted by crime, but also for those who commit crimes. We work on low-income programs of all sorts. … We work on labor issues. In all those issues, really at the end of the day, we are speaking about human dignity and justice,” he said.

There is hope, Granado told CNS, about a criminal justice reform package being adopted by Congress before the end of the year with bipartisan and White House support. A revised farm bill is making its way through Congress, stripped of many of the things that scuttled its initial journey in the House.

But much of what Granado has to do is just that: keep policies from making things worse.

He cited a much-discussed but still unveiled proposed rule change that would alter people’s immigration status if they were to apply for federal benefits like Temporary Assistance for Needy Families or the Supplemental Nutritional Assistance Program — in effect, forcing them to choose between federal help now and the promise of citizenship later.

“A lot of offices, including my own, are working on tax policy. The House Ways and Means Committee may release a reform called Tax 2.0, focused on reducing further individual tax rates, making them permanent. They’re talking about further reducing the corporate tax rate from 21 to 20 percent,” Granado said. And there’s a provision that would rejigger deductions for charitable giving in such a way that an estimated $13 billion less would be given to nonprofit organizations.

“Federal programs won’t be serving as many people anymore,” Granado said. “Coupled with a reduction in charitable giving to the same nonprofits and faith-based groups that help low-income people, that’s a double whammy.”

“Much of the work we do in human dignity is respected by having the people participate in the resolution of their own issues and their problems,” said Sean Callahan, CEO of Catholic Relief Services, the U.S. bishops’ overseas relief and development agency.

Callahan cited the example of CRS helping some citizens in the Central African Republic rebuild their houses in a town north of Bossangoa; the country, which has experienced three coups in the past 40 years, has been beset by civil strife since 2012.

“As people were going to their houses as they try to rebuild, we were asking them how were the materials we gave them; would they like something different?” Callahan said.

CRS is different “because we work internationally. The interpretation of human rights and the respect for them is valued differently in different areas in different countries,” Callahan said. “And sometimes the right to protect your own citizens does not correlate with the right of migration.”

On the domestic front, though, “we’ve created a very negative narrative of the stranger and where they’ve gone to,” Callahan told CNS. “The Holy Family they weren’t migrating for jobs. They were migrating because they didn’t want their child to be killed.”

In the public policy realm, “we’ve got some great opportunities, to be perfectly frank. And I think we’ve seen it with the coalescing of the Catholic Church in the United States that those children at the border should not be separated from their families. Regardless of your political situation, people in the United States are in agreement on that.”

In following Pope Francis’ lead in working with the Orthodox, Jews and Muslims, “it’s not doing something alone, it’s doing something together. For the future of the Catholic Church and other religions to address a lot of the concerns this coming generation coming up, the millennials,” Callahan said. “We need more and more of our youth and young people to be leaders.”