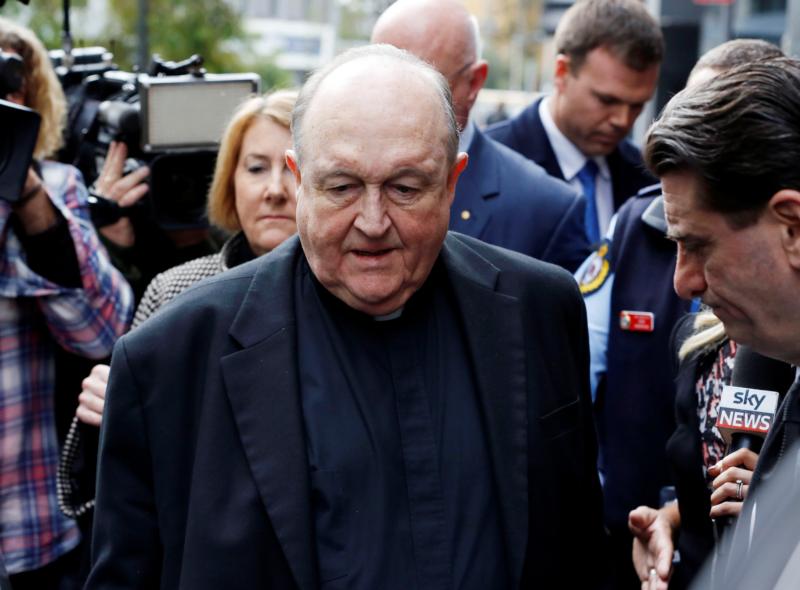 ADELAIDE, Australia (CNS) — An Australian judge approved home detention for Archbishop Philip Wilson, the retired archbishop of Adelaide who was found guilty of failing to report child sexual abuse allegations in the 1970s.

The archbishop’s lawyer said Aug. 14 that the archbishop will appeal his conviction but would begin serving his sentence immediately. He was sentenced July 3 to one year’s detention, but with the possibility of parole after six months.

The Newcastle Magistrates Court ruled that he could serve the sentence at a relative’s house; Australian media reported that it would be the home of his sister. He will be required to wear a location monitor.

When Archbishop Wilson was convicted in May, he stepped aside from his duties in the Adelaide Archdiocese while remaining the archbishop. In late July, however, he offered his resignation to Pope Francis, explaining in a statement that “there is just too much pain and distress being caused by my maintaining the office of archbishop of Adelaide, especially to the victims of Father (James) Fletcher.”

“The arrangements made by Pope Francis for the care of the archdiocese by the apostolic administrator” remain in place “while the search for a new archbishop continues,” said a statement released by the archdiocese Aug. 14.

“Bishop O’Kelly said he was keeping Archbishop Wilson in his prayers as he formally commences this stage in his life, while also remembering the victims and survivors of abuse in the church,” the archdiocesan statement said.

A Newcastle court found that, in 1976, then-Father Wilson had been told by a 15-year-old boy that he had been indecently assaulted by a priest, but that Father Wilson chose not to go to the authorities despite believing the allegations were true. Father Fletcher, the abusive priest, was convicted in 2004 of nine counts of child sexual abuse and died in 2016 in prison.

NEXT: Moncton archbishop: Seeking justice for abuse victims is key to a brighter future