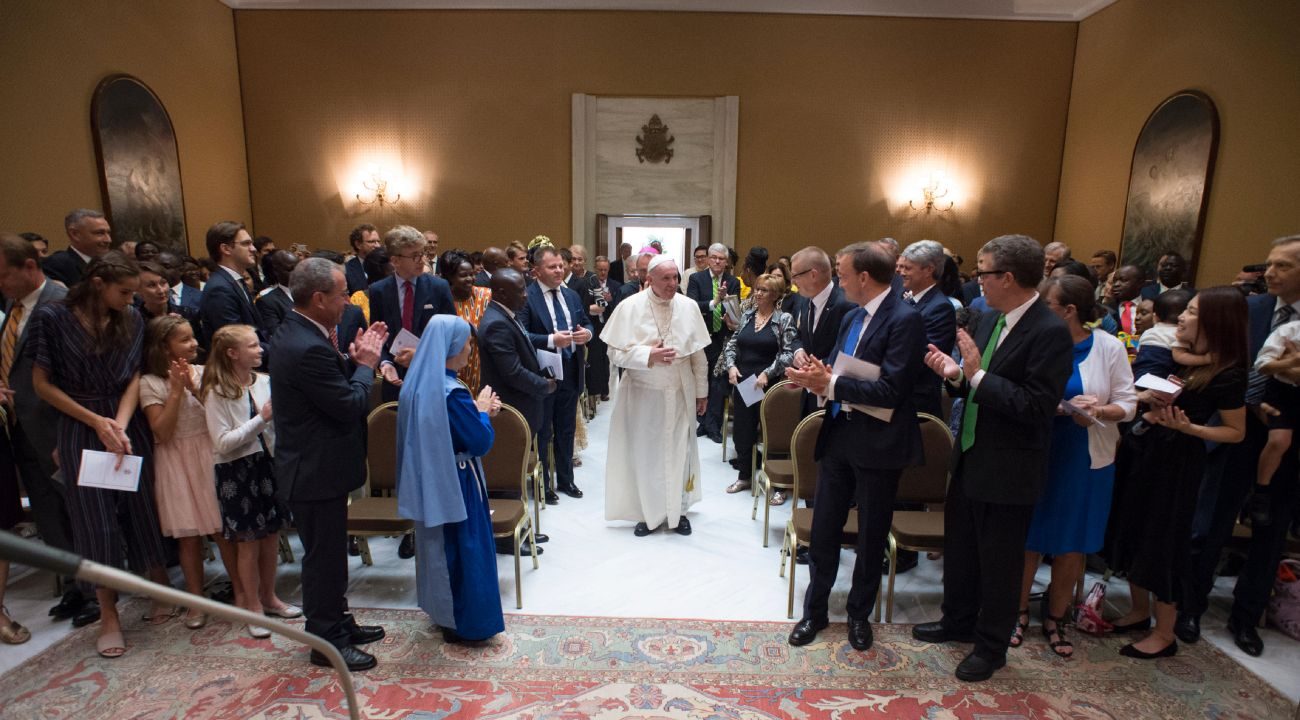 Pope Francis arrives for an Aug. 22 audience at the Vatican with participants in the annual meeting of the International Catholic Legislators Network. (CNS photo/Vatican Media)

VATICAN CITY (CNS) — Catholic legislators must defend religious freedom around the globe, but they must take care to ensure they do not fall into the trap of showing disrespect toward or intolerance of other religions while doing so, Pope Francis said.

The pope met Aug. 22 with participants in the annual meeting of the International Catholic Legislators Network and the group’s “freedom summit.”

According to the group’s website, the network began in 2010 “as an independent and nonpartisan international initiative to bring together practicing Catholics and other Christians in elected office on a regular basis for faith formation, education and fellowship.”

Pope Francis told participants that the Christian politician is called “to try, with humility and courage, to be a witness” to Christian values and to propose and support legislation in line with a Christian vision of society and of the human person.

The situation of Christians and other religious minorities in some parts of the world has “tragically worsened” due to “intolerant, aggressive and violent positions” even in countries that claim to recognize the freedom of religion, he said.

NEXT: Panelists urge families to come up with media plan to help protect minors